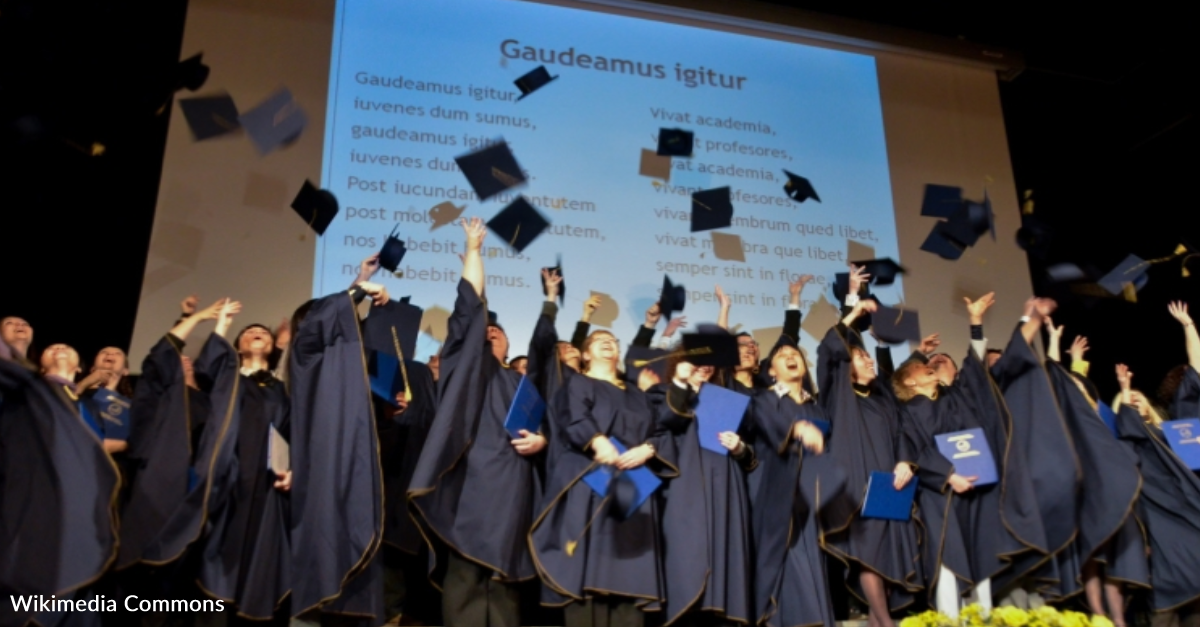 The University of Nevada just celebrated having its youngest graduate in the history of the school.

On December 14, 2021, UNLV saw 15-year-old Jack Rico graduate with a bachelor’s degree in history, making him the youngest graduate of the school.

If that wasn’t an impressive enough feat, it’s not even Rico’s first degree! He holds four other associate’s degrees, which he began working on at the tender age of 11.

By age 13, Rico held four different associate’s degrees and was accepted on a full scholarship to UNLV to study history.

According to King 11 News, Jack said, “Every now and then I’ll get like a shocking reaction from someone, but most of my classmates are really accepting of me, they don’t treat me as a kid, they treat me as an equal.”

According to a release from the school, Jack credits his academic success to the school’s resources, his own organizational skills, and his mom, Ru Andrade.

Despite his incredible achievements at such a young age, Jack’s academic journey wasn’t always a smooth one. In fact, Jack struggled academically in school in his early years and failed third grade. It was because of his failure that Andrade and Jack decided they needed to do something different moving forward.

After talking over their options, they both decided that homeschooling would be the best route, and that’s when Jack’s academic journey really took off. Speaking with King 11 News, Andrade said, “At 11, he was smarter than me and I knew that I had given him everything I had and that he probably needed better teachers.”

Going back into public school wasn’t going to push Jack to succeed, so they decided to explore college options and that’s when they found a community college to work with. And, the rest is history!

Jack maintained a 4.0 GPA throughout his college career and plans to continue his education with a master’s degree.

Watch the video below to see more of Jack:

Singer Surprises 6-Year-Old Fan Who Beat Cancer With Trip To Disney
Ethnic minority workers are paid 84% of what their white counterparts receive
Want to Change the Time You Take Your Birth Control Pill? Here’s How to Do It
Prising open the trap: Getting to grips with targeted cancer drug resistance
Engineering hairy cellulose nanocrystals to capture chemotherapy drugs