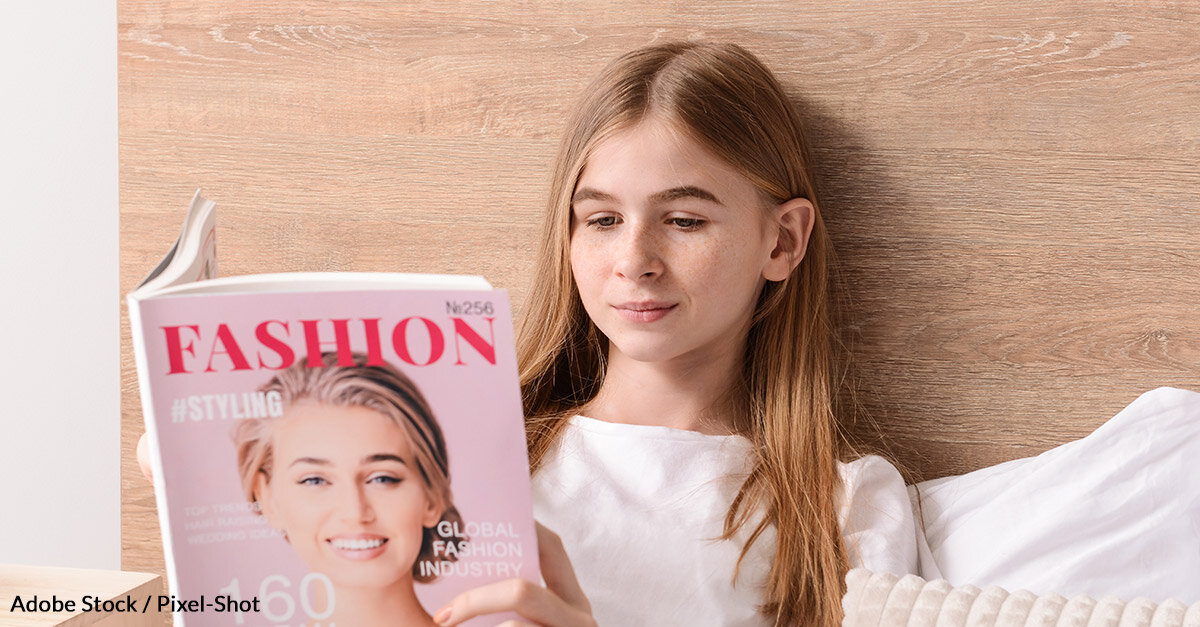 With so much emphasis placed on women’s looks in fashion media, it’s a struggle to go through life without falling prey to stereotypes and images of the perfect body.

You can’t walk down the street without being confronted with images of skinny girls and beautiful models. Imagery like this is what perpetuates eating disorders and anguish girls experience in trying to fit the mold.

Many news organizations hold strict rules against photo manipulation, which fashion, women’s and lifestyle publications are more lenient towards. Though it is not stated outright, retouching and thinning models and celebrities is not just standard procedure, it’s expected and often demanded by publicists for such magazines.

“We’re always stretching the models’ legs and slimming their thighs,” a Manhattan-based photo retoucher told NEWSWEEK, not revealing their name for fear of professional backlash. “Sometimes I feel a little like Frankenstein.”

Former model Georgina Wilkin, 23, a former model developed an eating disorder because of the pressures of the job.

“I’ve had a few times where I’ve worked for a magazine and the magazine’s come out and I hardly even recognize myself. My legs have been skimmed off, my pores have been eliminated, my nose has been straightened,” she told the BBC. “I felt awful – you feel that what you are as a human being isn’t good enough.”

The effects of airbrushing aren’t limited to models, either. A study on the exposure of such airbrushed images on young women found that while girls typically begin to learn about the airbrushing process around 7th grade, they have not developed the knowledge to protect themselves against the implications of airbrushed images until they are older adolescents. And younger girls have even less defense against these tactics.

The result is almost always reduced body image, which can have damaging effects in the long term.

Today’s teen magazines do little to stop enforcing the stereotype; airbrushed photos and tiny models are still the norm. But that’s not how real women look. These magazines are tricking girls into thinking their dreams can come true if they are thin and beautiful.

In 2011, Seventeen published an eight-point “Body Image Treaty,” pledging their commitment to “celebrating every kind of beauty.” This includes:

The effects of airbrushing women’s bodies are far too damaging to justify selling extra magazines. We need magazines to join the fight in helping girls reach their fullest potential — no matter what they look like or choose to wear — by adopting the same code.

Women’s Magazines: We Want the Truth! Airbrushed images can have damaging effects on young women in the long term.

Call on womens magazine publishers to honor the “Body Image Treaty,” and celebrate healthy women of all shapes and sizes.

Demand an end to the lies!

10 Ways You Can Nurture A More Sustainable Garden
How Dreams Might Prepare You for What’s Next
Which vitamins and minerals help with COVID?
Controlling insulin production with a smartwatch
Several Factors Contribute to GI Bleeding Mortality Risk