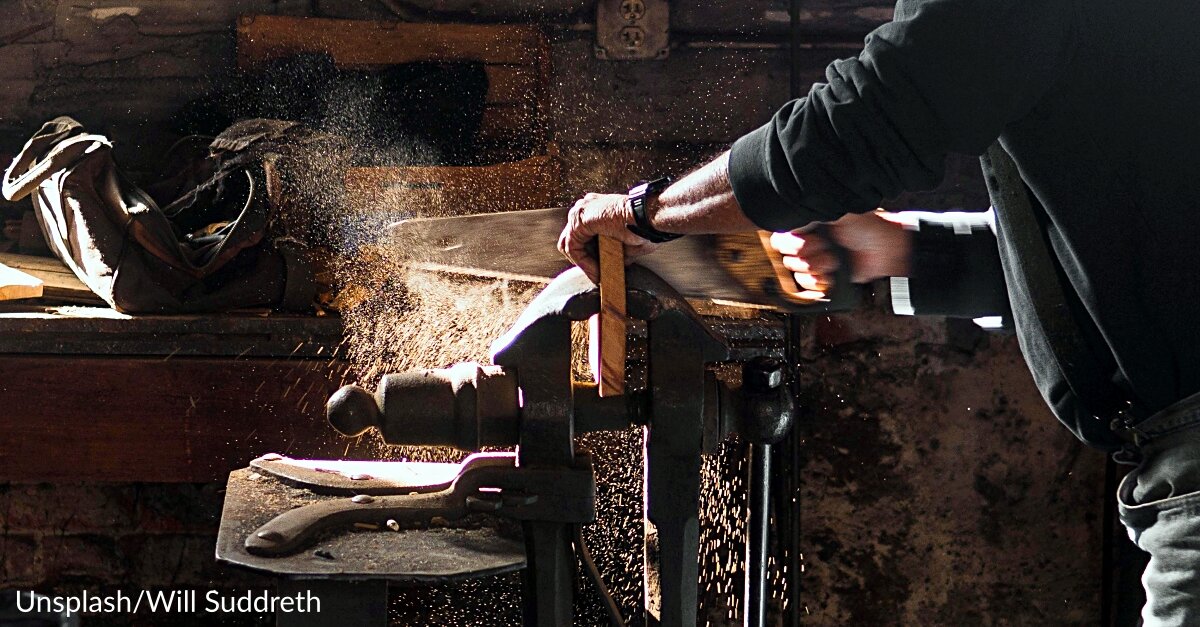 Looking at John Furniss’ beautiful woodwork, you would never know he was blind.

Dubbed “The Blind Woodsman,” he uses his spatial memory, along with a special measuring tool, to create incredible, one-of-a-kind pine canisters, farmhouse bowls and more.

“I got the hang of it right away, really. I’ve got a very visual imagination and really good spatial awareness. So I was able to work it out almost like I’ve got a computer program in my mind,” Furniss told Portland Monthly. “I see it right in front of me, and I can move it this way, change its shape, color, layers, whatever.”

Furniss lost his eyesight, as well as his sense of smell, after he attempted suicide at the age of 16. To make matters worse, he was convicted with a felony in Colorado after telling someone where they could buy marijuana before it became legal.

Between being blind and having a felony on his record, finding a job was nearly impossible for Furniss. But soon he would get a job repairing pianos, although he was quite unhappy with it.

Enter Anni, Furniss’ wife. The two met in 2012 when he was studying at the Emil Fries School of Piano Technology for the Blind. She was there to help with a fundraiser, and the two of them instantly clicked.

Anni knew how unhappy Furniss was with his job, so she encouraged him to quit. At the same time, a job counselor told Furniss how incredible his woodworking skills were. That’s when Furniss decided to make it his full time job.

Today, Furniss is much happier doing woodworking, and has even gone viral for his work. His wife recorded videos of him doing his woodwork, which has more than 4.7 million likes on TikTok.

“I really enjoy being a motivational speaker,” Furniss told Portland Monthly. And I’ve been able to do that on literally a global scale because of TikTok. We’ve messaged back and forth with a man and his son in Portugal. We’ve had messages from people in Peru, Australia, and I have a really big German following,” John says. “We thought, that’s really popular among them, we might as well take a gander into their world. And it has turned into an extraordinary thing.”

Learn more of Furniss’ story and amazing woodworking in the video below: