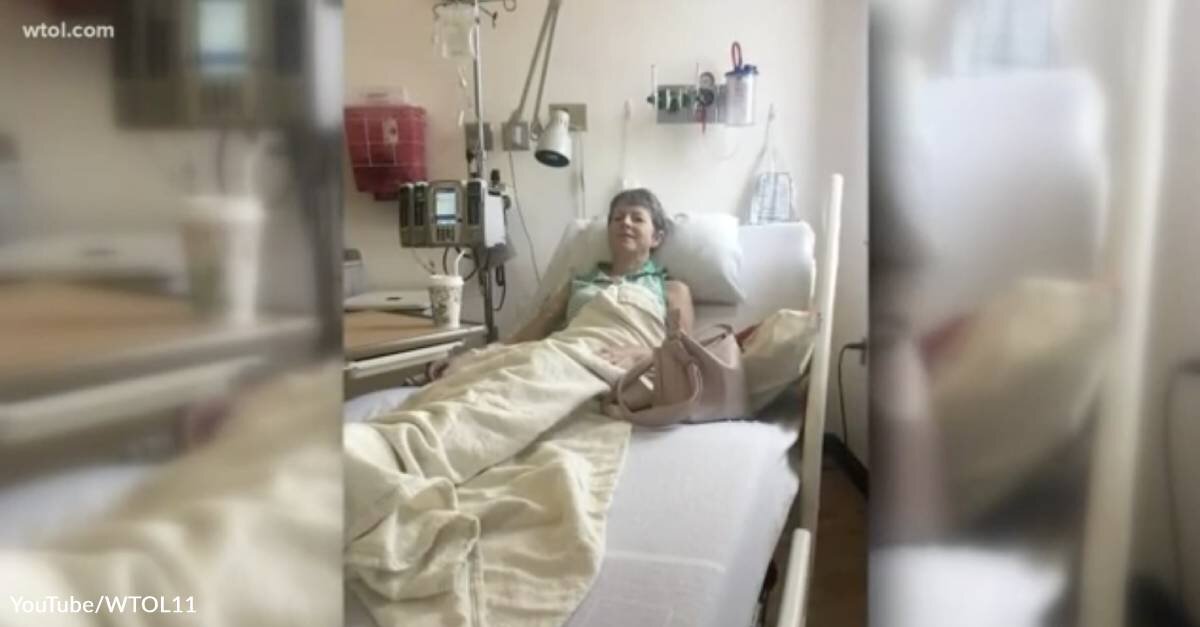 Suzy, a mother and grandmother from Toledo, Ohio, was in New York City on business when she discovered a lump in her breast. She says she knew immediately that it was cancer.

Given her family history, Suzy decided to be aggressive in her cancer treatment. She underwent chemotherapy and was gearing up for a double mastectomy when doctors discovered she also had another type of cancer. She’d been having breathing issues, and a scan revealed primary-site lung cancer. She had to have surgery to have part of her lung removed first and then proceed to get the double mastectomy.

After that surgery, she encountered further issues trying to get reconstructive surgery. The operation was canceled and rescheduled several times, leaving her to begin wondering if she should even have it at all. Eventually, she decided to forego the surgery and “go flat” instead.

“It was like a huge boulder was lifted off of me,” she says.

Following so many medical procedures and surgeries, Suzy found herself mostly wearing comfy clothing. But when she was invited to a wedding and began looking for something to wear, she found that she didn’t like the way any of her clothes fit.

“I never really thought about it until it was time to really put on something nicer than a sweatshirt or a button-down flannel,” she remembers. “Then I started to look around and think, ‘Wow, a lot of this stuff doesn’t work for me anymore.’”

In fact, she couldn’t seem to find clothing anywhere that was flattering on her new flat figure.

“Women’s clothing is designed to have an area to pull out in the front and when it doesn’t pull out, it ends up just looking very baggy, boxy, and just not flattering,” Suzy says.

The topic became one of many she discussed on her new cancer blog, “Suzy Talk.” On the blog, which her daughter helped her set up, Suzy talks about her cancer story and the things she’s gone through as a cancer patient and survivor, including the need she sees for a change in fashion. She believes more brands should be conscious of the many varieties of body types their clothes are dressing, including post-mastectomy patients who have opted not to get reconstructive surgery.

Of course, in the meantime, Suzy has come up with her own ways of getting around this problem. She’s found that layering cardigans over her fitted tops takes attention away from the poor fit of the bodice area, for example.

Suzy says she’s not asking anyone to design an entirely new line of clothing, but she does hope that some big brands will sit up and take notice and consider making some “tweaks” to their clothing.

“I want to be the voice that says, ‘This dress is beautiful. This one little tweak would really help a big community of people,’” she says.

Check out the video below to learn more about Suzy’s unique story and her hopes for clothing lines across the nation over time.