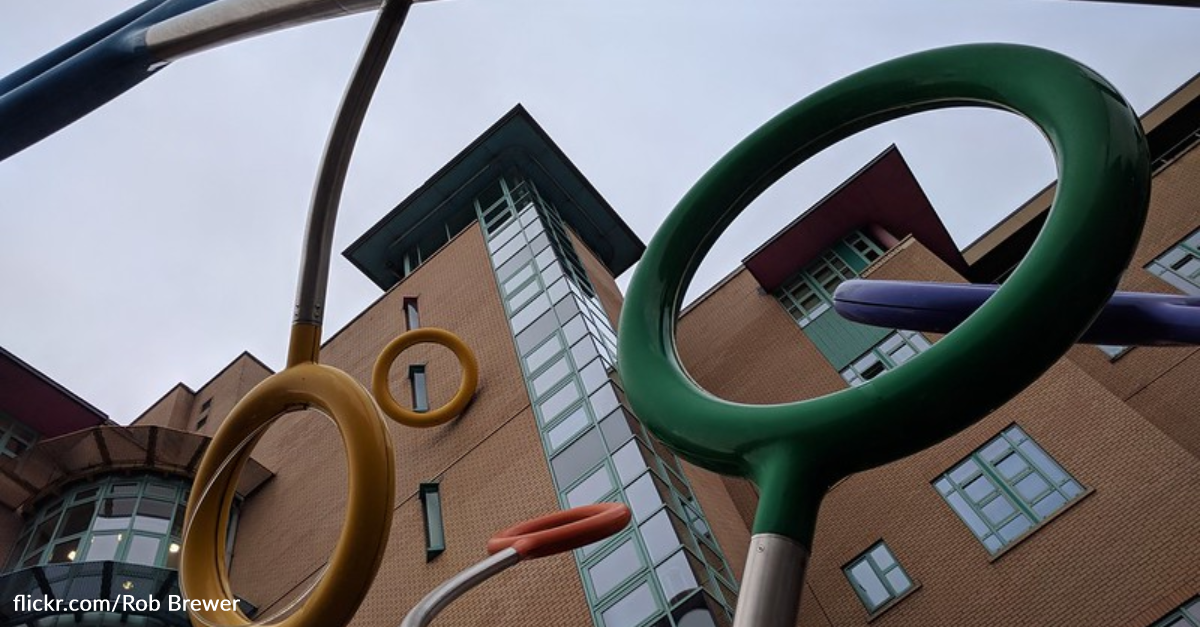 Dropping your kid off at college is an emotional time. It’s the end of an era, as they’re often moving out for the first time and starting life on their own.

For Martin Dorey and his 18-year-old daughter, Maggie, it was especially emotional but they had no idea how emotional it would really be.

When they both got up to the dorm room, they looked out the window and realized they had a perfect view of the hospital room Maggie had stayed in for six months as a child fighting for her life.

According to the Washington Post, 54-year-old Dorey said, “It felt like we had come full circle. It was a significant moment in Maggie’s life.”

Maggie spent six months at the Bristol Royal Hospital for Children as a young toddler. The Washington Post reported that just after her first birthday, she was diagnosed with myeloblastic leukemia, a cancer found in bone marrow and blood.

Maggie would spend the next several months after her diagnosis undergoing intensive medical treatments, such as chemotherapy.

Miraculously, Maggie eventually went into remission, but she and her family would never forget what they went through.

Dorey shared a Tweet about the view they had from Maggie’s new dorm room. He said, “Dropped Maggie at uni in Bristol today. From her new room you can see the room at Bristol Children’s Hospital where, 17 years earlier, she spent 6 months fighting for life against leukemia. Tears of joy. Thank you NHS.”

Dropped Maggie at uni in Bristol today. From her new room you can see the room at Bristol Children’s Hospital where, 17 years earlier, she spent 6 months fighting for her life against leukaemia.

Incredibly, one of the nurses that cared for Maggie during her time there happened to see the Tweet! Charlotte Higby was part of the nursing team that saved Maggie’s life. She commented, “Wow — that gives me goosebumps! As a nurse who looked after Maggie all those years ago, I can’t tell you how much this post means. Have an amazing time Maggie.”

Higby went on to say that she never forgot Maggie and still thinks about her at times.

Many people were touched by the exchange, and it didn’t take long for the post to go viral. With the attention on his platform, Dorey is hoping to encourage people to support kids with cancer:

If anyone wants to support kids with cancer you can donate to:@YLvsCancer who provide support for families.
My friends @CHSW who look after kids with life limiting illnesses. And @careforkidsND who provide patient support for the kids ward at my local hospital. All legendary.

On legacy giving: “It allows me to give something more meaningful than I could in my lifetime”
Medicare Patients Don’t Compare Plans
Do You Need to Bring Your COVID Vaccine Card to Your Booster Appointment? Here’s What We Know
Dr. Scott Gottlieb says Merck’s Covid pill ‘can make a real difference’
The Case for Making Veggie Food Options Truly “Desirable”