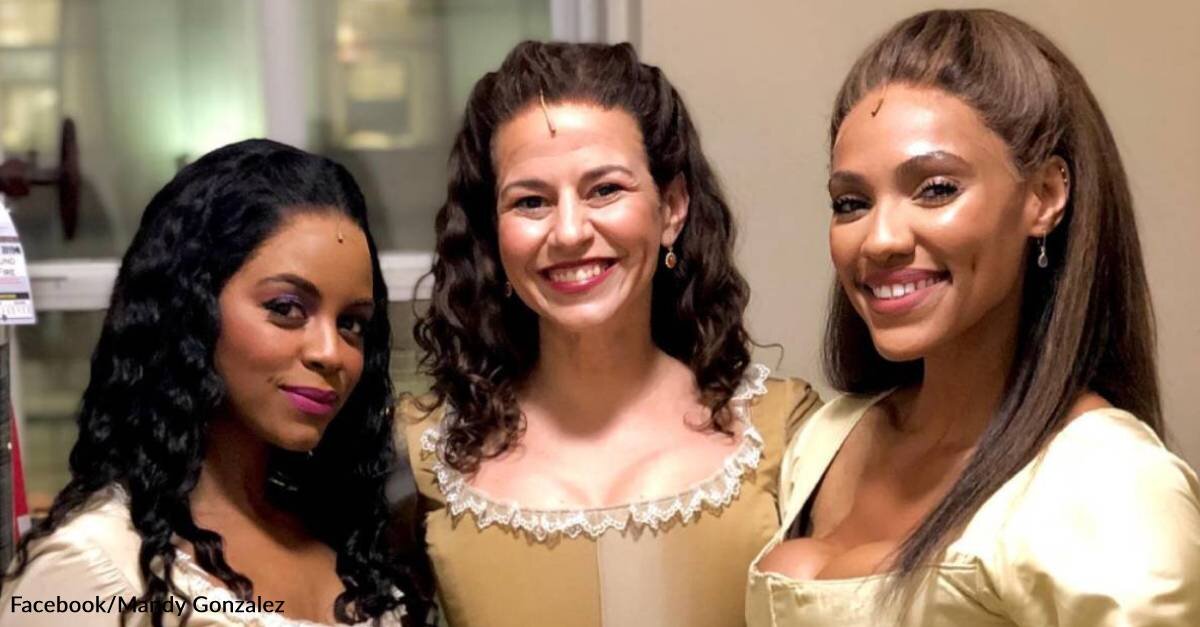 When “Hamilton” actress Mandy Gonzalez was diagnosed with breast cancer, a survivor helped her through the journey. Now, she’s paying it forward by ensuring other breast cancer patients have a similar support system.

Gonzalez is headlining a virtual fundraiser for the nonprofit After Breast Cancer Diagnosis, a Milwaukee-based organization that partners current patients with survivors. They try to match the pairs as closely as possible, with similar diagnoses, ages, and interests. Gonzalez had the same sort of mentor in fellow actress Krysta Rodriguez, who had been vocal about her experiences with the disease.

Gonzalez says, “It was wonderful to have somebody that I could talk to about what I was going through because she understood. She knew what it was like to be a performer and go through this and, you know, have your looks change.”

To help provide the same type of relationship to others, she’ll be singing a variety of Broadway songs for the free “A Night In with ABCD” virtual benefit.

The organization’s executive director Ellen Friebert Schupper says, “Mandy will be performing live from New York City, singing songs from Broadway musicals, sharing personal stories and helping us raise funds to support our free emotional support services. While donations will be accepted, this event is totally free, thanks to sponsors who not only help us continue providing free emotional support services to breast cancer patients, but also allow us to present this special event to anyone who wants to attend it.”

As someone who was treated for breast cancer during the COVID-19 pandemic, Gonzalez understands the need for emotional support during diagnosis even more. When she was in the middle of treatment, her husband and daughter could no longer accompany her due to health protocols. They waited outside in the car with encouraging signs when she had her last treatment, though.

Of the emotional experience, she says, “It was such a roller coaster, but my doctors and nurses and family were with me every step. I feel very lucky for that.”

She also had to stop performing due to COVID-related show cancellations. She had managed to continue during chemotherapy up until then, only stepping back a bit from eight to four or five weekly “Hamilton” performances. Taking the stage was important in getting her through the cancer experience.

She says, “There’s this mentality with theater performers that the show must go on, no matter what. And I think that it really in some ways helped me. Because I had a goal.”

While shows still aren’t quite back on, that performing will help the women benefitted by ABCD’s services for the time being. Gonzalez has also used her voice to push for early detection, as well as more research, telling the Breast Cancer Research Foundation that it’s the reason she got a second act.

A Mix-And-Match Approach To COVID-19 Vaccines Could Provide Logistical And Immunological Benefits
Best Pediatric Endocrinology Hospitals; Standards of Diabetes Care Updated
Skateboarding, Soccer, Track: Nike’s 2021 Olympic Uniforms Are So Sharp and Clean
My Head Hurts After Seeing This Aerial Artist Gracefully Soar Through the Air by Her Hair
New technique can measure metabolic process at the single-cell level