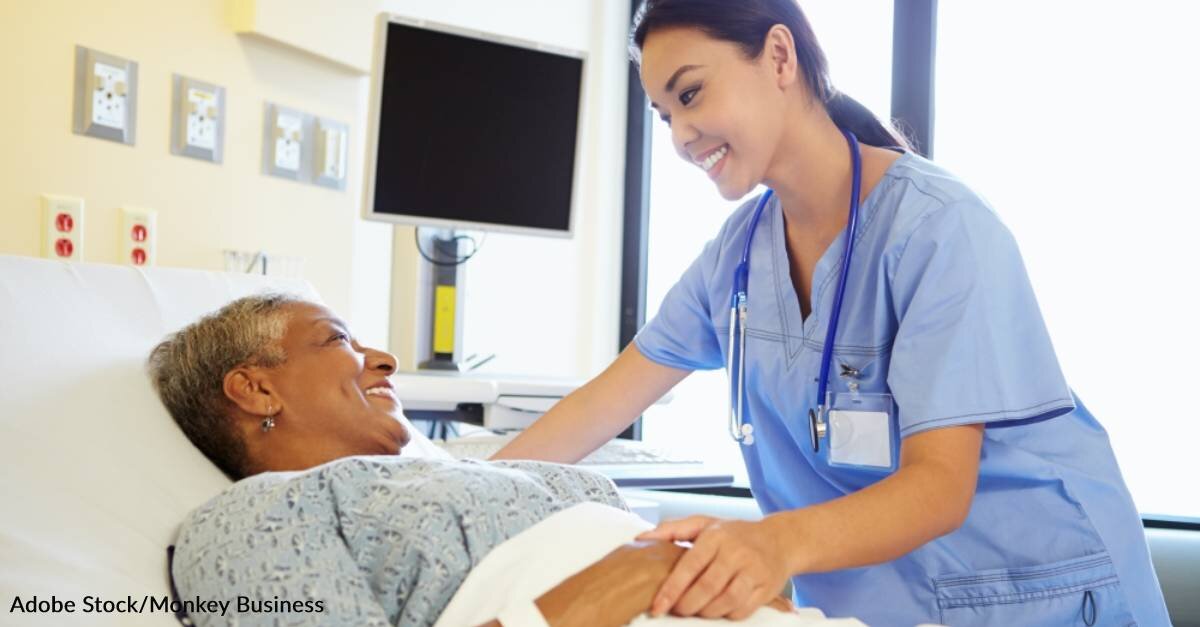 Roughly half of women don’t get their annual mammograms as recommended, with minorities being particularly unlikely to come in for screening, and the issue has gotten even worse since the onset of the COVID-19 pandemic.

The reasons why women are opting not to get mammograms are many, including cost, fear of pain, fear of radiation, fear of bad results, a belief that they’re too young or healthy for breast cancer, lack of time, and more. But the reality is that mammograms are very important for the early detection of breast cancer, so it’s vital that we find a way to convince women to get their mammograms.

Now new data is showing that there may be a simple way to encourage some women to get their mammograms. A research team led by Dr. Waseem Khaliqu from the Johns Hopkins University School of Medicine wanted to see how feasible it was to educate women about the importance of breast cancer screening and book them for a mammogram during their hospital stay.

101 insured but nonadherent women between the ages of 50 and 74 were followed for the study. Each of them were hospitalized for a general medicine service, and the researchers collected data from them such as sociodemographic background, reproductive history, family history of breast cancer, and medical comorbidities.

The researchers found that more women were willing and able to get their mammograms when they were already in the hospital. 79 of the 101 women underwent inpatient mammography screening, and all of them gave a rating of “extremely satisfied.”

The average mammogram took 28 minutes, and it only took an average of five hours and 16 minutes to get finalized results back. 95 percent of the women who underwent screening got their reports back and explained to them before leaving the hospital.

27 women required additional follow-up screening after their initial mammogram. 17 of them were able to receive that screening during their hospital stay, while 10 were referred for follow-up appointments. None of the follow-up mammograms resulted in a breast cancer case.

“The convenience of having screening mammography while hospitalized was reported to be a major facilitator of completing the overdue screening,” the authors wrote.

22 of the women they studied were not able to get a mammogram, either because they were discharged early, they changed their minds, or their conditions worsened and required a higher level of care.

The research, published in the American Journal of Preventive Medicine, also showed that more hospitalized African American women (86.2 percent) received inpatient mammography screening than white patients (75.4 percent). This is an important number, since Black women generally tend not to get screening as often as white women do. Black women also have a higher mortality rate than white women.

“The finding is pertinent because women with poor access to health care are disproportionately from racial minorities and more likely to be diagnosed with late-stage cancers than their Caucasian counterparts,” the study authors wrote.

Roughly 40 percent of women hospitalized between the ages of 50 and 75 years old are overdue for screening or do not adhere to breast cancer screening guidelines. Within this group, roughly a third of women are at high risk for developing breast cancer. The researchers believe coordinating mammography education and screening in hospitalized women who are overdue for a mammogram could be a key tool in increasing women’s overall adherence to screening guidelines.

All the nurses caring for the women in the study said that they thought this practice should become part of standard care for older women. About 66 percent of hospitalist physicians believe this system is feasible for increasing the mammogram rate.

“If this practice were adopted broadly, this would improve adherence to breast cancer screening guidelines, particularly in a cohort of patients at higher risk than in the general population,” the authors wrote. “As hospitals move toward assimilation into accountable care organizations with high functioning electronic medical records, tests needed for preventive care should be made available to patients wherever and whenever they interact with the healthcare system.”

There still remain a few hiccups, of course. The researchers are not yet sure whether health insurance companies will cover the cost of in-hospital mammography screening.