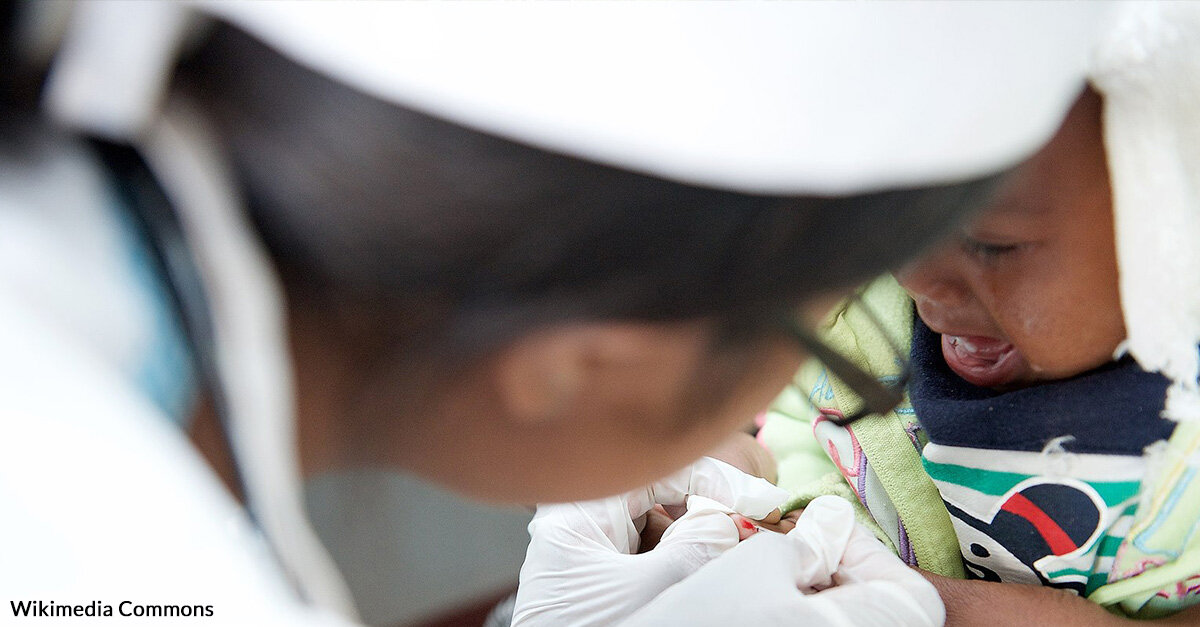 Malaria is one of the oldest, most infectious, and most deadly diseases in the world. With the discovery of a new Malaria vaccine, it’s also targeted for eradication.

Spread by the ubiquitous mosquito, Malaria disease kills nearly half a million people, including 260,000 children under 5, in sub-Saharan Africa every year. Malaria has continued to claim lives well into 2021, but this may be the year we see the death toll begin to fall rapidly, thanks to the new vaccine from GlaxoSmithKline, now approved by the World Health Organization.

According to the New York Times, in children the vaccine helps the immune system fight off Plasmodium falciparum, which is the most prevalent of five malaria pathogens in Africa, and the most deadly.

“As some of you may know, I started my career as a malaria researcher, and I longed for the day that we would have an effective vaccine against this ancient and terrible disease,” writes Dr. Tedros Adhanom Ghebreyesus, the World Health Organization’s director general. “And today is that day — an historic day. Today, W.H.O. is recommending the broad use of the world’s first malaria vaccine. This recommendation is based on results from an ongoing pilot program in Ghana, Kenya and Malawi that has reached more than 800,000 children since 2019. This long-awaited malaria vaccine is a breakthrough for science, child health and malaria control. Using this vaccine, in addition to existing tools to prevent malaria, could save tens of thousands of young lives each year.”

Mosquirix is the first vaccine of its kind developed for any parasitic disease, which are much harder to treat than those caused by bacteria.

“It’s a huge jump from the science perspective to have a first-generation vaccine against a human parasite,” said Dr. Pedro Alonso, Director of the W.H.O. Global Malaria Programme.

We can do better with the tools we have to fight @malaria. Adding a first @malaria @vaccine to the armamentarium offers the possibility to safe 10s of thousands of life’s pic.twitter.com/SQwFe7LrOV

“The vaccine was created in 1987 and began pilot implementation in endemic countries in 2019,” reads a study of the vaccine published in Human Vaccines & Immunotherapeutics. “This first-generation malaria vaccine demonstrates modest efficacy against malaria illness and holds promise as a public health tool, especially for children in high-transmission areas where mortality is high.”

Children who are repeatedly sick are at risk of stunted development, said Alejandro Cravioto, chairman of WHO’s Strategic Advisory Group of Experts on Immunization, one of the expert groups advising the W.H.O. on the Malaria vaccine.

Among children aged 5–17 months who received 4 doses of the vaccine, 36% were effectively protected from Malaria over 4 years. It’s not a perfect medicine, but Mosquirix provides significant benefit in areas with intense malaria transmission, including reductions in malaria cases, overall hospital admissions, and the need for blood transfusions.

The reports that 2.3 million doses of the vaccine have been administered in 3 African countries, resulting in “Significant reduction (30%) in deadly severe malaria, even when introduced in areas where insecticide-treated nets are widely used and there is good access to diagnosis and treatment.”

It took three decades of collaboration between GlaxoSmithKline and a network of African research centers, support from Seattle-based nongovernmental global health agency PATH, and funding from the Bill and Melinda Gates Foundation to develop this Malaria vaccine, STAT reports.

“It has been a long road, and is extremely exciting to finally be able to say that RTS,S could soon be available – alongside other malaria interventions – to more children across Africa,” said Ashley Birkett, head of malaria vaccine development for PATH.

Learn more in the video below.