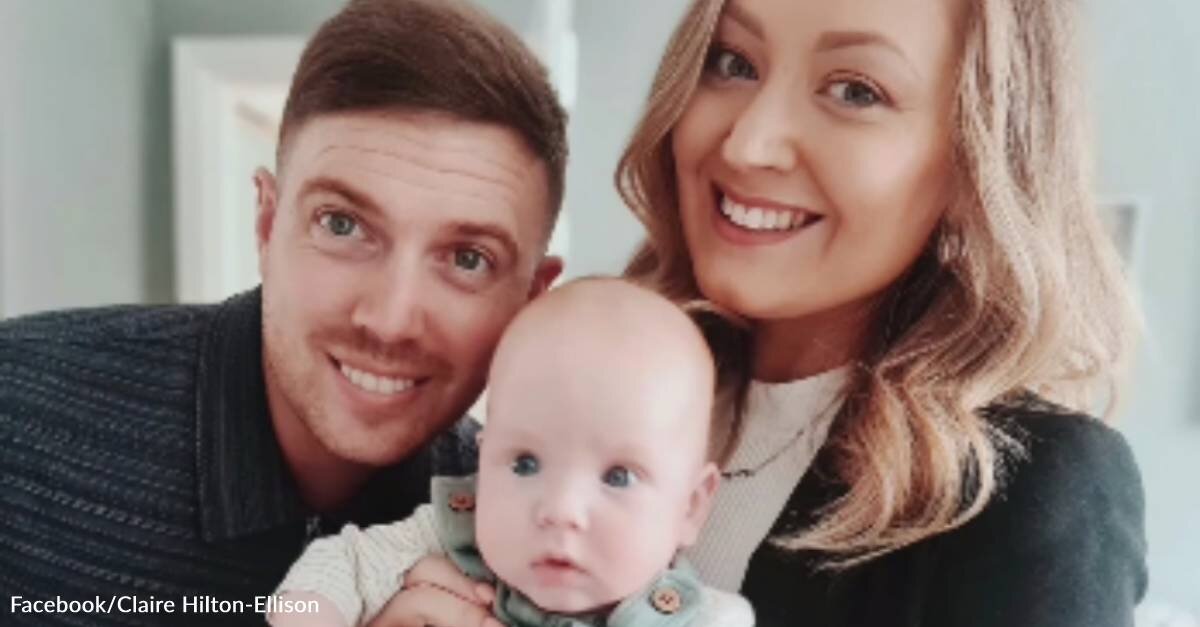 Mothers keep their babies safe from danger every day, but it’s rare that we hear about a baby keeping a mother safe or even saving her life. In the case of 30-year-old Claire Hilton-Ellison and her unborn son, however, that’s exactly what appears to have happened.

At first, Claire’s pregnancy seemed like any other. But as she began to pay more attention to the changes that her body was going through thanks to the hormones or pregnancy, she discovered something unnerving: a lump on her chest.

“I was checking my breasts more regularly when I was pregnant because I was noticing so many changes to them and I just wanted to keep on top of everything,” Claire recalls. “Being pregnant saved my life because if I wasn’t checking I would never have known and it could have been too late for me.”

It was only a pea-sized lump, but Claire had her doctor check it out anyway. In December, at 31 weeks pregnant, she was diagnosed with stage III invasive breast cancer.

“It was quite a hard lump and not really moving, so I went to the doctors to get it checked out, and then I was referred to the breast clinic where they did an ultrasound scan and biopsies,” she says.

“The results came back inconclusive, so the doctors had to do more biopsies, but they had told me that they suspected it was going to be breast cancer. I am glad they were honest with me about this, because it softened the blow when I received my actual diagnosis, as I had prepared myself for the worst and accepted it.”

Claire immediately began a chemotherapy regimen and scheduled her surgery and radiotherapy for after the birth of her baby. She was terrified but determined to succeed for her baby.

“It was such a roller coaster of emotions. One minute I was upset and sad, the next I felt in control and determined to beat this. And then I would feel angry about why this was happening to me as I was soon to have my first baby,” says Claire. “After receiving my treatment plan, I was so scared that it would be a risk to my baby. But my treatment was flipped so that I had the treatment that would’ve been harmful to Jude at the end after I had given birth to him.”

Claire started chemotherapy in her third trimester and continued up until the birth of her baby. On February 1st, Claire gave birth to a healthy baby boy named Jude William.

“Having Jude here has really helped me cope with it all and distracted me from all of the side effects from chemo. I haven’t wanted to let my cancer ruin my time as a new mum,” says Claire. “I make sure I am there for him and celebrating all of his milestones. He really is my saving grace. He puts me in a positive mindset because I need to be okay for him.”

Three weeks after Jude was born, Claire was back on chemotherapy treatment. Having her child in her arms, she says, has given her more determination than ever to beat breast cancer.

Claire says she is also thankful that she was able to get pregnant before being diagnosed with cancer, because her cancer treatment could cause infertility and menopause, meaning she likely won’t have the opportunity to have more children in the future.

“At least I have Jude and have the experience of being a mum to him. Lots of young women have to go through this before even thinking about having children, so the fact I had a healthy baby boy and could continue with treatment just makes me very grateful.”

Congrats, Claire, on your little bundle of joy! We hope that the rest of your cancer journey goes smoothly and that you’re able to get back to life as normal soon! Learn more about Claire’s story in the video below.