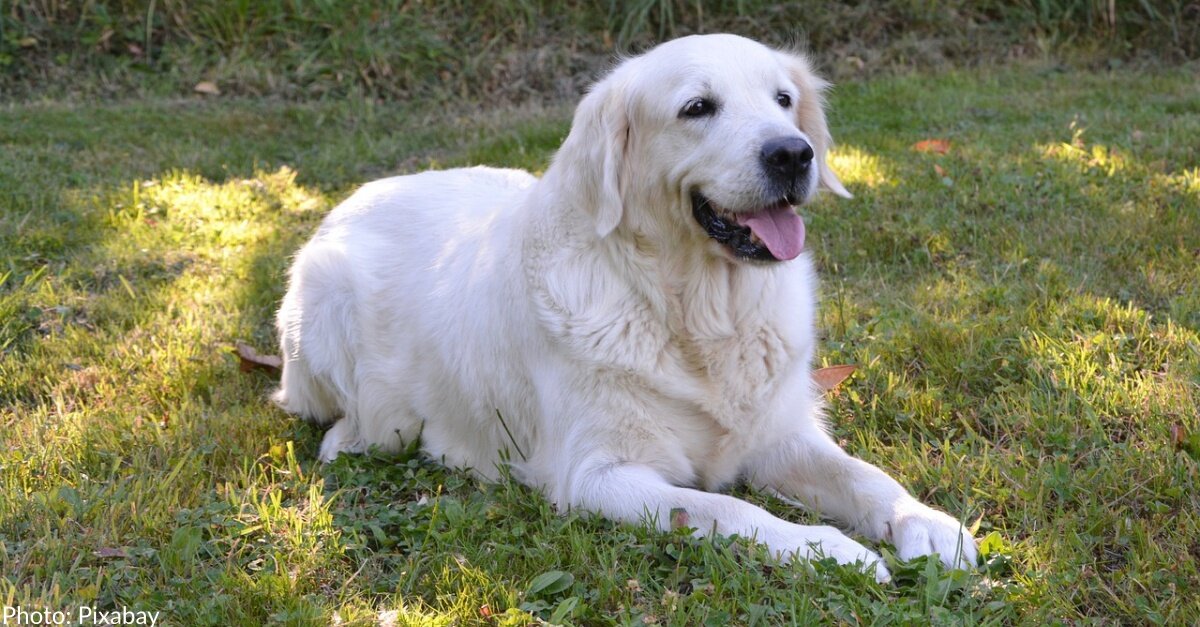 For the past seven years, a service dog named Ralph Lauren has spent his days helping children. But on Monday he made his final rounds at the Children’s Hospital Colorado.

After helping over 19,500 patients, the good boy (better known as Ralph, MD) is retiring.

The hospital made the announcement on Twitter and shared all of Ralph’s achievements over the years.

After more than seven years of service to kids, the one and only Ralph, MD – that’s short for medical dog – is hanging up his service vest. Learn more about our resident good boy and his outsized legacy. #PagingPuppyMD #ChildLife https://t.co/VF0b20Jk10

“The one and only Ralph, MD – that’s short for medical dog – is hanging up his service vest,” they wrote.

Alongside his human, Kizzy, he became the first hospital dog in the area and helped launch the Children’s Colorado’s growing Medical Dog Program. The program now has two other full-time medical dogs, Halo and Galaxy.

To thank the dogs for all their hard work, the hospital recently opened the Canine Respite Park. It is a place where the dogs can run and play before returning to work.

Ralph loved his job and was great at it. He did everything from comforting patients and staff to helping kids walk after surgery. He even helped kids remain calm and still during difficult procedures.

Ralph was not only great at being there in times of need, but was an expert stand-in for mock procedures. The sweet boy showed kids if he can do it, so can they.

Over the years, he has put in 14,750 hours and been rewarded with 2,800 bananas, his favorite treat. He brought a smile to the face of everyone he met.

But one of his greatest achievements was being a best friend to his patients. He washed their worries away and gave them “innumerable hugs and fist bumps, and hearing countless secrets from kids who have put their trust in him.”

He left some big paws to fill.

Ralph will still accompany Kizzy to work but will no longer be working himself. Instead, he will focus on his own health.

A few months ago, Ralph was diagnosed with terminal lymphoma. The loyal pup loved visiting patients, so his mom let him continue helping children for as long as possible, but the time has come for the focus to be on him.

“He will remain a part of our community through the end of his life, serving as an ambassador of the Medical Dog Program,” the hospital said.

Ralph is an amazing dog who will never be forgotten. The hospital asked people to honor and celebrate his retirement by sharing photos and stories.

One family commented, “Ohhhhhh my, Ralph will be missed so much by Mia!!!! He has been so important for many of Mia’s battles against cancer! Picture is of Mia during difficult chemo, only Ralph could get her out of bed during chemo.”

Another fondly remembered the dog-tor and said, “Ralph and Kizzie brought love, joy and smiles everywhere they went. Enjoy your retirement and I hope you get to eat all the bananas you want!”

Ralph will live on in his patients and through his dozens of picture books of procedures that are still used at the hospital.