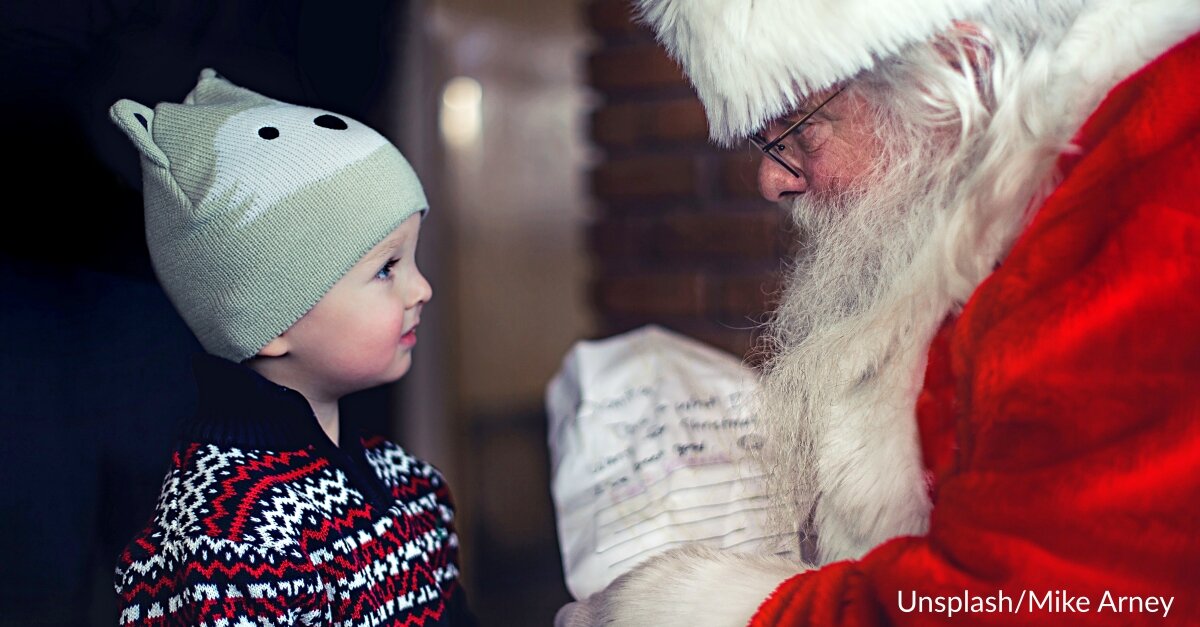 Matthew Wolf, who is blind and autistic, has reunited with Santa Claus after three years.

Matthew enjoyed his first visit with Santa when he got to meet him through touch. Matthew heard that Santa had eyes that twinkle, so Santa let him feel his face so he could get a sense of what he looks like.

Recently, now-9-year-old Matthew got to visit Santa once again, and is still very curious as to what things look like. His mom described the decorations that were by Santa, which included two reindeer.

Matthew wanted to know more about the reindeer, so Santa took Matthew to the reindeer so he could help him feel them as he described them to him.

Matthew even got to bring a wish list for Santa this time, which was written in braille. Some of his wishes are a calculator, a timer, an analog clock, and a robe.

Matthew had a huge smile on his face and thoroughly enjoyed this year’s visit with Santa.

Santa loved his time with Matthew and told Fox 4 News that his “heart is just so full.”

We could definitely use some more feel good stories like this one this holiday season!

Watch their meeting in the video below: