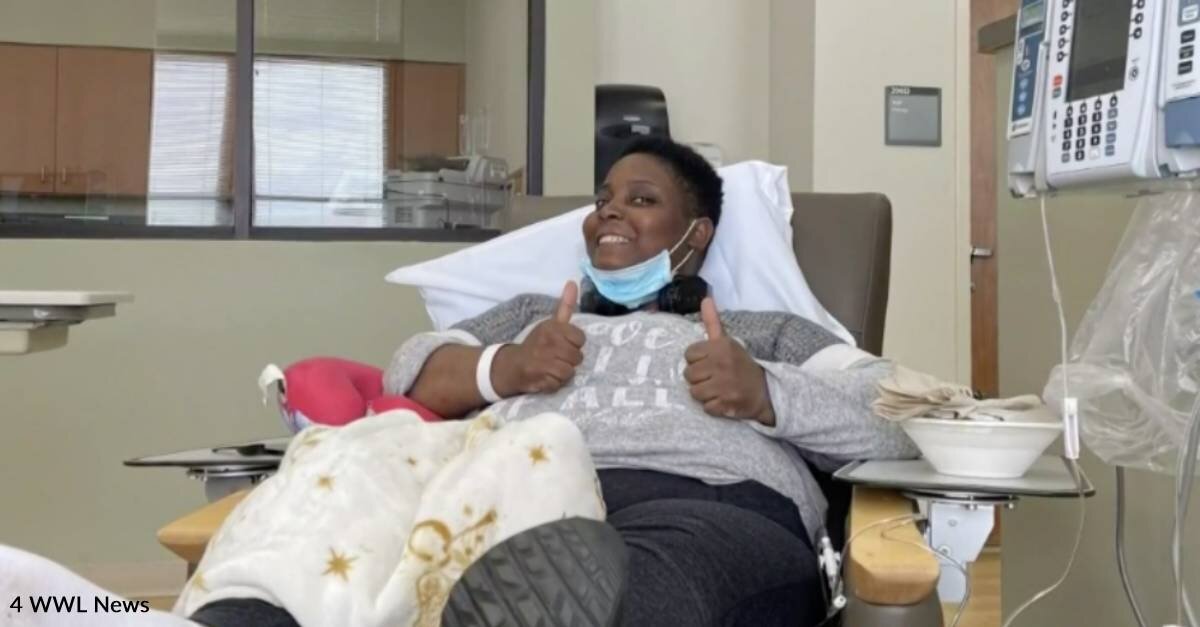 A Sheriff’s Sergeant from St. John the Baptist Parish, Louisiana, is fighting for her life since being diagnosed with stage III breast cancer. Sherri Wallace‘s friends, family, and colleagues say she has incredible strength and will certainly come out on the other side of this battle.

But Sherri herself is encouraging other people not to ignore the early warning signs like she did.

Sherri first discovered a lump in her breast in January. But she’d just had a normal mammogram a few months prior, so she decided to just monitor it instead of bringing it up with her doctor.

By February, the lump had started to become painful and red. In March, she finally decided to have it checked out, and that’s when she received her diagnosis: stage III breast cancer.

“They called me back that Tuesday and let me know that it was breast cancer, and I was in Stage 3,” Sherri remembers. “It had progressed all the way to my lymph nodes. So, you know, I was in need of a round of chemo.”

She actually ended up needing 16 rounds of chemotherapy.

Now Sherri is encouraging other women to check their breasts and not to hesitate to talk to their doctors if anything seems amiss. She also hopes women will be encouraged to get their yearly mammograms.

“It happened, and I’m only 41,” she says. “It’s been a hard journey, but it’s been amazing. It’s a lot of mental work that goes into this. When I first started, I was at home crying, I was in my slump, I wasn’t going anywhere or doing anything. But I’ve learned I am strong, and can do anything.”

Sherri’s family has faith that she’ll get through this, but, all the same, they say it’s hard to watch her go through such a difficult battle.

“It broke my heart, just the way she was feeling, I felt what she felt,” says Cabrina Fleming, Sherri’s sister. “In your natural mind, you’re devastated, just devastating, you don’t know, it’s a big word.”

Lt. Sharon Sealy, a colleague of Sherri’s, also recalls how shocking the news was. “She came by my house, and she told me, and I was breathless for a minute because you never think it’ll hit that close to home. And she was in shock, and she didn’t want anyone to know.”

Sherri serves as something of an inspiration to her family, friends, and coworkers during this time.

Cabrina echoes the sentiment. “She’s taught me to never give up, no matter what it is, to keep pushing. Even if you have to move slow, as long as you’re moving forward.”

Check out the video below to learn more about Sherri’s inspiring story.