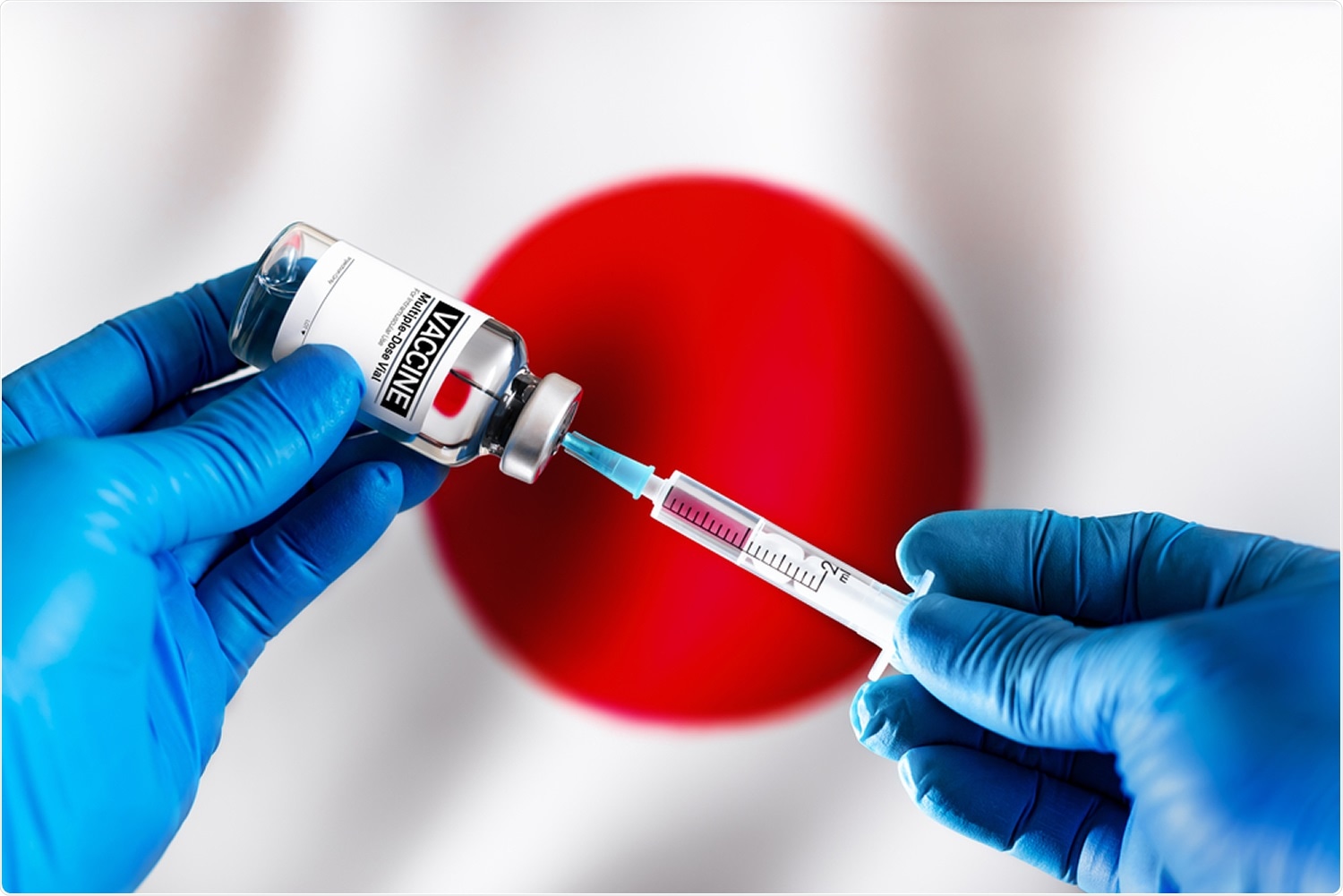 To contain the coronavirus disease (COVID-19) pandemic, rapid vaccination is imperative. An expansive vaccination drive has changed the outbreak situation in many advanced regions of the world, like the USA and Europe.

Among the developed nations, Japan was the last to commence vaccination (February 2021). Only 8.7% of Japanese people are fully vaccinated as of today, June 25th, 2021. Fortunately for Japan, the incidence of the disease has been much lower than in Europe or the United States. Now, a new study published on the medRxiv* preprint server analyzes the impact of vaccination on the COVID-19 outbreak in Japan.

There are many benefits to vaccination. Aside from providing personal protection, it also provides herd immunity to all non-vaccinated persons.

In Japan, in order to tackle the COVID-19 situation, schools were closed, and various social and commercial events were called off between February 27, 2020, and March. Further, a state emergency was declared on April 7 and it continued till 25 May, which restricted individuals from leaving their homes and visiting retail shops and restaurants.

The first coronavirus infection peak was attained on April 3, after which there was a decline in the disease spread by July 29. In order to revive the tourism industry,  the “Go To Travel Campaign” (GTTC) was established on July 22, which provided a 50% subsidy on various travel programs. This program continued till the end of December, after which the third wave of infection started.

In Japan, the third wave was massive and more significant than the preceding two COVID-19 waves. The third wave peak was reached at the end of December.

Researchers believe that the massive third wave occurred due to the GTTC program. For controlling the third wave, the government announced the second emergency and it prevailed between January 8, 2021 and March 15, 2021. 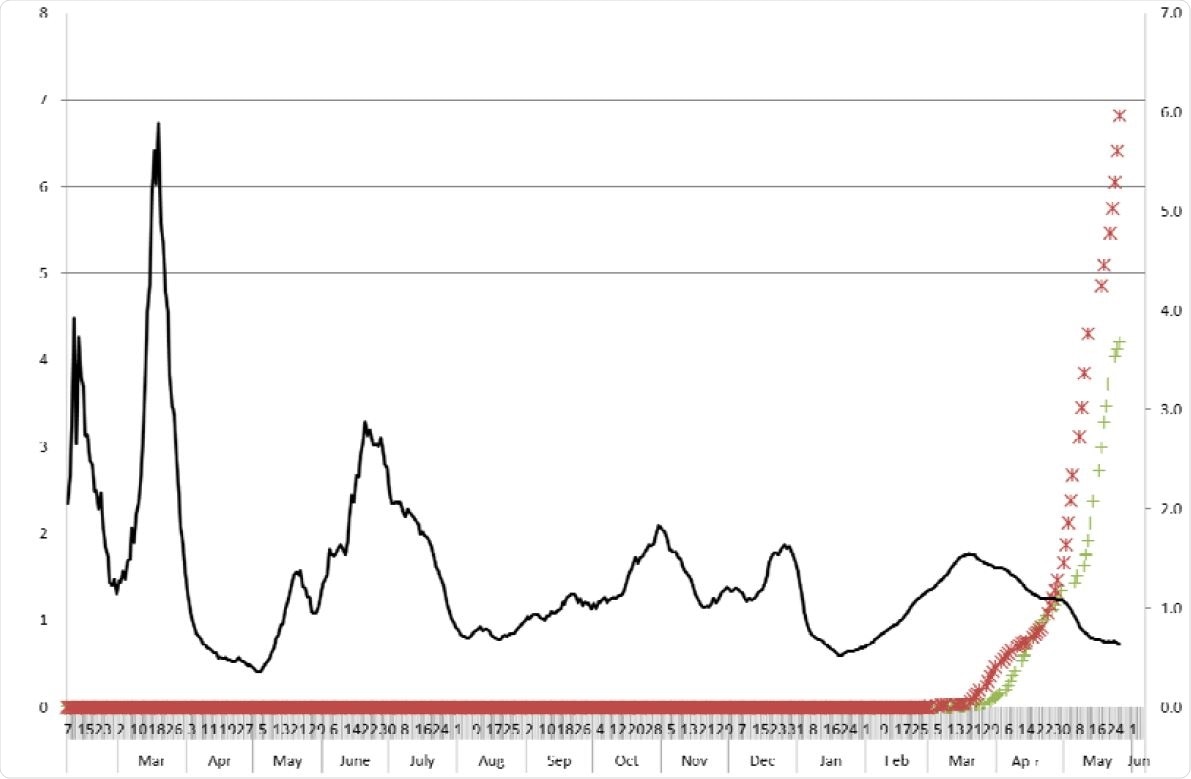 Owing to the emergence of new SARS-CoV-2 mutants or strains, a fourth wave occurred. Subsequently, a third emergency state was declared on April 25, 2021, primarily to support the hosting of the Olympics and Paralympics Games in Tokyo in July.

The current study was conducted to estimate the effects of the vaccine on SARS-CoV-2 infectiousness and the outbreak in Japan.

The effective reproduction number R(t) was used as the main dependent variable in a multivariate regression model. R(t) was regressed on vaccine coverage, temperature, humidity, mobility, and countermeasures.

The results of the estimation were encouraging. The coefficient on vaccine coverage was significantly negative, and the estimated coefficients were far more significant than expected by researchers.

This finding might imply that herd immunity played a role in reducing R(t). However, this result might also be influenced by the fact that the period of increased vaccination coincided with the decreasing phase of R(t).

This hints at correlation but not causality. Another factor influencing the results might be the assumption of a linear function and the presumption that the estimated coefficients were larger than expected.

Despite the initially promising results, there are some caveats. The first most crucial limitation of the current study is the possible overestimation of the effects of vaccine coverage and the incidence of herd immunity. Therefore, more data is required to obtain further robust results.

Secondly, readers should interpret these results as showing mere correlations but should not derive causal implications. However, the study does convey the message that a strong association exists between vaccine coverage and the degree of infectiousness.

In summary, the current research reveals a negative association between vaccine coverage and the reproduction number. However, more data over a longer duration is required to arrive at more robust conclusions.

This is mainly because the increased vaccination phase coincided with the reducing phase of infectivity, i.e., lowering of R(t).