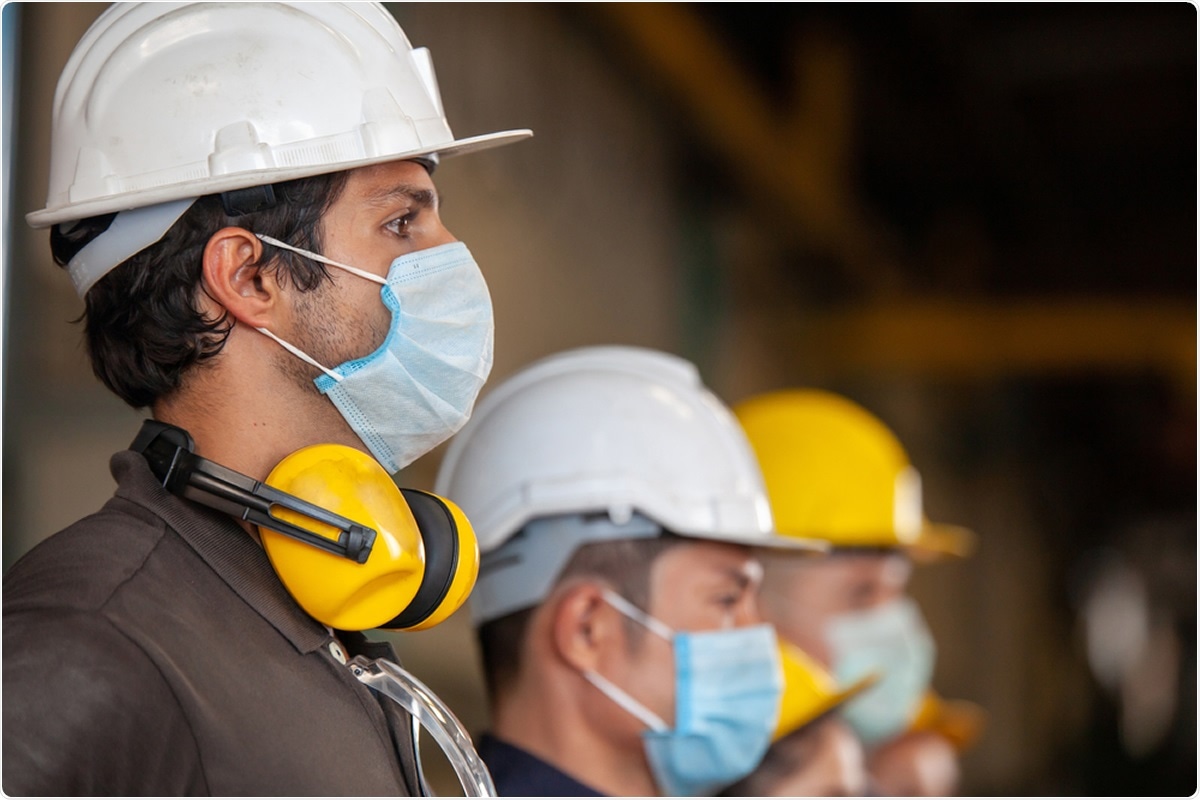 A recent study published in the journal The Lancet has revealed that self-reported use of face masks together with social distancing has a considerable impact on controlling the transmission of severe acute respiratory syndrome coronavirus 2 (SARS-CoV-2) in the United States. Moreover, the urge to wear a face mask has been found to increase independently of government-imposed mandates.

Since its emergence in Wuhan, China, in December 2019, SARS-CoV-2, the causative pathogen of coronavirus disease 2019 (COVID-19), has infected about 96.6 million people and claimed about 2 million lives globally. Because the virus is known to transmit from person to person primarily via respiratory droplets, several non-pharmacological control measures, such as wearing a face mask, physical distancing, movement restrictions, etc., have been implemented by the government bodies of most of the pandemic-affected countries to curb the viral transmission. However, a significant difference in the acceptance of these implementations has been observed both at individual and community levels.

In addition to social distancing, face masks as a mechanical barrier are particularly effective in reducing viral transmission. To evaluate the impact of face mask-wearing on the COVID-19 pandemic, a few studies have been conducted, with some showing its effectiveness in controlling the viral spread and some showing only a little impact on pandemic management in the presence of other control measures.

In the current study, the scientists have evaluated the self-reported face mask-wearing habits among US citizens, irrespective of government-imposed mandates, and analyzed its impact on viral transmission.

The scientists have conducted a series of cross-sectional surveys on US citizens via a web-based platform. The survey questionnaire has been designed to gather information about self-reports on mask-wearing. The reproductive number, which indicates the infectivity of a pathogen, collected from publicly available sources has been combined with the survey responses to evaluate the impact of mask-wearing on SARS-CoV-2 transmission. A reproductive number of less than one has been regarded as community transmission control.

A total of 378,207 individuals have been surveyed. About 84% of them have reported wearing a mask in grocery stores, whereas 40% have mentioned wearing a mask while visiting friends and family. Similarly, about 40% of all respondents have reported wearing masks in grocery stores and friends/family visits. An absolute negative response on mask wreaking has been obtained from only 5% of respondents.

A higher probability of mask-wearing has been observed among women, black, Hispanic, economically-deprived people, and older adults. The highest compliance has been observed in the coasts and southern border and large urban regions regarding geographical variability.

To evaluate the change in self-reported mask-wearing habit, the scientists have conducted an additional survey in 12 states two weeks before and after the statewide mandates. Interestingly, no significant change in mask wearing habit has been observed after government-imposed mandates. However, the tendency of wearing a mask has been found to increase slightly (about 2%) during this period.

The study findings suggest that the widespread use of face masks by the general population in the United States might have helped control the transmission of SARS-CoV-2 and curb the COVID-19 trajectory. Moreover, the study predicts that mask-wearing together with social distancing, has the maximum impact on the management of the COVID-19 pandemic.