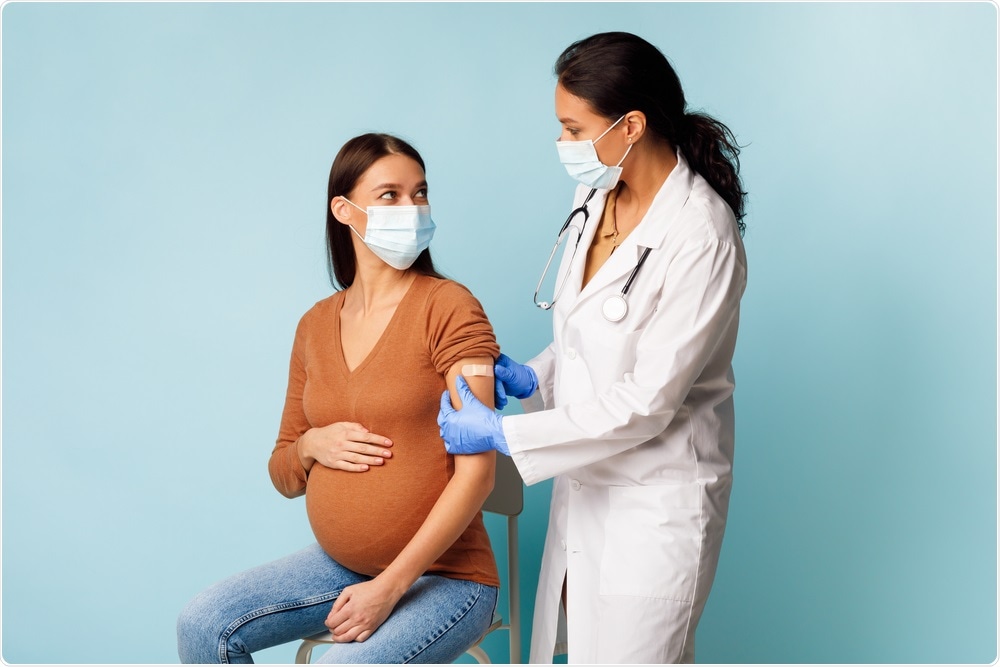 Pregnant women have a higher risk of developing severe coronavirus disease 2019 (COVID-19) if they are infected by the severe acute respiratory syndrome coronavirus 2 (SARS-CoV-2). The effect on the fetus, however, is less clear.

A new bioRxiv* preprint research paper reports the immunological footprint in the newborn left by maternal infection with SARS-CoV-2 during pregnancy. The maternal infection was found to induce inflammation, which resulted in cytokine production and increased functionality of immune cells in the neonate.

Study: The legacy of maternal SARS-CoV-2 infection on the immunology of the neonate. Image Credit: Prostock-studio / Shutterstock.com

An earlier study from the same group of researchers confirmed that the development of the fetal immune system is influenced by the presence of inflammation near the time of delivery.

This type of imprinting has also been described during maternal human immunodeficiency virus (HIV) or hepatitis C virus (HCV) infection, irrespective of the presence of fetal infection. The fetal immune system is regulated by chemicals produced by bacteria and other microbes in the mother’s gut. Some diseases which manifest later in the child’s life have been traced back to these types of early infectious exposures.

The current study aimed to analyze cellular immunity, cytokines, and antibody titers in babies born to mothers with a history of exposure to SARS-CoV-2 during pregnancy. This data was then compared to that of infants born to unexposed women.

Neonatal infection with SARS-CoV-2 is rare, even when the mothers were infected near the time of delivery. Infants born to mothers with SARS-CoV-2 infection within two weeks of birth did not have specific immunoglobulin M (IgM) against any viral antigen in the cord blood, which was similar to the infants whose mothers were infected before this period. However, IgG antibodies specific to the spike protein of the virus, the receptor-binding domain (RBD) of the spike protein, as well as the nucleoprotein, were found in the cord blood.

Maternal and infant IgG levels directed against these antigens were comparable in the recovered group, which was defined as mothers who were infected more than 2 weeks before childbirth. However, the IgG levels were found to be lower in the cord blood of babies born to mothers with a more recent infection.

The transfer ratio, which represents the ratio of the antibody in cord blood as compared to that which is present in the maternal serum, averaged over all three antigens, was just over 1 in the recovered group. Comparably, the transfer ratio was reported to be 0.79 in the group with recent or ongoing infections. In other words, the high levels of maternal IgG were not reflected in the cord blood.

Plasma cytokine levels were high in mothers with recent or current infection, as well as in their infants. These included interferon gamma-induced protein 10 (IP-10) and interleukin (IL)-1β in the mother. In the neonate, IL-10 and CXCL-8 were present at higher levels, though IP-10 was reduced, independent of maternal IP-10 levels.

CXCL-8, which is a chemokine closely related to maternal IL-1β, is typically raised in maternal SARS-CoV-2 infection. In this study, the levels of CXCL-8 were higher in the infant than in the mother if she had been infected within two weeks of delivery, but not with earlier infections. This reflects earlier findings in infants born to mothers with HIV, group B streptococci (GBS), and chorioamnionitis.

CXCL8 levels were slightly raised in mothers infected more than two weeks prior to delivery, perhaps due to the cytokine rise seen in vaginal delivery. However, the significant elevations of this chemokine in babies born by Cesarean section to recently infected mothers appear to indicate that infections in the mother directly affect the immune response in the fetus.

Adaptive immune cells showed diverging profiles in infants in this study as compared to infants of uninfected mothers, thus indicating a fetal response to recent infection in the mother.

T cell counts remained normal, as did the relative numbers of CD4+ and CD8+ T cells, B cells, and γδ T cells. Notably, there was an increase in the proportion of CD161+/CD8+ T cells, as well as the T regulatory cells expressing FoxP3.

FoxP3+Tregs are correlated with Vδ2 T cells, which are part of the innate immune cell response along with natural killer (NK) and NKT cells. A rise in all three cell types, as well as alternative monocytes, was reported, with a reduction in CD38+ classical monocytes.

The more recent the infection, the higher the fraction of NK cells. Activated NK and NKT cells were also more frequent when CXCL8 levels within the cord blood were high. Taken together these findings indicate a fetal response to the inflammation induced by infection in the mother.

However, inflammation seems to play a protective role in neonates, in contrast to the damage it causes in adult SARS-CoV-2 infection.

Pro-inflammatory cytokine production from stimulated immune cells was greater in both innate and adaptive cells from these babies. This included cytokines such as tumor necrosis factor α (TNF-α), IL-17, and interferon γ (IFN-γ).

Increased cytokine production by CD4+ T cells was also associated with a rise in the number of effector memory CD4+ T cells. Conversely, increases in the CD4+ and CD8+ T cells producing TNF-α were accompanied by a reduced expression of CD38, which is a maturation marker. Maternal infection may have also produced epigenetic changes in the genes related to these immune loci. 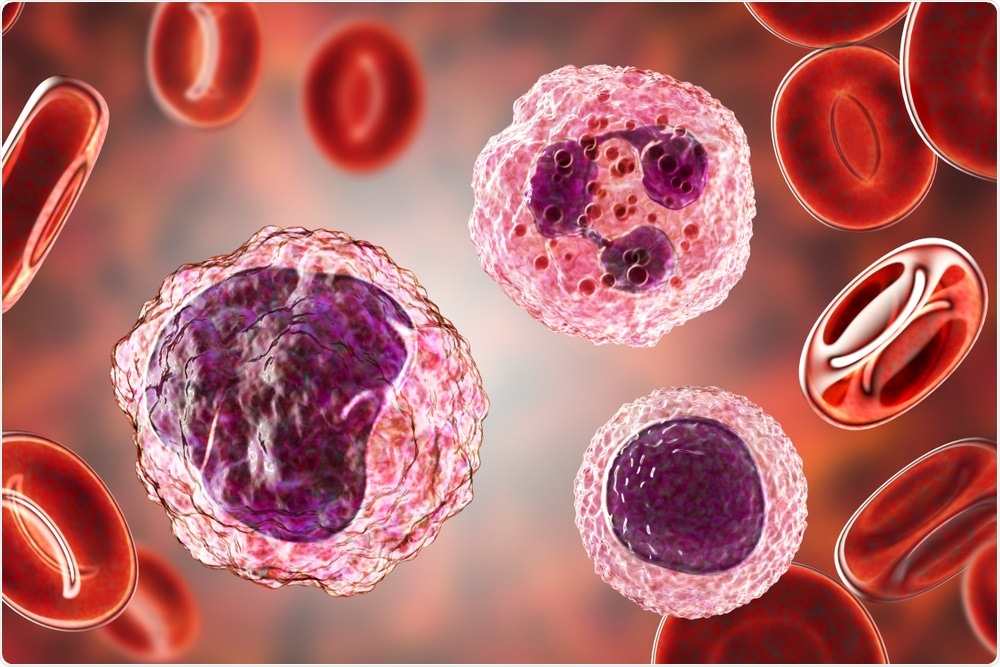 The current study confirms the transfer of protective antibodies from the exposed mothers to the fetus. With a recent or ongoing infection, cord blood-specific IgG levels were lower as compared to the levels measured in maternal serum, even when the latter contained high levels of these antibodies.

Vaccination has been observed to be associated with the placental transfer; however, transfer ratios were lower in the third trimester. This may partly account for the lower levels in cord blood recorded in this study, assuming that vaccine-elicited antibodies are similar to those elicited by natural infection.

This may indicate that the second trimester is a better time to provide vaccination to pregnant mothers if the resulting immunity is to be transferred to the infant.

Cord blood cytokine elevation suggests that placental immune activation was occurring. The three markers IP-10, IL-6, and IL-10 are found in severe disease in adults, with the last two biomarkers often being used to predict disease severity in children as well. In neonates, however, IL-10 is more often raised following maternal infection.

It is likely that maternal SARS-CoV-2 infection determines neonatal immunology by priming the immune system in utero, depending on the time of exposure. Both short-lived cytokine production in response to inflammation, as well as changes in immune cell functionality, are found in these neonates.

Taken together, these findings indicate that the immune system of these neonates is imprinted by this exposure, which could influence the immune maturation of the infant in the long term. More follow-up will be required to understand such sequelae.

Meanwhile, second-trimester vaccination appears to be the best opportunity for pregnant women to optimize antibody transfer to the fetus. There remains a need to analyze the immune profile in the neonate after vaccination against SARS-CoV-2 to determine the required level of activation of the maternal immune response for such imprinting to occur.