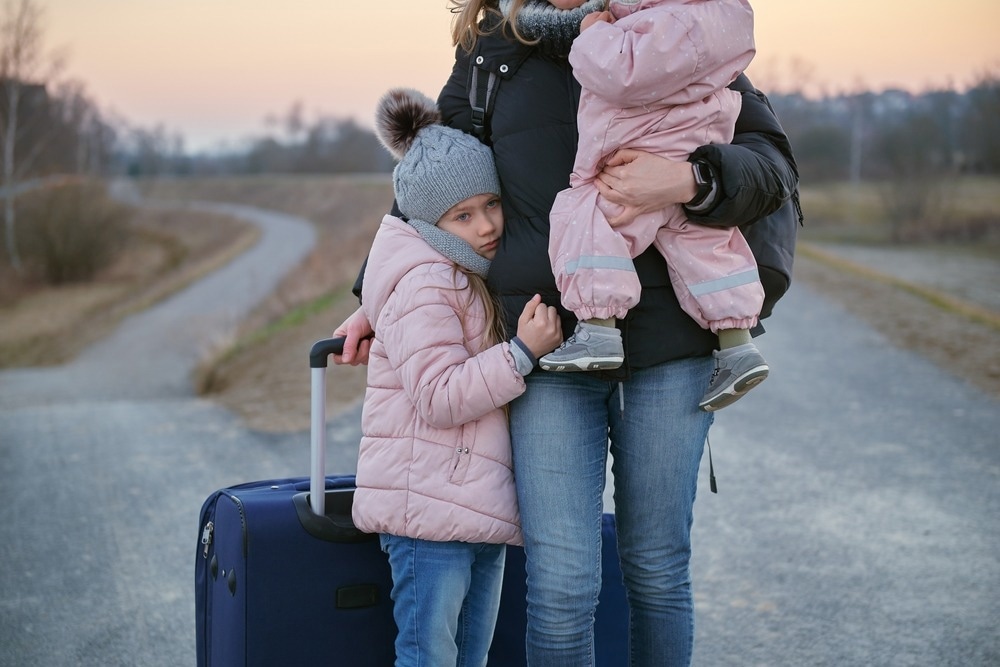 The coronavirus disease 2019 (COVID-19) pandemic affected healthcare in multiple areas, including obstetric and neonatal care. A recent study published in the International Journal of Gynecology & Obstetrics examines how obstetric healthcare services differed between women considered to be natives of Europe as compared to migrants.

Study: Quality of maternal and newborn care around the time of childbirth for migrant versus nonmigrant women during the COVID-19 pandemic: Results of the IMAgiNE EURO study in 11 countries of the WHO European region. Image Credit: belander / Shutterstock.com

Migrant labor is a relatively ancient tradition that has increased in frequency over the past several decades worldwide. Currently, over 90 million migrants reside in Europe and comprise up to 10% of the population in that region and up to one-third of the international migrant population. In addition, the ongoing war in Ukraine has driven over three million more migrants, many of whom are women and children, into neighboring countries.

Migrants are typically less healthy than residents, with pregnant women and their newborns at even greater risk in this regard. Complicated pregnancies, postpartum depression, and neonatal complications lead to higher maternal and infant mortality rates in this patient population.

In areas heavily populated by migrants, these challenges are exacerbated by poor healthcare access. Some factors contributing to this unequal access to antenatal care could include low social support, poor knowledge of the healthcare system, unfamiliarity with the language, and discrimination.

The current study seeks to understand the quality of maternal and newborn care (QMNC) among migrant mothers.

Data was acquired from the IMAgiNE EURO study that uses 40 World Health Organization (WHO) standards, among others, to describe how mothers felt about QMNC in the peripartum period. The study covered 11 European countries, with results stratified by country and social and demographic factors.

Most of the mothers in the study were between 25 and 35 years of age and possessed at least a university degree. In addition, most were experiencing their first childbirth and delivered vaginally.

The age distribution favored a higher median age among migrants than residents, with 25% of migrant women being 36 years or older.

Small differences were observed in other areas of labor care, including timely care once mothers reached the hospital or clinic, at 33% and 29% for migrants and nonmigrants, respectively. However, migrants were more likely to breastfeed early at 90% compared to 84% of residents.

If the mother underwent a Cesarean section before labor began, pain relief was less likely among migrants compared to nonmigrants at 17% and 13.5%, respectively. Migrant mothers were less likely to tip the healthcare providers at a rate of about 2% compared to 4% among resident mothers.

The findings suggest a similar QMNC among migrants and nonmigrants.

Among countries, Portugal was reported to be less hospitable to migrant mothers overall. Comparatively, Luxembourg registered the best overall score that was higher among migrant mothers as compared to scores reported by nonmigrants. Other countries showed no significant differences in how these two groups of mothers perceived QMNC.

When different domains of QMNC were compared, Portugal and Croatia were perceived as providing fewer human and physical resources essential during childbirth for migrants as compared to nonmigrants. However, the opposite was true in Luxembourg. Furthermore, the provision of care index was lower for migrant women in Sweden and Slovenia.

The study findings indicate that, overall, migrant women were more likely to report poor QMNC on specific quality measures. However, significant differences were not observed in the way migrant and nonmigrant women perceive gaps in QMNC. For example, in both cases, almost 40% of mothers found it difficult to attend or access routine antenatal care.

Earlier studies have reported that migrant women felt discriminated against during healthcare visits and perceived that their care needs were neglected. This is of concern, since patient outcomes may be adversely impacted.

A gap was observed in pain relief following elective Cesarean sections for migrant mothers. This may be due to inadequate communication or disrespect linked to a low socioeconomic classification. This has been previously reported for first- but not second-generation migrants, when the former were uneducated and/or employed in unskilled or low-skilled occupations.

The present study included a sizable proportion of highly educated migrants, unlike the general distribution in the population. The scientists did not consider how long the woman had lived in the hosting country, nor was the sample necessarily representative. These confounding factors could have skewed the results.

Our results show that not only migrant women, but also nonmigrant women have experienced (abuse), which is a call for generalized action to improve respectful care in healthcare facilities.”

QMNC must be monitored to improve maternal perception of the childbirth care experience for all women. As migrant flows are poised to increase, migrant-friendly healthcare systems must be established for equitable care and healthy populations, irrespective of migration status.