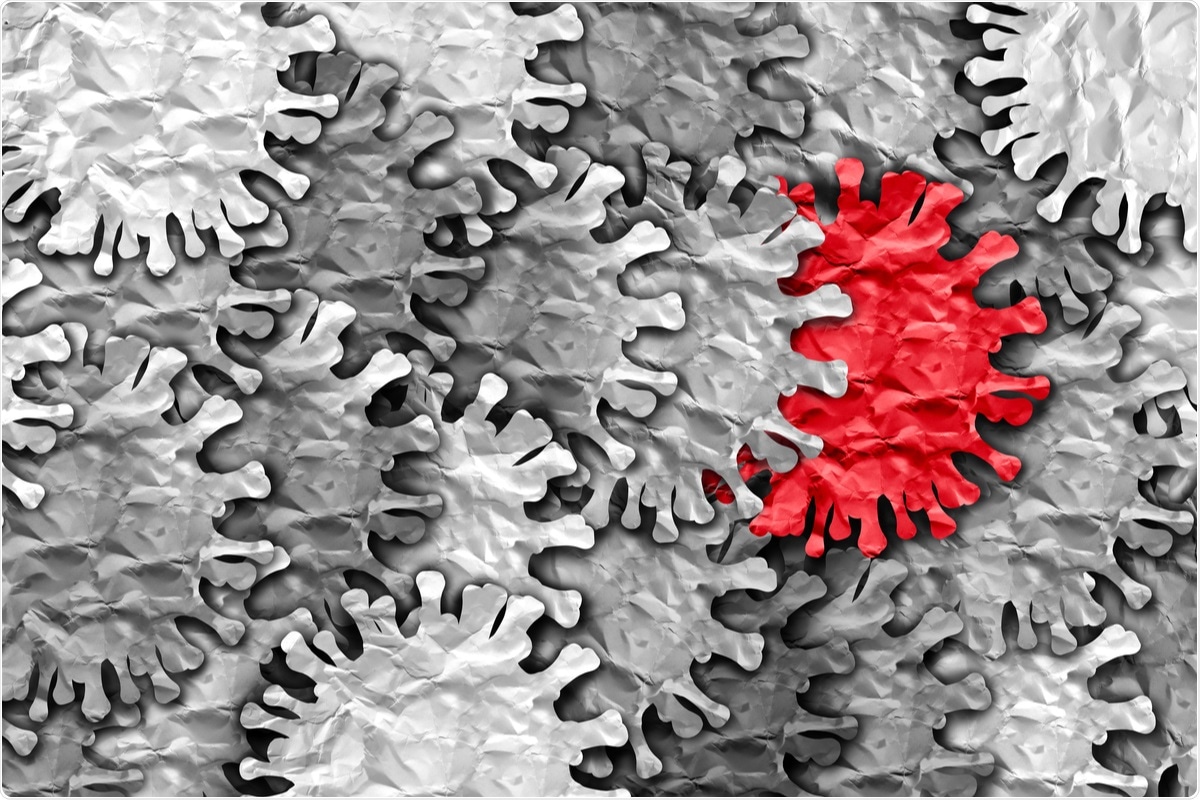 As the coronavirus disease 2019 (COVID-19) pandemic approaches its eighteenth month, new variants of concern (VOCs) of the causative pathogen – severe acute respiratory syndrome coronavirus 2 (SARS-CoV-2) – continue to emerge all over the world. Some of these have exhibited heightened transmissibility, and potentially more virulence, than earlier strains.

Most alarmingly, early evidence also suggests that some VOCs exhibit partial resistance to the antibodies developed in response to natural infection, or to vaccines and therapeutic antibodies based on earlier strains of the virus. Thus, these VOCs threaten attempts to take control of the pandemic by vaccine rollouts.

A new study explores the emergence of such VOCs among young children, below 12 years of age, and the potential consequences of this phenomenon. A pre-print version of the study is available on the medRxiv* server, while the article undergoes peer review.

Children below 12 are not eligible for vaccination in the USA. However, they may be infected and can transmit the virus to other individuals. The exact prevalence of infection by VOCs is unknown, however. The current study aimed to report surveillance data from a multi-center program covering nine children’s hospitals in the USA.

Some VOCs already detected in the USA include variants of the so-called UK strain (B.1.1.7) containing the spike D178H and membrane protein V70L mutations. With evidence that viral spread is continuing at a high rate, while vaccination is slowing by up to a third, this raises the bogey of further VOC emergence.

This is exacerbated by the lack of vaccine for children below 12, and the presence of chronic COVID-19 in immunocompromised children, leading to the production of new VOCs over the prolonged course of infection.

This points to the need to detect such strains in children as early as possible. The researchers therefore sought to pick up VOCs as well as variants of interest (VOIs) from a diverse but under-studied population over a period of 13 months.

The study used whole-genome sequencing (WGS) on over 2,000 samples from COVID-19 patients below 19 years. The median age of these patients was 7 years, though it ranged from 5 days to 18 years. The patients had samples collected for various reasons, from surveillance programs through asymptomatic screening to symptomatic disease.

The findings showed over 250 VOCs, containing 560 mutations. It showed that most VOCs emerged in a specific geographical locality.

Altogether, 98% of cases were caused by the California variant in the period between November 2020 and April 2021 at one hospital (Children’s Hospital Los Angeles, CHLA), where all samples were sequenced. In comparison, it was found in <4% of isolates from the other four hospitals that carried out WGS on convenience samples only over this period.

Available data reports 20% increased transmissibility with this strain, as well as increased resistance to some monoclonal antibodies.

This surge of B.1.1.7 mirrored the decline of the California strain over this period. This strain was also found in many other samples from three other hospitals at the same time. This shows children were harboring this VOC, and that it was able to dominate already prevalent strains in a locality where the California strain had been predominant.

The E484K spike mutation has been associated with resistance to neutralization, being found in B.1.351, P.1, B.1.526 and P2 lineages. This was found to be present in over a score of samples, in all the above strains, as well as a single B.1.1.7 variant, over the same period.

The Q677H or Q677P mutation appeared to be present at the same frequency as before, mostly from Louisiana and New Mexico, though it was more prevalent in other states prior to this study.

Most of these VOC-defining mutations, that is, >70%, were found within the above strains in children below 12. Since this class is largely unvaccinated, it is obvious that the presence of these VOCs offers a risk of spread in multiple locations and socioeconomic strata across the US.

When coupled with the knowledge that immunocompromised children allow new mutants of the virus to develop over the course of the infection, these findings emphasize “the need for ongoing genomic epidemiological surveillance among pediatric populations who will be among the last groups to receive vaccination and who are key to ending this pandemic.”