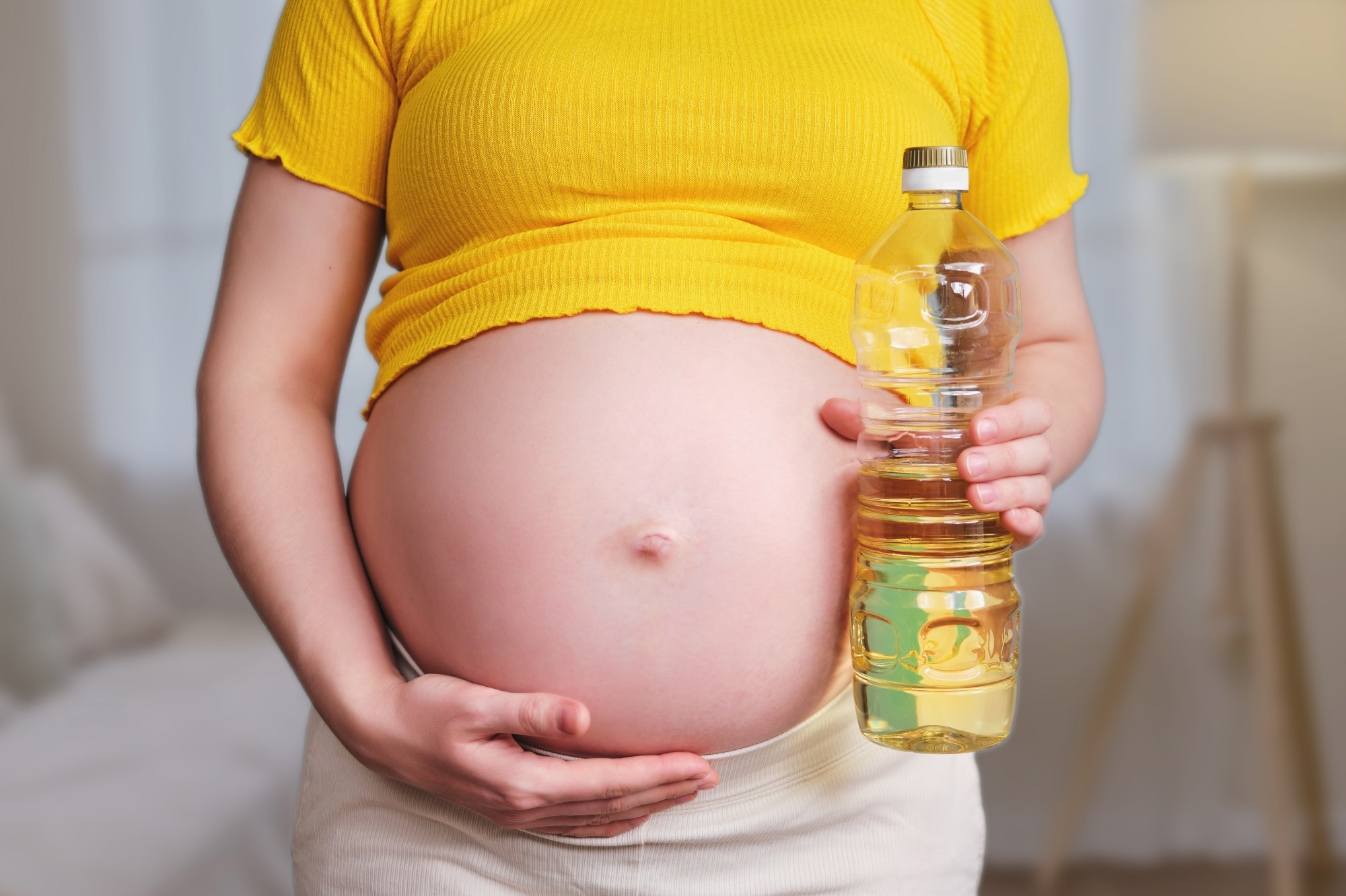 There have been numerous studies showing how olive oil affects pregnancy. In a recent study published in the journal Nutrition Research, evidence was gathered for its effects on fetomaternal outcomes. The results are interesting, suggesting a protective effect on these outcomes.

Nutrition plays a vital role in the health of a pregnant woman and the outcome of her pregnancy. Olive oil, an integral part of the Mediterranean diet (MD), is a healthy source of monounsaturated fatty acids (MUFAs) and phytochemicals such as polyphenols that promote favorable outcomes. In addition, olive oil is linked to lower levels of adverse outcomes like gestational diabetes mellitus (GDM), pre-eclampsia, and small-for-gestational-age (SGA) or large-for-gestational-age (LGA) infants.

There are various grades of olive oil, depending on the production method, nutritional content, taste, and smell. These include virgin olive oil (VOO) and extra-virgin olive oil (EVOO), the latter being the highest grade with evidence supporting its benefit as part of a cardioprotective protocol. It could be due to its antioxidant content and anti-inflammatory and anticancer properties.

The current review included nine studies from Spain, Denmark, Italy, the United Kingdom, and Argentina. Some were as small as to include only 30 subjects, while the largest had over 35,000 women. All were from the period between 2008 and 2020.

These studies were either interventional or randomized controlled trials (RCTs), with others being observational (case-control or cohort studies). A fifth was described as good quality, the rest as moderate quality.

Three RCTs concluded that EVOO supplementation decreased LGA rates, while one showed no difference in total newborn complications. Similarly, two showed no significant association between olive oil and the risk of prematurity, one an RCT and the other a large prospective cohort study. However, another RCT did show reduced prematurity risk with EVOO supplementation.

This intervention also showed an association with reduced GDM risk in two studies, but another found no difference. Overall, the latter study failed to find a link between the risk of pregnancy complications overall but did show an association with reduced pregnancy weight gain, which could indirectly increase the risk of pre-eclampsia. However, another paper contradicted this finding, showing EVOO supplementation lowers the risk.

Favorable cardiovascular effects in pregnancy and postpartum were also observed in association with EVOO supplementation. This included a fall in triglyceride levels, perhaps via the modulation of transcriptional processes by phenols and hydroxytyrosol in EVOO.

The results of this study show that EVOO, in particular, and olive oil, in general, are associated with a reduction in the risk of maternal and fetal effects, including pre-eclampsia, GDM, SGA, and LGA. “To our knowledge, no systematic review has been performed summarizing the evidence on olive oil consumption and maternal-fetal outcomes.”

SGA is a marker of increased risk for adverse fetal outcomes, while LGA increases the risk of birth complications. Both were shown to be reduced in association with EVOO intake, while one SGA study showed the same association with VOO intake.

Similarly, GDM and prematurity are linked to adverse fetal outcomes, both acute and chronic. Both were found to be reduced in one or more of the interventional studies. The anti-diabetic effect could be due to the activity of polyphenols in EVOO since these compounds increase insulin sensitivity. However, more studies are required since one researcher reported an association between olive oil consumption and reduced weight gain, which could boost the risk of pre-eclampsia and SGA.

The reduced pre-eclampsia risk reported by some studies could be due to EVOO’s rich antioxidant and phenolic content. The intervention in the single study that failed to show such benefit could have been carried out too late to observe the effects, as healthy placental invasion and remodeling, a crucial step in the development of the normal placenta and fetus, occur during the first trimester of pregnancy.

This study is a very early one, with significant heterogeneity in many areas. “More studies focusing on the impact of olive oil consumption on decreasing the possibility of adverse maternal-fetal outcomes are still necessary.” However, the findings suggest the value of olive oil consumption during pregnancy in relation to reduced SGA and LGA risk and cardiovascular events, pre-eclampsia, and GDM.

A technicality could keep RSV shots from kids in need
Combined glucocorticoid steroids and statin therapy may be safer for the treatment of preterm birth
Does TikTok’s “Lucky-Girl Syndrome” Actually Work?
Judge suggests abortion might be protected by 13th Amendment despite Supreme Court ruling
Mad Cow Disease Found On Farm In Netherlands