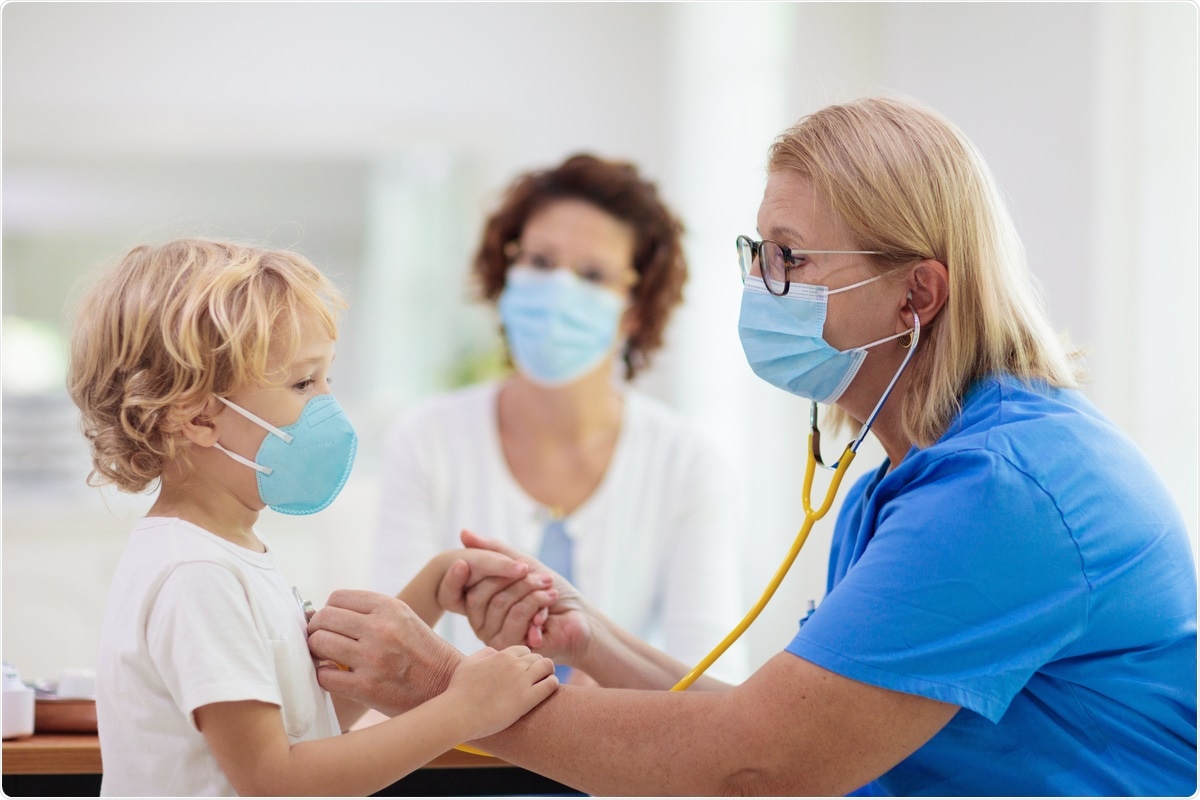 After more than a year of the coronavirus disease 2019 (COVID-19) pandemic, it has become clear that children are less susceptible to the severe acute respiratory syndrome coronavirus 2 (SARS-CoV-2), both in terms of the number of infections and the severity of illness.

However, some children do develop severe disease as well as a host of long-term complications or sequelae. A new study, released as a preprint on the medRxiv* server, describes the risk factors and outcomes of such “long COVID-19” in a cohort of children who were hospitalized with COVID-19.

Earlier studies show that COVID-19 is associated with both immediate and long-term health issues. However, such studies in children and adolescents are few, except for some small case and cohort studies.

These show that over 50% of these children have one or more symptoms at four months after acute COVID-19. A recent Australian study contradicts these figures, indicating that less than a tenth of children are symptomatic at 3-6 months after infection. However, these children were mostly young (median age of 3 years), and the disease was mostly mild.

The current study aimed to evaluate the clinical features and other variables in children, to pick out the relevant risk factors for the development of long COVID-19 in children.

Among children hospitalized with COVID-19, one in three patients will require admission to the intensive care unit (ICU). Many of these children will require some form of respiratory support, and some will show signs of organ failure in one or more organs.

A peculiar complication of pediatric COVID-19 is the multisystem inflammatory syndrome in children (MIS-C), typically seen a few weeks after the acute phase. In order to capture this condition, among others, the researchers used the protocol published by the pediatric COVID-19 working group of the International Severe Acute Respiratory and Emerging Infection Consortium (ISARIC).

The current study included about 520 children, with a median age of 10 years. Both boys and girls were included in almost equal proportions. The follow-up continued for a median of almost nine months.

Of these children, over half had no underlying illnesses.

Among the rest (45%), the largest number had food allergies (13%), while one in ten had allergic rhinitis, and the same proportion had asthma. Almost the same number had gastrointestinal problems, eczema and neurological problems.

While 37% had pneumonia while in hospital, less than 3% had breathing problems severe enough to warrant ventilation or intensive care unit (ICU) admission.

What were the findings?

The study shows that almost one in four children were still symptomatic even months after hospitalization, and the involvement of multiple systems was observed in a tenth of the cohort.

Fatigue was present in 16% of children at discharge, but fell over time, as seen above. Similarly, anosmia was reported in 9%, ageusia or dysgeusia in 6%, and respiratory difficulty in 4%. These symptoms decreased in frequency over time, to 5%, 4% and 1%, respectively.

The most common symptom reported at the end of the follow-up period was tiredness, followed by sleep disturbances, anosmia, and headache. Fatigue was present in a tenth of the cohort, while the others were reported in 3-5% of the children.

Symptoms involving the neurological, cardiovascular, respiratory and those involving the muscles and the skeleton, were each reported in 2-3% of children. About one in ten had more than one symptom persisting at the end of the follow-up period.

The symptoms that most commonly occurred together included fatigue and sleep disturbances, in 2%. Almost the same number had tiredness with sensory deficits. About 3% had persistent symptoms of more than two different types.

The emotional and behavioral changes reported to be due to the illness were reduced eating, less or more sleep, increased inactivity, and emotional dampening in roughly 5% of affected children. Tiredness, insomnia and sensory issues were the most frequently reported persistent symptoms.

The findings also show that children less than two years of age were less likely to have persistent symptoms. Those aged 6-18 years had 2.7 times higher odds of long COVID-19, compared to those below 2 years.

Children with a history of allergic disease had 1.7 times higher odds of delayed resolution. This may be linked to the immunological bias towards T helper 2 (Th2) cell response

For children with more than one persistent symptom, the odds were 2.5 times higher for those aged 6-11 years, and 3.2 times higher among 12-18 years, relative to those younger than 2 years.

The relatively high prevalence of at least one persistent symptom of long COVID-19 in this group indicates that age is a risk factor.

What are the implications for children’s health?

The current study is the largest cohort study of children who had been hospitalized with acute COVID-19, including a long follow-up period. It shows that children with persistent symptoms were less well compared to their health before they contracted the infection.

A tenth of the children had two or more persistent symptoms, with older children being at higher risk. Despite a waning prevalence of most symptoms reported at admission, a significant minority failed to show a complete return to normal health.

The reasons why headache and insomnia fail to exhibit a reduced prevalence over time may be psychological, suggest the researchers. The duration of persistent symptoms should be assessed in all such studies, to evaluate their importance and the need for interventions at the time of follow-up.

The identification of specific risk factors should drive further research into the factors that drive long COVID-19 in this patient group, both to validate these findings in controlled studies, and to develop guidelines for intervention, to optimize the clinical outcomes.

Moreover, it emphasizes the need for long-term monitoring of these children after their discharge.

Future work should to be multidisciplinary, prospective, with a control cohort, repeated sampling and with an ability for children to report their health and wellbeing themselves, accompanied by biological sample collection.”

This will help understand the mechanism of long COVID-19, and its association with other risk factors, as well as therapeutic avenues.