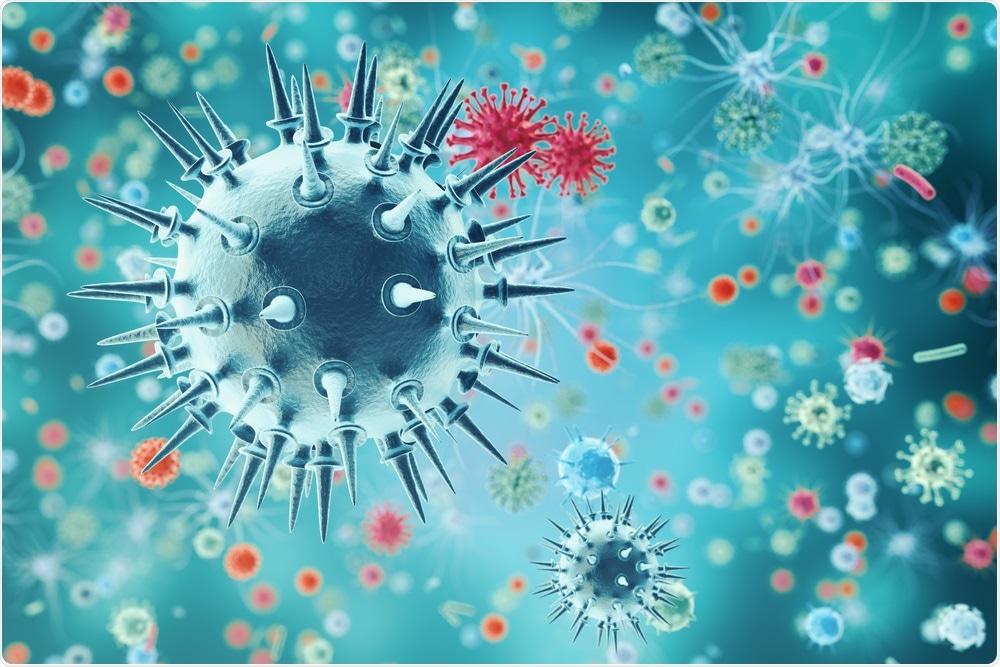 Coronaviruses have caused three major epidemics since 2003, with the ongoing severe acute respiratory syndrome coronavirus 2 (SARS-CoV-2) pandemic being the most concerning of them all. In all previous endemic cases, the emergence of coronaviruses among humans has been associated with zoonotic transmissions from animal reservoirs, proving the propensity of such pathogens to be transmitted between species. Among the four recognized genera of the family Coronaviridae, human infections that have been reported thus far have been limited to alpha coronaviruses and beta coronaviruses.

The porcine deltacoronavirus (PDCoV) is a member of the genus Deltacoronavirus. PDCoV affects the jejunum and ileum and causes gastrointestinal symptoms in piglets that can lead to dehydration and possibly death. There have also been reports of symptomatic infection, in experimental settings, in chickens, turkeys, calves, and even humans. The PDCoV spike glycoprotein binds to an interspecies conserved site, the host aminopeptidase N, which facilitates interspecies transmission, including humans (zoonosis).

In a recent Nature study, a team of researchers from the University of Florida describes the presence of PDCoV strains in plasma samples of three Haitian children with acute undifferentiated febrile illness.

As part of ongoing studies at the Christianville school clinic, researchers collected plasma samples from 369 children with acute undifferentiated febrile illness seen at the clinic between May 2014 and December 2015. All participating children were screened for common pathogens associated with fever, including malaria and viral pathogens such as dengue, Zika, and Chikungunya viruses.

Plasma samples that were negative for these viruses were then cultured in Vero E6 cells as a ‘non-biased’ means of identifying potential new or emerging viruses. Cultures of three samples, or 0.8% of the 369 samples collected, were positive for coronavirus strains, which clustered with PDCoV.

Cases 1 and 3 were in-patients from the main campus of the school (school A) that is attended by students from semi-urban areas. Case 2 was from a different campus (school B), which is an elementary school located in the mountains and is about a one-hour drive from school A. Further, school B is in a rural area, with students from very low socioeconomic backgrounds.

Multiple rounds of genomic and evolutionary analyses revealed that all three human infections were the result of at least two independent zoonoses of distinct viral lineages that had the same acquired mutation in the genes encoding Nsp15 and the spike glycoprotein. In particular, the structural analysis indicated that one of the changes in the spike S1 subunit, which contains the receptor-binding domain (RBD), may affect the flexibility of the protein and its binding to the host cell receptor.

These findings were consistent with those of a distinct coronavirus maintained in the swine population that is capable of successful interspecies crossover. Children infected with PDCoV only had a mild illness, with less than 1% acute undifferentiated febrile illness during the time period studied, thereby suggesting that the identified strains did not represent a major human health threat. However, this study only identified symptomatic children who were acutely viraemic with PDCoV.

The recent coronavirus disease 2019 (COVID-19) pandemic caught the world off guard and has claimed over 5.1 million lives to date. In order to be better prepared to tackle such unprecedented pandemics, it is important to study viruses that are capable of interspecies transmission and have the potential to harm humankind.

Therefore, research such as that which is presented in the current study is crucial in helping the medical fraternity prepare better for unforeseen global emergencies. Genomic analysis of such viruses can also yield improved therapeutic and vaccine targets.

Overall, the current study highlights the potential for evolutionary change and adaptation leading to human infections by coronaviruses outside of the previously recognized human-associated coronavirus groups, particularly in settings where there may be close human-animal contact.