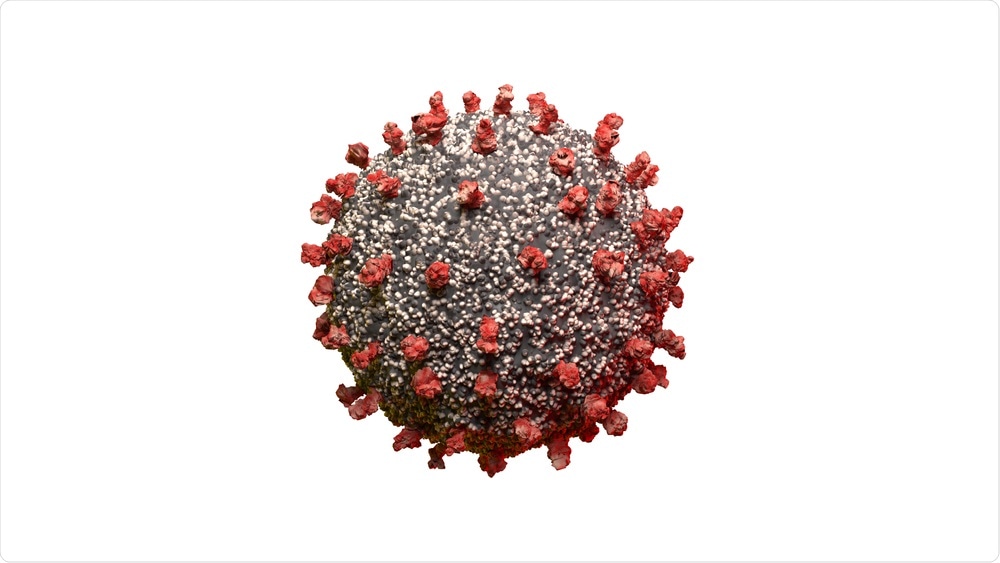 When the severe acute respiratory syndrome coronavirus 2 (SARS-CoV-2), which is the virus responsible for the coronavirus disease 2019 (COVID-19), first spread across the globe, many governments were forced to enact costly and restrictive measures to reduce the transmission. These measures often consisted of mandatory mask-wearing, the closing of public spaces, and even full lockdowns/stay-at-home orders.

When the first COVID-19 vaccines were approved and mass vaccination programs began to show some success, these restrictive measures were rescinded in order to allow economies to recover. However, several SARS-CoV-2 variants of concern (VOCs) have continued to arise, many of which have demonstrated the ability to breakthrough vaccine protection and continue to infect individuals.

The SARS-CoV-2 spike protein consists of two S1 and S2 subunits that must be cleaved by a host protein. The S1 subunit contains a receptor-binding domain (RBD) that binds to the angiotensin-converting enzyme 2 (ACE2) receptor present on the host cell in order to permit viral cell entry, while the S2 subunit is responsible for membrane fusion. Neutralizing antibodies and vaccines often target the RBD in order to prevent entry into the cell; however, many VOCs exhibit mutations in this area that can help them evade immune activity.

In a recent study published in the journal Infection, Genetics and Evolution, researchers from the Instituto Venezolano de Investigaciones Científica investigate the introduction of one of the VOCs into Venezuela.

The researchers took nasal swabs that had tested positive for SARS-CoV-2 during routine diagnosis to assess the spread of the SARS-CoV-2 Gamma VOC across Venezuela. Some selected samples were isolated for complete genome sequencing, followed by sequence alignment and phylogenetic analysis. Statistical differences were evaluated using the Student t-test, Fisher Exact tests, or Chi-Square test with Yates correction.

The scientists developed a partial sequencing methodology in order to allow a large number of samples to be screened for different variants. The first screening was a simple two-round polymerase chain reaction (PCR) amplification to analyze a fragment of the spike protein that is typically associated with key mutations.

Of the first 245 isolates that were successfully amplified, 29 carried both E484K and N501Y, and one carried only E484K. Around 25% of samples failed to amplify, which is likely due to issues with the samples’ integrity.

Once the VOCs were detected, another round of reverse-transcriptase PCR (RT-PCR) was used to amplify a smaller fragment of the spike protein, in which the mutations that are specifically associated with the Gamma VOC could be found. The researchers found no difference between the prevalence of the Gamma VOC in symptomatic and asymptomatic individuals.

In total, 16 complete genomes from the Gamma VOC were isolated, with more than 99.9% similarity. The first of these genomes was found at the end of January 2021; however, the rate of discovery rapidly increased following this point. In some areas of the country, 95% of tested isolates were of the Gamma VOC by March 2021.

The scientists also examined vaccine breakthrough infections that were also reinfections. While not every case was caused by the Gamma VOC, all carried the E484K mutation present in this variant. This mutation was also found more frequently among isolates from non-variants of concern.

Performing a review of the current literature, the researchers recorded a total of 89 reported cases of reinfection. Most of these were of similar or lower severity than the previous infection and displayed a different lineage to the first infection. Almost all reinfection cases involving E484K were found in South America, and reinfection could occur as early as 24 days after initial infection.

The authors of the current study focus on their strategy on sequencing the smallest possible amount of the genome, thus allowing them to process a much larger number of samples than normal. While the presence of mutations at the specific amino acid sites they were examining does not necessarily mean that the VOC of interest was present, the detection of these two mutations has been essential in allowing the scientists to rapidly detect the introduction of the Gamma VOC into the country.

Notably, it only took two months for the Gamma VOC to become the dominant strain in the country. Furthermore, the rapid emergence and dominance in Manaus beforehand show that this variant can spread and prevaricate rapidly.

As one of the VOCs that can evade vaccine-induced and natural immunity, the speed at which this variant spreads is worrying. The research presented here could allow for more rapid detection of SARS-CoV-2 VOCs in other countries, thereby providing invaluable information to public health policymakers and epidemiologists.