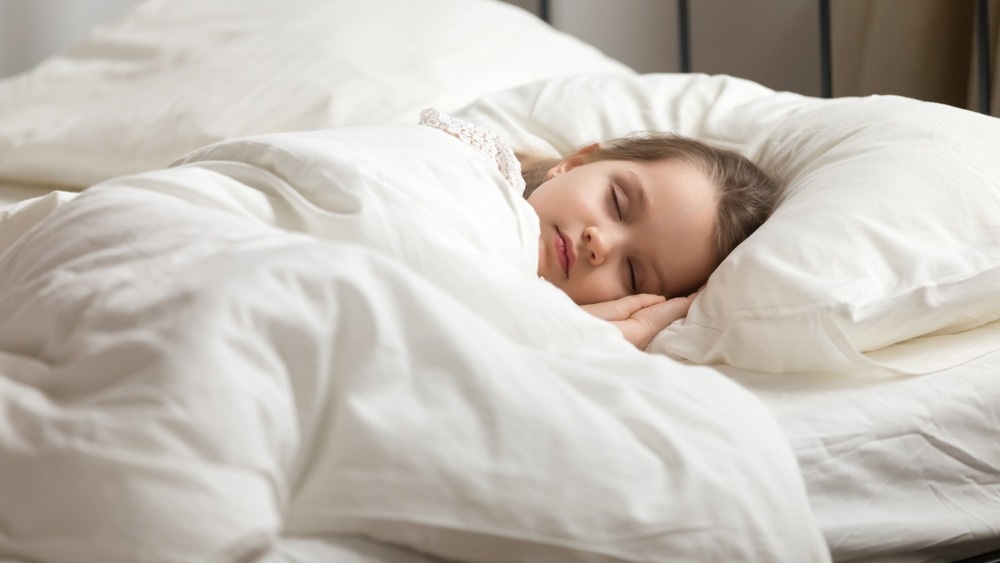 In a recent study published in PLoS ONE, researchers assessed the protective effect of sleep on children’s executive skills during coronavirus disease 2019 (COVID-19) isolation.

The COVID-19 pandemic affected all elements of our daily lives. Many nations have established a confinement plan to limit the virus’s spread. Confinement poses harm to the mental health of both adults and adolescents.

However, it is unknown if confinement has harmful long-term effects on development. In addition to consequences related to mental health, adolescents, adults, and young children have reported alterations in sleep patterns due to COVID-19 confinement.

In the present study, researchers employed COVID-19 confinement to examine whether a reduction in children’s sleep affected their executive function six months later.

During the COVID-19 confinement period observed in 2020, participants were selected through the distribution of flyers via social media and databases and at kindergartens, childcare facilities, and pediatric hospitals.

A November 2020 survey (follow-up) retrospectively evaluated the executive functions of the same participants during the prior six months. Information related to 412 preschoolers was collected for the study.

The caregivers were asked to rate the phrases “My child goes to bed at the same time every night” for bedtime, ”My child falls asleep 20 minutes after bedtime” for sleep latency, “My child sleeps for approximately the same timespan every day” for nighttime sleep duration and “How frequently does your child awaken during the night?” for nighttime awakenings.

Parents completed the Behavior Rating Inventory of Executive Function-Preschool Version (BRIEF-P) in November 2020. The BRIEF-P serves as a tool for measuring executive functioning in children between the ages of two years to five years and 11 months. Following the BRIEF-P scoring guidelines, each participant’s responses were categorized into five subscales: inhibit, emotional control, shift, working memory, and organizing/planning.

First, bedtimes had become more consistent, indicating that children had a higher chance of going to bed at the same time each night under confinement than before.

Secondly, short sleep latency was recorded more frequently, suggesting that children were asleep within 20 minutes of going to bed more often during confinement than before confinement. As a result of the acute confinement implementation, the stability in neither nighttime awakenings nor nighttime sleep duration altered significantly.

The team also found that gender was an important factor in the inhibit score subscale, with boys exhibiting lower inhibitory scores than girls. On the Emotional Control Subscale, emergent metacognition index, inhibitory self-control index, and the global executive composite (GEC), boys had lower scores than girls. The incorporation of variables revealed that a higher degree of caregiver stress predicted a lower flexibility index, GEC, and shift subscale. Additionally, the inclusion of covariates had a slight effect on the results, but did not alter the significance threshold for children’s Nighttime Awakenings as predicting factors in the inhibitory self-control index, emotional control subscales, and inhibit at follow-up.

The team also discovered a correspondence between inhibitory self-control and nighttime awakening indices. This was noted as confinement-induced alterations in nighttime awakening inversely predicted the subscale of Inhibitory self-control at the time of follow-up. In addition, more frequently occurring nighttime awakenings had a detrimental influence on the emotional control subscale during the time of follow-up. Furthermore, there were no remarkable effects of the shift in Nighttime Awakening on the subscales of working memory, shift, and plan/organize.

The study findings indicated the effect of sleep quality on cognitive performance, particularly during development. The data showed that preschoolers also had disturbed sleep in the setting of COVID-19, which particularly predicted inhibitory self-regulation outcomes six months later. Acute deterioration of nightly sleep during critical periods may interfere with cognitive development processes. The researchers believe that in challenging contexts, cognitive growth mechanisms in preschool children could be aided by the sleeping habits of the children.