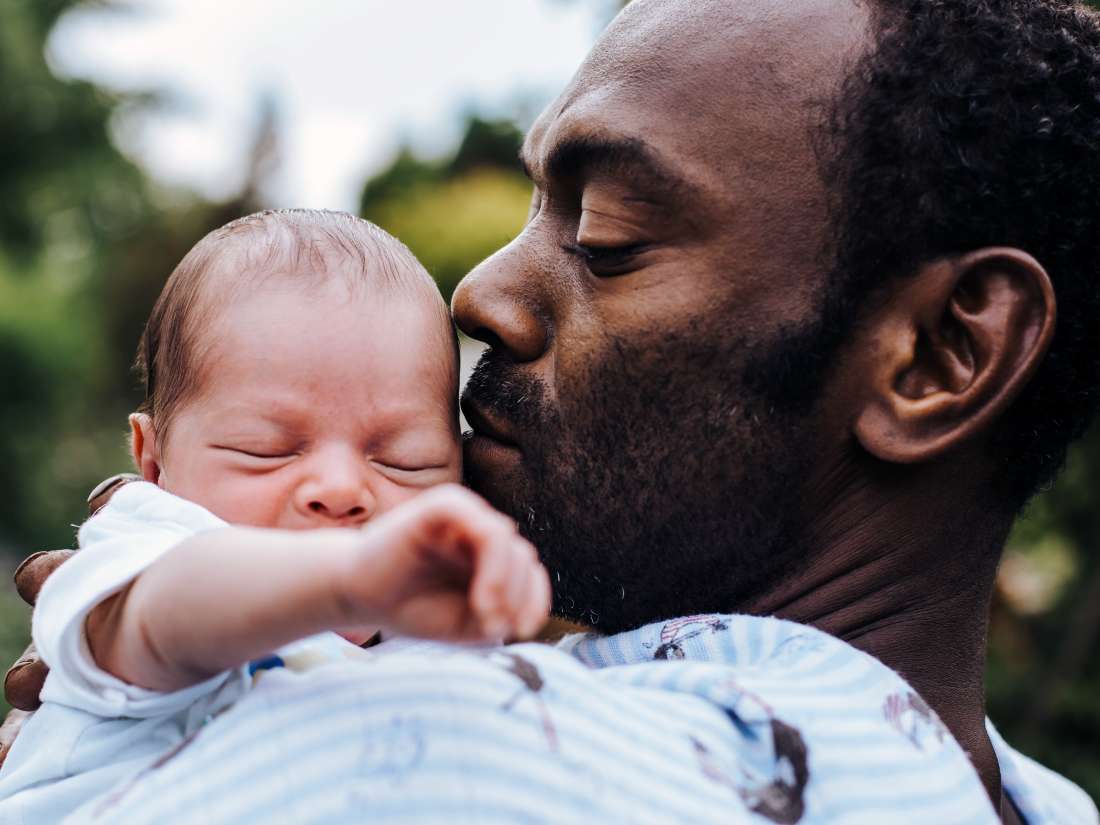 Newborn babies breathe faster than older children and adults. A newborn may breathe more slowly when they sleep, but their respiratory rate should always fall within a healthy range.

Very fast or slow breathing may signal an infection or another condition.

If a baby with labored breathing does not receive prompt treatment, there is a risk of serious complications.

Read on to learn about the healthy range of respiratory rates for newborns. Also, learn how to measure a newborn’s respiratory rate and what to do when the rate is faster or slower.

A newborn should take 40–60 breaths per minute. A single breath is one inhalation and one exhalation.

However, researchers behind a 2016 study of 953 healthy, full-term newborn babies found that their respiratory rates varied significantly.

The average respiratory rate was 46 breaths per minute 2 hours after birth. Still, around 5% of the babies took 65 breaths per minute or more. This suggests that a slightly faster breathing rate may be common and healthy, in some cases.

Respiration steadily slows as a baby gets older. The typical breathing rate for a toddler, aged between 1 and 3 years, is 24–40 breaths per minute.

Babies who are very upset may hyperventilate while crying. If their breathing returns to normal, they are usually fine.

A fast respiratory rate, or tachypnea, tends to be more common than a slow rate in newborns. Tachypnea usually means that the baby is not getting enough oxygen and compensating by breathing more frequently.

Many issues can lead to labored breathing in newborns. Some for respiratory distress include:

Newborns have a higher risk of respiratory problems than older babies or children. Some causes and contributing factors include:

The most reliable way to measure newborn breathing is to count the number of breaths in 60 seconds. This is because some newborns breathe at irregular intervals. Those in respiratory distress are more likely to breathe in an unusual pattern.

The following methods can help with measuring a newborn’s breathing:

Sleeping babies tend to breathe more slowly, at a rate closer to 30 breaths per minute. During sleep, a baby may also breathe at an irregular rate or stop breathing for a few seconds.

If the baby shows no other signs of respiratory distress, slightly slow or irregular breathing during sleep is usually no cause for concern.

Newborns with respiratory infections or heart or lung disorders have a higher risk of breathing problems at night. Anyone with concerns about nighttime breathing in babies should consult a pediatrician, who can provide guidance.

Respiratory distress is the medical term for labored breathing. Lasting respiratory distress can be a sign of hypoxia — a low level of oxygen in the blood. Oxygen deprivation can cause brain and organ injuries, and it can be fatal.

A baby who is breathing more or less than usual and shows signs of respiratory distress needs immediate medical attention.

Some signs of respiratory distress in newborns include:

Closely monitor babies who breathe very quickly or slowly. If the issue persists, contact a doctor or midwife, or otherwise seek medical care.

If a baby shows any of the following signs, take them to a doctor:

Respiratory distress can come on suddenly in newborns and is more dangerous in babies than it is in older children. A person should seek medical attention without delay.

Breathing problems in newborns can be frightening for caregivers. However, the underlying causes are often treatable. Receiving prompt medical care lowers the risk of serious complications.

If the symptoms persist and the doctor is unavailable, take the baby to the emergency room.