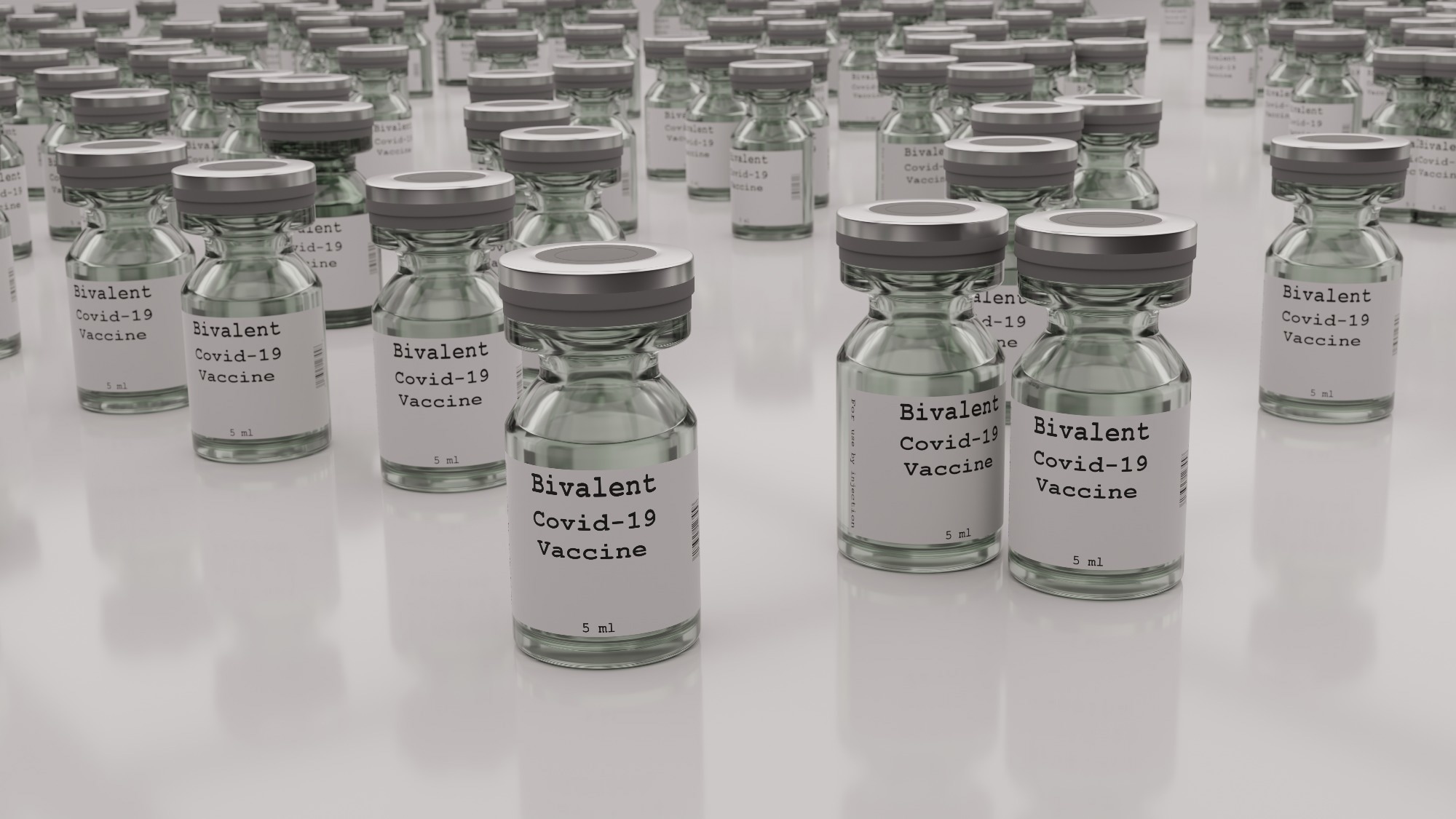 The coronavirus disease 2019 (COVID-19) pandemic led to intense activity among vaccine researchers to develop a safe and effective vaccine against the severe acute respiratory syndrome coronavirus 2 (SARS-CoV-2). The first to be developed, and so far the most effective, were the messenger ribonucleic acid (mRNA) vaccines from Pfizer/BioNTech and Moderna.

These were monovalent vaccines, and though initially effective, they lost their efficacy significantly when confronted with the Omicron variant of the virus. Originally developed to encode the spike protein variant of the ancestral virus, the dozens of immune evasion and escape mutations in Omicron that altered the binding epitopes of the virus antigenic proteins led to the loss of protective efficacy.

A new study presents evidence suggestive of restored or increased efficacy from changing the formulation to a bivalent one.

The first bivalent mRNA COVID-19 vaccine was recommended for use by the Advisory Committee on Immunization Practices (ACIP) at the beginning of September 2022. It contains elements of both the ancestral and the Omicron BA.4/BA.5 subvariants.

The aim of developing this vaccine was to overcome the reduced efficacy reported after Omicron’s emergence, which fueled fresh waves of COVID-19 worldwide. Initially, the bivalent vaccine is recommended to be administered for those aged 12 years or more, in the case of the Pfizer vaccine, or 18 years and above with the Moderna vaccine, provided they have already completed a primary course of vaccination of any recognized monovalent vaccine (that is, either authorized or approved by the US Food and Drug Administration, FDA). Approximately six weeks later, the same body recommended its use in children as young as five years and above.

The recommendations came from the evidence of immunogenicity derived from clinical trials of bivalent vaccines containing ancestral and BA.1 strains. Interestingly, clinical efficacy data was not available.

In the current study, published in the Morbidity and Mortality Weekly Report released by the US Centers for Disease Control and Prevention (CDC), data on clinical effectiveness is drawn from the Increasing Community Access to Testing (ICATT) program, which aims to expand testing for the virus in socially backward communities. The formulation used here was the bivalent booster containing Omicron BA.4/BA.5 strains.

The ICATT program saw pharmacies performing free nucleic acid amplification tests (NAATs) on adults with symptoms of COVID-19. For the current study, data were drawn from almost 10,000 pharmacies administering over 360,000 but without any conditions associated with compromised immunity from September 14, 2022, to November 11, 2022. Omicron was predominant during this period.

None of the patients whose data was included here had received less than two or more than four monovalent vaccine doses, nor had any received their last dose within two months of the study. Also, none had tested positive during the three months preceding the start of the study period.

The testing results showed that about a third of the tests turned out positive, of which a quarter were unvaccinated. About 5% had received a bivalent booster, while the rest had obtained two to four monovalent vaccine doses.

The absolute VE of this type of booster, when taken after two doses of a monovalent vaccine, hovered at about 30% and 20% among those aged 50-64 years and those aged 65 years or above, respectively. With two or more doses of monovalent vaccine, the aVE was higher, at 43%, in younger adults (18-49 years) compared to older adults, but not with three doses compared to two.

The relative vaccine effectiveness (rVE) of the bivalent booster dose was calculated to be 30% and 56%, compared to that of two or more monovalent vaccine doses at 2-3, or eight months since the last dose, respectively, in the age group of 18-49 years.

However, the rVE was higher with greater time elapsed since the last monovalent vaccine dose in those who had received two or more primary vaccine shots, irrespective of age.

The initial estimates of VE for the bivalent vaccines show that,

Earlier immunogenicity studies on Omicron-specific bivalent vs. monovalent vaccines measured the titer of neutralizing antibodies after taking either of the above as a fourth dose. This adds to the utility of such studies by adding clinical efficacy estimates based on real-world data.

These findings support the current COVID-19 vaccination policy recommending a bivalent booster dose for [all] adults” who have completed a primary course.