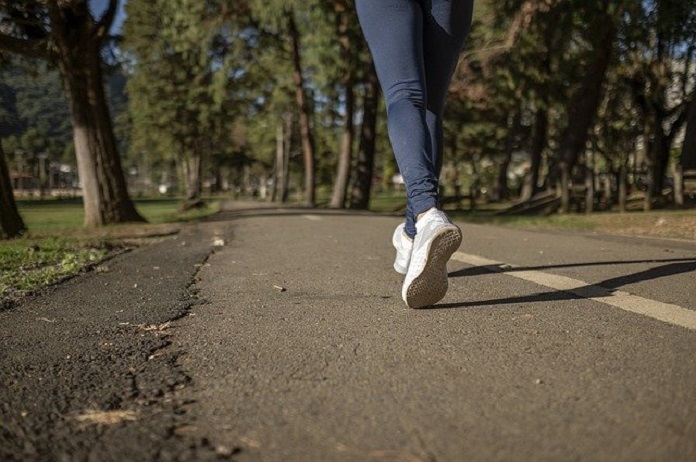 Usually, activity trackers such as Fitbit are worn on the wrist like a watch. There are many different models of Fitbit devices. Depending on the type, the wearables can track a variety of physical data, such as exercise, intensity, inactivity, steps taken, heart rate, blood pressure, and even amount and quality of sleep.

Fitbits use different tracking sensors to measure physical data. Most wearables use accelerometers or gyroscopes to measure activity levels. Global positioning systems (GPS) and barometers are also used to accurately measure activity and movement. The different sensors all have differing levels of accuracy, but do not use as much battery life.4

Activity trackers also measure health data such as heart rate. Heart rates are typically measured by an electrocardiogram (ECG) or a photoplethysmogram (PPG). ECG sensors measure the heart’s electrical activity to determine heart rates. The ECG sensors most commonly found in activity trackers worn on the wrist are not as accurate as those determined from a chest-strap sensor. PPG sensors measure the change in blood vessel volume to determine heart rates. Studies have shown that both sensors have acceptable accuracy when compared with clinical ECG measurements.4

Activity trackers can also be used to measure blood pressure, fluid electrolytes, and cardiac output, but are not commonly available in wristband form.

Healthcare practitioners quickly realized the potential value of fitness trackers as a means to monitor health conditions. Because they provide a more accurate assessment of a person’s activity levels, healthcare practitioners could rely on data from the health trackers instead of foggy memories. Data on exercise intensity would no longer be subjective but could be quantified for real time assessment. Fitness trackers also have value as motivators of healthy behaviors and can help wearers set and reach their fitness goals.

Because heart disease and heart-related health concerns make up the top three causes of death globally (WHO), healthcare practitioners are especially keen to make full use of their data. Physical activity trackers like Fitbit have great potential to identify difficult to detect health conditions.

One such common, but difficult to detect condition is atrial fibrillation (AFib). Atrial fibrillation is an abnormal heartbeat. It occurs when the upper chambers of the heartbeat irregularly, out of sync with the lower chambers5  AFib can lead to stroke or heart failure (heart.org). AFib affects up to 34 million people worldwide but is difficult to detect.6 Often people experiencing AFib do not show any outward symptoms.

Participants in the Fitbit Heart Study wore Fitbit activity trackers and reported heart data. Any participant that showed signs of AFib was alerted and connected with a healthcare practitioner for a virtual appointment. Fitbits’ sensors use photoplethysmography (PPG) technology to measure blood flow and heart rates.  From this, the Fitbit algorithm calculated heart rhythm, which allowed it to detect atrial fibrillation if it occurred.7

The Fitbit Heart Study showed that Fitbit’s algorithm was 98.8% successful in AFib detection, and 100% accurate in identifying normal heart rhythms. The FDA granted 510(k) clearance for the device.8

The AFib algorithm is available to users of the Fitbit Sense, the company’s first wearable with an ECG app. The device contains an electrodermal activity sensor for stress management, and up to six hours of battery life.

While an activity tracker is not a substitute for regular check-ups with your healthcare practitioner, it did answer the question, ‘Can Fitbit detect AFib?’ with a resounding yes. It is important to remember that activity trackers can be part of a holistic personal health program. The data they provide helps users get up and leave the sedentary lifestyle behind them.

One should always consult their healthcare practitioner before beginning any new diet or exercise plan.

Image by Daniel Reche from Pixabay

Researchers reveal the effect of ultra-processed foods on skeleton development
Genmab and Seagen Announce U.S. FDA Filing Acceptance for Priority Review of Tisotumab Vedotin Biologics License Application for Patients with Recurrent or Metastatic Cervical Cancer
U.S. FDA Grants Accelerated Approval to Trodelvy for the Treatment of Metastatic Urothelial Cancer
The Fitness Industry, Already Changed, Could Morph Even More
Survey asks children about their happiness and hopes for the future