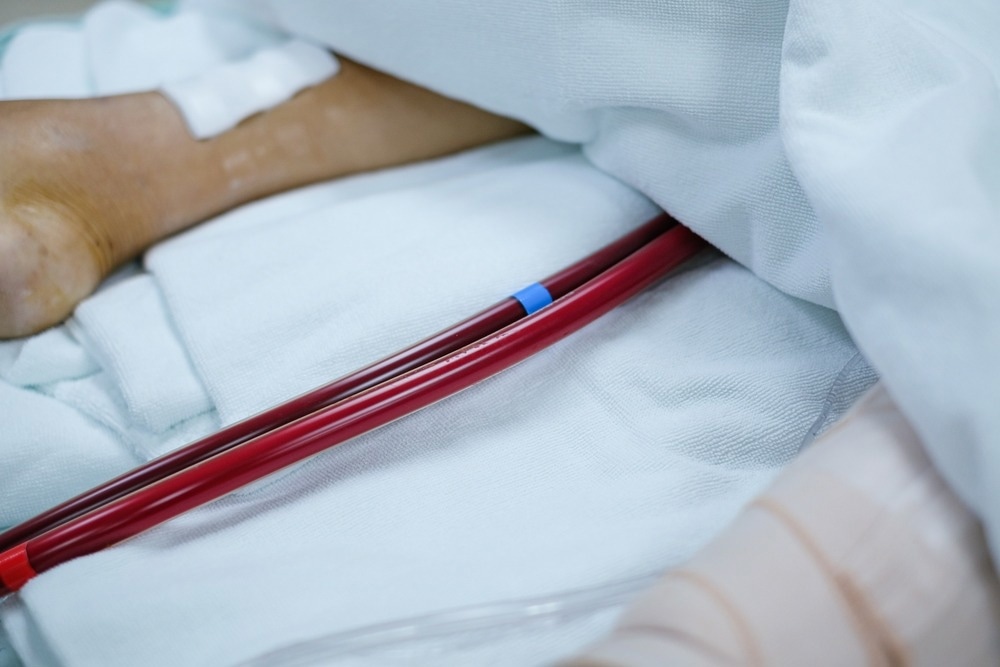 From February 2020 onwards, several COVID-19 waves occurred in France, and the clinical presentations and mortality rates of ECMO-treated CARDS patients differed during each pandemic wave. COVID-19 management evolved with increased knowledge of SARS-CoV-2 VOC infections. However, data on ECMO outcomes among individuals infected with SARS-CoV-2 VOCs are limited.

During the initial pandemic wave, several CARDS patients required ECMO in the Amiens University Hospital center, and >50% of patients survived. During W3, to increase patient survival rates and avoid CARDS cases not requiring ECMO [based on the ECMO to Rescue Lung Injury in Severe ARDS (EOLIA) criteria], the team included the COVID-19 progression duration (i.e., the duration between symptom onset and ECMO) in the ECMO implantation criteria, based on clinical experience gained in the first and second waves.

In the present study, researchers compared mortality rates among ECMO-treated CARDS patients during W1, W2, and W3 in France, as an ancillary study of a prospective cohort study of ICU-admitted COVID-19 patients conducted at Amiens University tertiary care hospital.

Fourteen, 14, and 26 CARDS patients required ECMO during W1, W2, and W3, respectively. The median age of the participants was 61 years, and 75% were males with a median SOFA score of 11. There were no statistically significant differences during the three waves except for greater serological creatinine levels among patients infected during W1. The duration between symptom onset to ECMO (17 days versus 11 days) and from ICU admission to intubation (four days versus one day) was greater during W2 than W1.

Glucocorticoids were administered mostly after W1, and femoral-jugular cannulas were inserted in 95% of patients three days post-intubation. During their ICU stay, all W2 and W3 patients developed ventilator-associated pneumonia. Over 59% (n=32) of patients were weaned from ECMO, and 28 patients died. The 90-day mortality rate significantly elevated from W1 to W2 (six versus 12 patients) and significantly decreased from W2 to W3 (12 versus 10 patients). RESP scores and time from symptoms onset to ECMO (hazard ratio of 1.1) were independent mortality factors.

To summarize, the 90-day mortality rates increased during W2 but improved during W3, and COVID-19 progression before ECMO could be an independent factor associated with 90-day mortality. CARDS prognosis worsened 12 after disease evolution, making ECMO therapy ineffective for such patients.

Lingering Effects Seen With Non-COVID Respiratory Illness Too
The Elton John AIDS Foundation: a powerful force in the end to the AIDS epidemic
Players and Attendees Push Back Against Anti-LGBTQ Laws and Sentiment in Qatar
Respiratory Syncytial Virus (RSV)
Fauci says China has done a bad job of vaccinating the elderly and their shots are not very effective against Covid