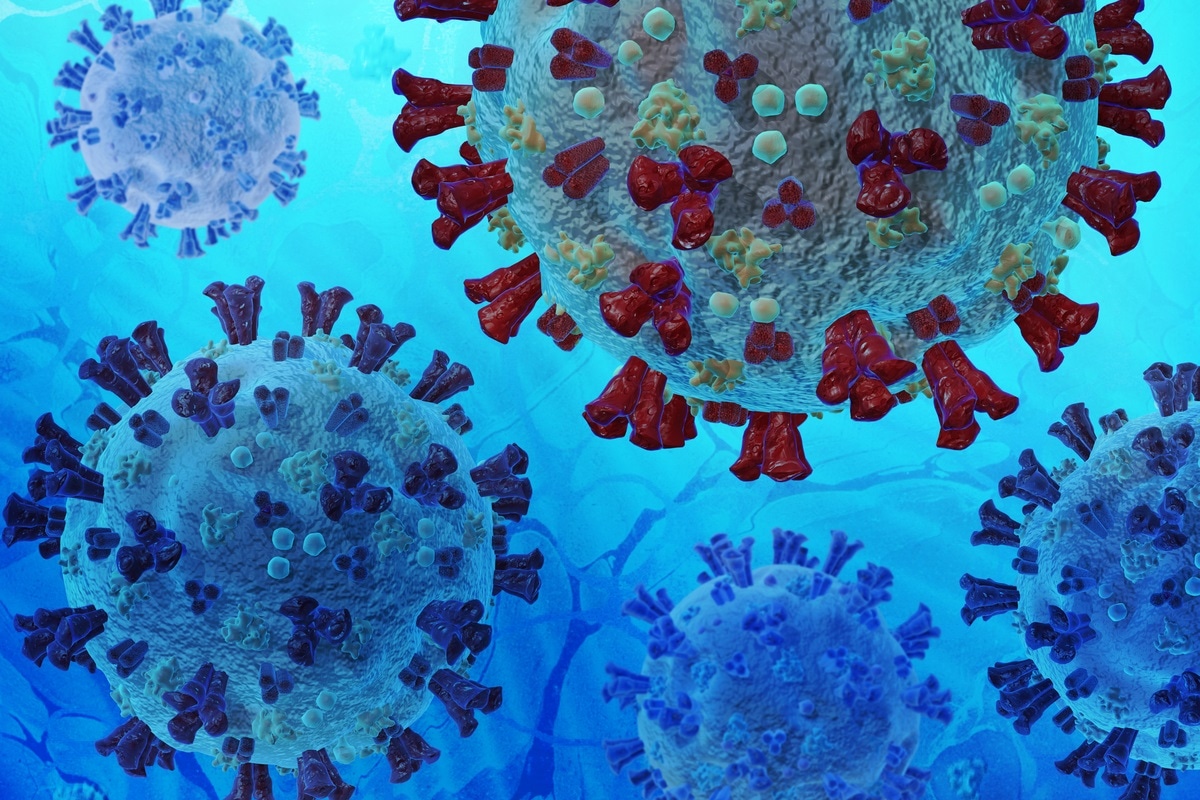 As the coronavirus disease 2019 (COVID-19) pandemic continues to take an enormous toll on public health and the economy in many parts of the world, the search for effective and safe new treatments remains an urgent one.

A new study by a team of researchers at the Keck School of Medicine, University of Southern California, USA, reports a potentially important therapeutic target in the form of a molecule called GRP78 that promotes the entry and protein production by many viruses. The team’s paper has been published in the Journal of Biological Chemistry.

The rollout of vaccines offers some hope that viral spread may be contained within a few years, albeit this hope is threatened by the emergence of partially resistant new variants of concern (VOCs) such as the South African, Brazil or Indian variants. The successful identification of treatment approaches could help deal with these resistant variants or treat those who cannot get the vaccine for various reasons.

Besides the ACE2 molecule, other host factors act as cofactors to establish productive infection. One such site is the GRP78 (78 kilo-Dalton glucose-regulated protein) which appears to interact with the viral receptor-binding domain (RBD).

This may indicate that it is an alternative receptor for viral entry. Computational modeling showed that this receptor promotes GRP78-mediated recognition by the UK VOC, B.1.1.7, and the South African variant, B.1.351.

This protein is a heat shock protein found abundantly within the endoplasmic reticulum (ER). GRP78 is a major ER chaperone, enabling proper synthesis and maturation of viral proteins. For instance, it ensures correct protein folding, which is essential for protein function. It regulates the protein unfolding required for cellular responses to ER-targeting stresses.

This protein is expressed on airway cells and many other tissues and is overexpressed in SARS-CoV-2 infection. During viral infections, as with Zika, Ebola, and now SARS-CoV-2, it migrates to the surface of the cell (cell surface GRP78, csGRP) and promotes viral entry.

The current study provided experimental proof to support earlier computational modeling predictions, that in SARS-CoV-2 infection, the viral spike RBD complexes with both GRP78 and ACE2. This depends on the presence of the spike binding domain (SBD) of GRP78, as shown by a previous modeling study.

GRP78 also binds directly to ACE2, through both the SBD and the ATP binding domain. The GRP78 thus stabilizes spike-ACE2 binding besides acting as a co-receptor. This enhances efficient viral entry. 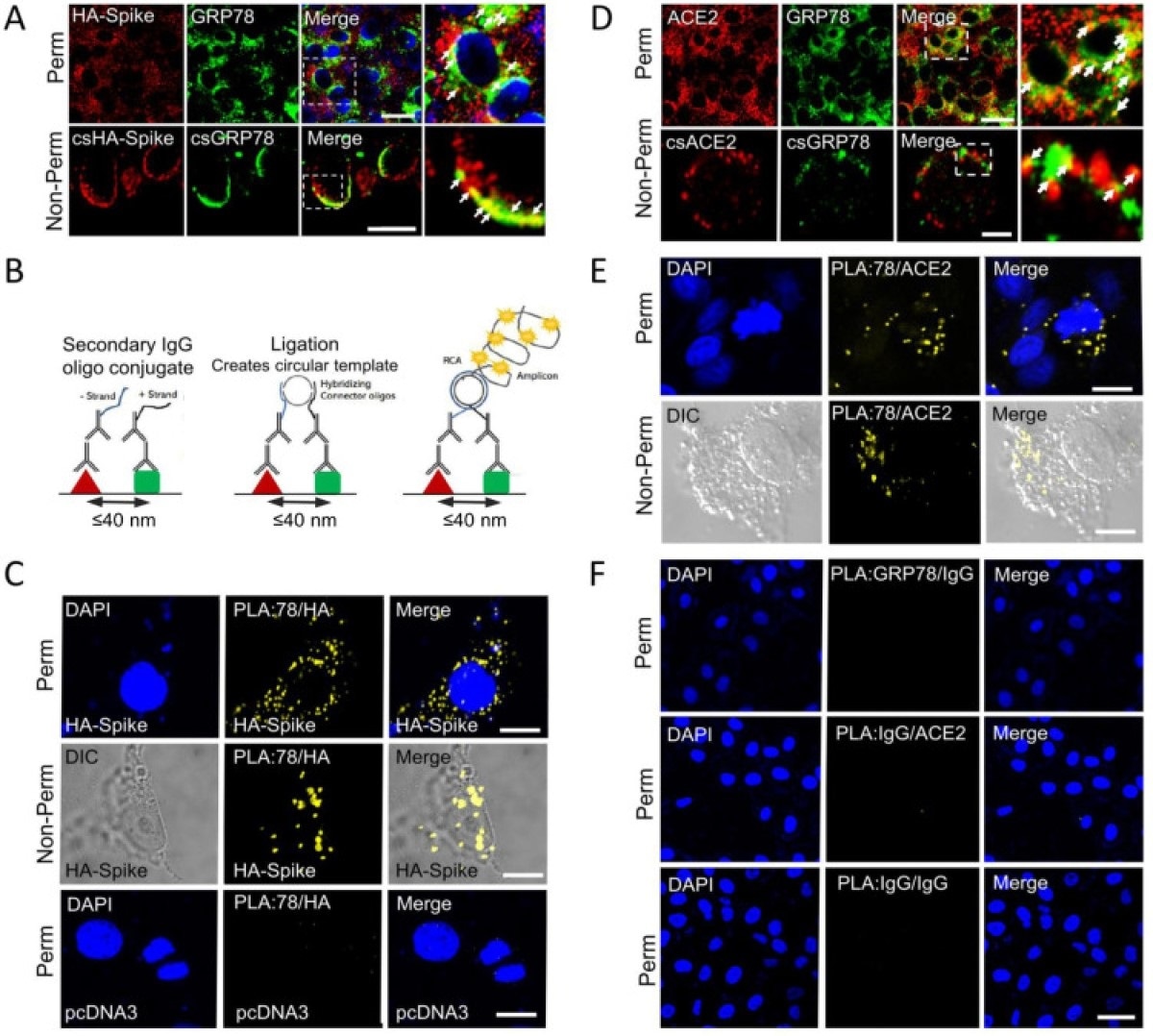 The finding that GRP78 is found in the vicinity of ACE2 both in the perinuclear region where the ER is typically found, and on the cell surface, confirms its role as a co-receptor for both the viral spike protein and human ACE2.

When GRP78 expression was blocked by knocking out the corresponding gene, csACE2 and csGRP78 levels were markedly lower. The cells also showed evidence of protein unfolding. Under ER stress conditions, however, normal cells showed higher GRP78 and csGRP78 levels, but no increase in ACE2 levels.

The researchers also found that a GRP78-targeting monoclonal antibody (humanized MAb159, hMAb159) could be used in lung epithelial cells, to deplete GRP78 and csACE2 from the cell surface. Moreover, the number of cells with csACE2 also decreased.

Cells pre-treated with hMAb159 showed specific and significant reductions in the entry of SARS-CoV-2-spike-expressing pseudoviruses.

“Our work provides the first experimental evidence that GRP78 is a direct binding partner of SARS-2-S.” These findings validate earlier computational modeling findings, indicating that not only is GRP78 a promoter of SARS-CoV-2-spike-ACE2 binding, but it also facilitates csACE2 expression.

This molecule is, therefore, a cofactor for SARS-CoV-2 entry, and a potential target for COVID-19 treatment.

The specific GRP78 antibody hMAb159 has been tested for safety in preclinical models and is on the brink of development as a drug. It could be used not only by itself but in combination with other therapies to combat this illness.

Moreover, its overexpression in stressed cells may partly, at least, underlie the increased severity of COVID-19 in patients with chronic illness. While normal cells require GRP78 for their function, infected cells typically have higher amounts.

In this situation, the use of hMAb159 and other drugs that block the activity of ER chaperones like GRP78, which are necessary for viral protein synthesis, could form multiple effective approaches to SARS-CoV-2 inhibition. And not just this virus, but new strains that may emerge, could be targeted.

Thus, instead of targeting individual viruses which are prone to mutations, targeting their critical auxiliary host chaperones such as GRP78 could have a broad spectrum anti-viral effect beyond SARS-CoV-2 with wide clinical implications.”

Whip Up a Healthier, Dairy-Free PSL at Home With This Easy 6-Ingredient Recipe
Woman Donates 500 Care Packages To Breast Cancer Patients
Medicaid expansion helped save lives of young adults who experienced a traumatic injury
Here’s What Runners Should Look For When Shopping For Base Layers — Plus, 10 Top Picks
Pandemic Sleeplessness: Are Kids Tossing and Turning as Much as Adults?