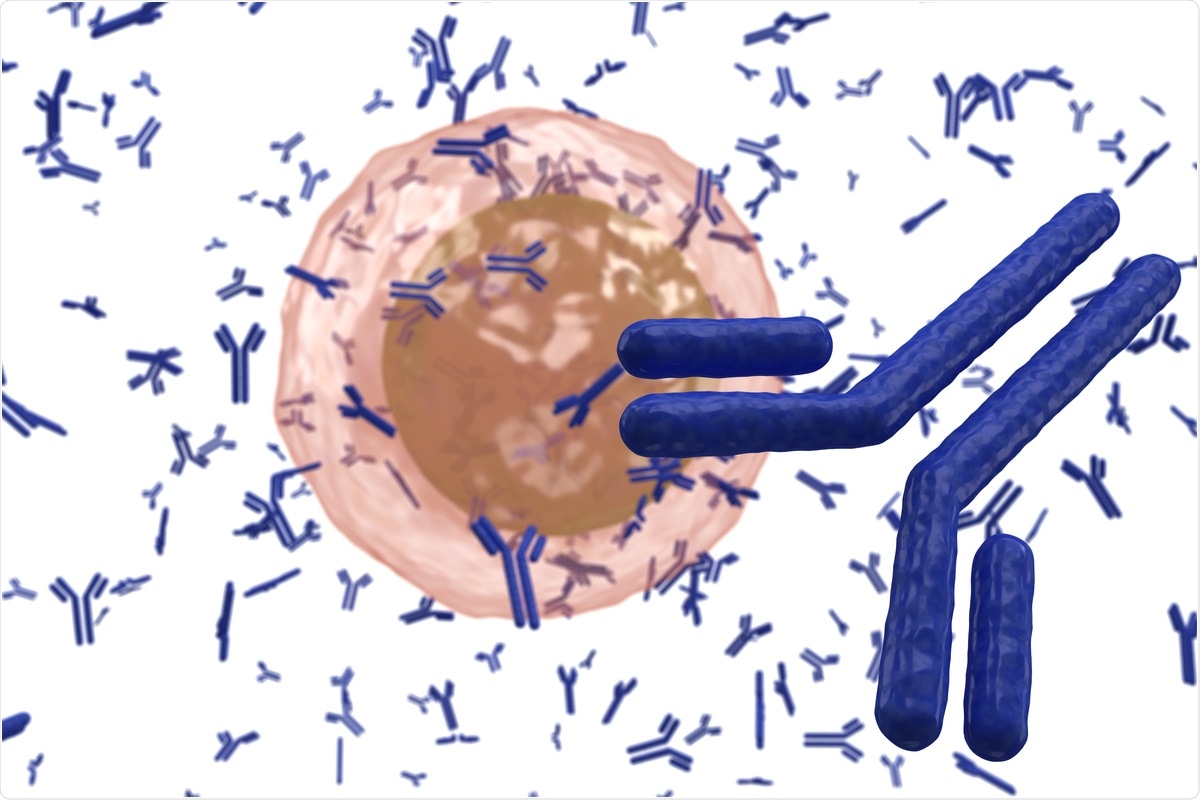 The immune system works by making sure foreign invaders are detected and eradicated from the body to prevent infection. Antibodies are developed after the body gets invaded by a pathogen, such as a virus or bacteria. They work by scouting these pathogens to neutralize and kill them.

Amid the coronavirus disease 2019 (COVID-19) pandemic, one of the questions often raised is: how long will immunity against the severe acute respiratory syndrome coronavirus 2 (SARS-CoV-2) last?

Previous studies have shown that the body’s antibody response and the production of neutralizing antibodies last for about 4 to 6 months.

A new study, which was published in the journal Nature, shows that the memory B cell response to SARS-Cov-2 evolves between 1.3 and 6.2 months after infection in a manner that is consistent with antigen persistence.

The immune system is a complex network of cells and proteins that work by defending the body against infection.

Immunoglobulins are proteins produced by plasma cells and lymphocytes. These play an imperative role in the immune system as they attach to foreign invaders and recognize and bind to particular antigens, like viruses and bacteria, to destroy them.

Another important aspect of the immune system is the memory B cell response. Memory B cells are plasma cells that can produce antibodies for a long time. The activity of these cells is highest during the first two weeks of infection and between two to four weeks, the response wanes.

Though antibody levels drop with time, the nature and quality of the memory B cells that would reactivate to produce antibodies during re-infection has not yet been thoroughly examined.

In the study, the team reported on the humoral memory response in 87 people examined at 1.3 and 6.2 months after SARS-CoV-2 infection.

To arrive at the study findings, the researchers characterized antibody responses to SARS-CoV-2 in a group of COVID-19-convalescent people about 40 days after infection. From August 31 and October 16, 2020, about 100 participants returned for a 6-month follow-up study visit. Of these, 87 people with COVID-19 returned for analysis at exactly 6.2 months or 191 days.

Memory responses are responsible for protection from re-infection and are essential for effective vaccination. The observation that memory B cell responses do not decay after 6.2 months but instead continue to evolve, is strongly suggestive that individuals who are infected with SARS-CoV-2 could mount a rapid and effective response to the virus upon re-exposure,” the team concluded in the study.

This study highlights the importance of a robust immune response. Also, it shows that due to memory B cell responses, people are less likely to be re-infected within about six months after being infected.

The study results can also help scientists in developing vaccines against the virus.

Finding the best strategy to contain the virus spread is crucial. To date, there are more than 95.72 million cases and over 2 million deaths tied to COVID-19.

Contraceptive pill can reduce the risk of type 2 diabetes in women with PCOS, study reveals
UQ research center aims to reduce the number of stillbirths
Researchers report long-lasting effects of gene therapy in children with deadly immune disorder
How to help a loved one with body dysmorphic disorder
Virtual Care May Help Multiple Sclerosis Patients Even After the Pandemic