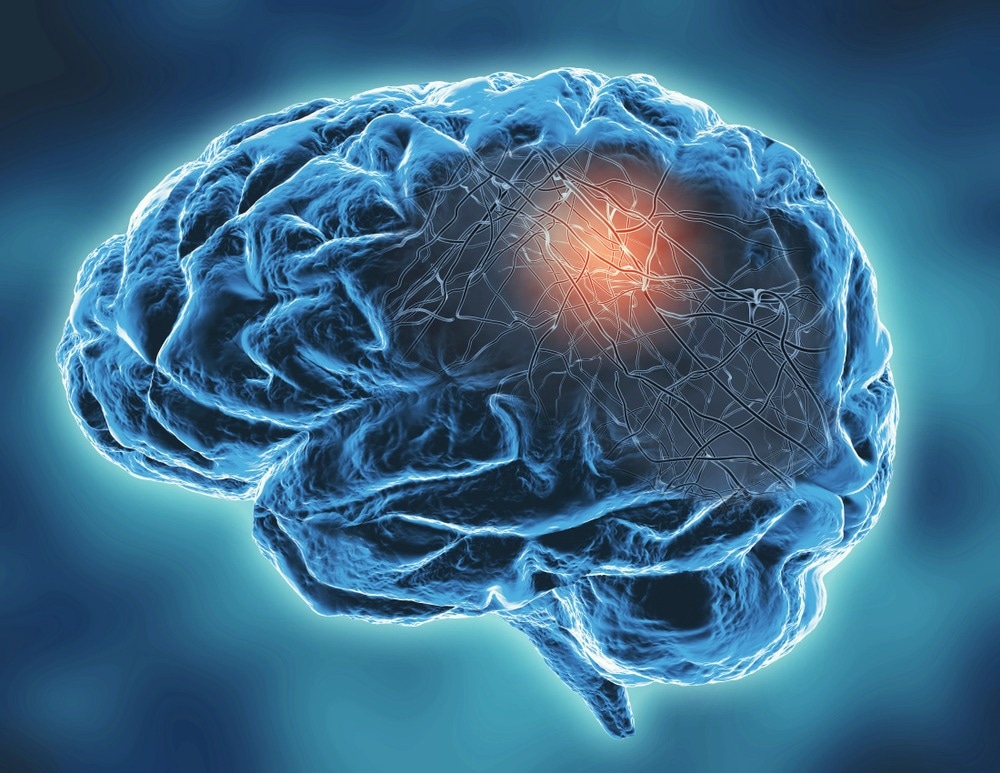 In a recent study posted to the bioRxiv* preprint server, researchers explored the effect of severe acute respiratory syndrome coronavirus 2 (SARS-CoV-2) exposure on the brain.

Neuroicoronavirus disease (COVID) is a term that encompasses the short- and long-term neurological and mental complications associated with SARS-CoV-2 infection. The accurate identification of the molecular processes underlying the viro-induced brain alterations is hampered by the extremely heterogeneous and changeable nature of these symptoms. Despite limited infection, mere exposure of the brain cells to SARS-CoV-2 particles is sufficient to cause major alterations in the synapse organization linked to dysfunctional electrical activity.

The team created an organotypic ex vivo culture with frontal and parietal cortex slices from post-mortem brain excision of non-COVID patients to better regulate the effects of SARS-CoV-2 exposure on the human brain. The 3D microelectrode array measured the functional activity of cultured brain slices since they displayed remarkable spontaneous electrical activity. The team employed a 3D system that replicated an embryonic cortex without microglia.

Mass spectrometry-based differential proteomics was performed on a single cortical organoid infected in either the presence or absence of SARS-CoV-2 to detect the molecular changes caused by the virus. This method allowed the team to account for the varying permissiveness of SARS-CoV-2 observed from organoid to organoid. The team first compared the post-translational modifications (PTM) found in the proteomes. A new analysis of the single organoid proteomic dataset was conducted. Using the ex vivo organotypic brain slices, the team investigated if such a phenotype might be detected in a model with limited synaptic plasticity.

Even in patients with negative blood viremia, the team detected a small amount of viral RNA in the temporal lobe, supporting the theory that some viruses may be able to enter and possibly survive in the brain. After cortical slicing, anatomopathological investigations revealed reduced neuronal density, probably caused by the cutting process. Beyond the slice’s edge, neural cell viability was mostly retained, and the overall tissue architecture and cellular make-up of the slice remained unchanged.

Ex vivo infection of frontal and parietal brain slices infected with SARS-CoV-2 reporter viruses demonstrated that only a small proportion of cells could become infected, and the virus could not spread further into the slice post-initial virus inoculation. SARS-CoV-2 resulted in neither toxicity nor significant tissue disorganization. This data showed that SARS-CoV-2 could infect neural cells only to a limited extent. However, after the initial inoculum, the viral replication kinetics plateaued, making it unlikely that these cells could support the production of new infectious particles.

Cortical organoids infected with SARS-CoV-2 did not exhibit significant cytotoxicity, apoptosis, or organoid development impairment. While the organoids did not release any new infectious particles, further analysis of the cortical organoid infection revealed replication-dependent expression of the viral protein N. Altogether, the team noted that the cortical areas of the brain were a weakly permissive compartment for SARS-CoV-2 spread. Therefore, the team postulated that SARS-CoV-2 exposure to the brain could result in local and temporary disturbances, which was congruent with the pleiotropic and variable neurological symptoms observed in the majority of COVID-19 patients.

The team discovered that nearly a third of the 180 proteins upregulated after SARS-CoV-2 infection was related to the synaptosome. Also, the presynaptic marker bassoon showed considerable enlargement and lengthening after exposure to SARS-CoV-2, as highlighted by quantitative image analysis.

The elevated number of trans-synaptic complexes in human primary neurons observed after exposure to UV-inactivated SARS-CoV-2 particles showed that virus replication was not necessary to cause perturbations. Notably, enlarged synapses have been reported with respect to synaptic homeostasis observed after chronic blockade of α-amino-3-hydroxy-5-methyl-4-isoxazolepropionic acid receptors (AMPARs) and N-methyl-D-aspartate receptors (NMDARs), also called “synaptic upscaling.”

Based on local field potential, the team discovered that organoids exposed to SARS-CoV-2 could be easily distinguished from their mock counterparts. With more than 97% accuracy, an algorithm developed by the team was able to determine whether an organoid had been exposed to SARS-CoV-2. Furthermore, prior to infection or 30 minutes after infection, the same infected organoids could not be distinguished from the mock ones, thus demonstrating the specificity of the algorithm. Altogether, the study concluded that SARS-CoV-2 caused aberrant synaptic architecture that was linked to disturbed electrical synaptic transmission.

Overall, the study findings showed that SARS-CoV-2 significantly altered the synaptosome environment and perturbed the local field potential. These findings were related to the viral particles’ retention at the neuronal synapse, which raised the possibility of a direct host-pathogen interference mechanism.