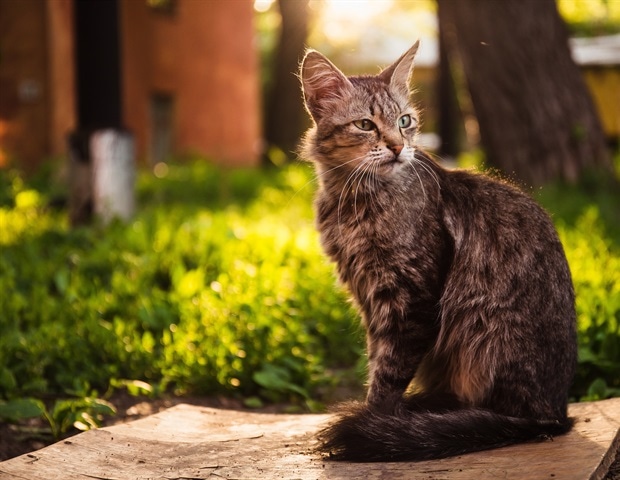 Researchers from the Department of Infection and Immunity of the Luxembourg Institute of Health (LIH) brought forward the potential of high doses of a specific adjuvant molecule, namely CpG oligonucleotide, in successfully modulating the immune system’s allergic response to the main cat allergen Fel d 1, thereby inducing a tolerance-promoting reaction and reverting the main hallmarks of cat allergy.

The researchers analyzed the molecular mechanisms underlying this tolerance and proposed a pre-clinical allergen-specific immunotherapy approach to improve the treatment and control of this common type of allergy. The full study results were published recently in the renowned international journal Allergy, the official journal of the European Academy of Allergy and Clinical Immunology (EAACI) and one of the top two journals worldwide in the allergy field.

Cat allergy is a rapidly increasing phenomenon characterized by an hypersensitivity and excessive immune response to certain allergens associated with felines, particularly Fel d 1, a protein typically found in their saliva, glands, skin and fur. Cat allergy manifestations can range from mild symptoms to the development of severe conditions such as rhinitis and asthma, with potentially fatal outcomes. While pharmacotherapy is an option for the milder forms, only allergen-specific immunotherapy (AIT) can ensure an effective and longer-lasting treatment in the more advanced cases.

AIT typically consists in the subcutaneous injection of gradually increasing quantities of the allergen in question, until a critical dose is reached that induces long-term immune tolerance. Nevertheless, there is still the need to improve cat AIT in terms of efficacy and safety. The researchers hypothesized that the most effective cat AIT could be achieved by optimizing the response of immune system T- and B-cells through immune adjuvants to induce the production of antibodies against Fel d 1 while minimizing inflammatory reactions, thereby boosting immune tolerance to this allergen.

“We sought to explore new means of increasing the anti-inflammatory activity of AIT with the known immunomodulatory adjuvant CpG, but at a higher safe dose than previously used for this type of therapy”, explains Dr Cathy Léonard, scientist within the Allergy and Clinical Immunology research group at the LIH Department of Infection and Immunity and co-corresponding first author of the publication.

To study the cellular and clinical effects of an AIT based on the injection of the Fel d 1 allergen in combination with a high dose of CpG adjuvant, the team challenged Fel d 1-allergic mice with the allergen, both in the presence and absence of AIT.

In addition, AIT-treated allergic mice showed a reduction in the levels of certain pro-allergic cytokine molecules, produced by type 2 helper T cells (Th2), compared to untreated allergic animals. The researchers also noticed that, already very soon after AIT-injection, there was an increase in the tissues of AIT-treated mice in the abundance of immune cell types involved in allergy regulation and tolerance, namely plasmacytoid dendritic cells (pDCs), Natural Killer cells (NKs), regulatory T cells (T-regs) and regulatory B cells (B-regs). These cells were found to express higher levels of the Tumour Necrosis Factor alpha (TNF-α) receptor 2 (TNFR-2), with NK cells also producing the TNF-α cytokine, which are known to play a role in suppressing the allergen-specific immune response, thereby allowing these regulatory cells to act as a ‘brake’ on the immune system.

“At a later stage, we observed a clear increase of TNF-α in the lungs. Interestingly, AIT also triggered the appearance of a novel and unique type of Tregs, known as biTregs, which is even better equipped to counterbalance the allergic and inflammatory reaction in response to the antigen“, adds Dr Léonard.

Collectively, these findings point towards the strong anti-inflammatory and anti-allergic effect induced by AIT with a high and safe dose of CpG adjuvant. Quite strikingly, however, the researchers found that the mechanism underlying this allergy-protective action varies according to whether the treatment is administered as a vaccine to mice that had never previously been exposed to the Fel d 1 antigen, and which therefore did not present an existing allergic state, or under already established allergic conditions, as is the case in AIT. The elucidation of these alternative pathways opens up new insights for the future design of preventive and curative allergy vaccines using CpG adjuvant.

Going further in the translation of these findings into applications for the pre-clinical setting, the scientists developed a delivery system based on the subcutaneous injection of the Fel d 1/CpG treatment, as opposed to the more invasive intraperitoneal administration route. The results equally demonstrated the reversal of all allergy hallmarks and confirmed the anti-allergic effects of the AIT.

In essence, we propose a pre-clinical model of AIT for cat allergy, which mimics the conditions required for human AIT clinical trials and which is already optimized for future use in translational studies. Indeed, our study presents several novelties including the use of endotoxin-free Fel d 1 allergen, which is mandatory in the clinical setting, to prevent the onset of collateral inflammatory responses which could compromise the desired induction of the tolerance-promoting mechanisms.

Moreover, we show for the first time that the use of the maximum dose of CpG tolerated in humans has the ability to modulate the allergic response when combined with Fel d 1 allergen, with very favorable safety profiles and through a well-established and medically-approved delivery mode. Based on our data, we believe that CpG deserves reconsideration as an effective AIT adjuvant in humans and that our work sets the bases for the development of novel successful immunotherapeutic treatments for allergies.”