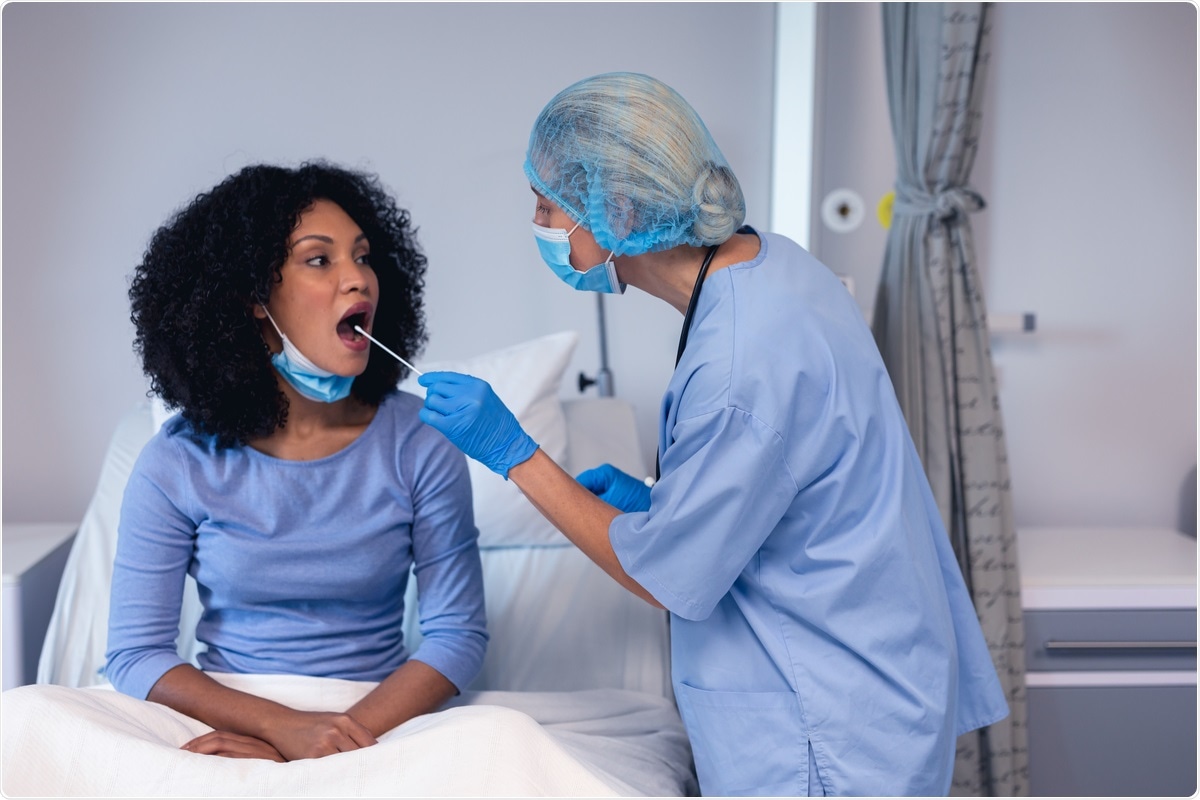 Severe acute respiratory syndrome coronavirus 2 (SARS-CoV-2), the causative agent of the coronavirus disease 2019 (COVID-19) pandemic, gains entry into host cells through contact between projected droplets and the cells of the nose, oral cavity, or eyes. SARS-CoV-2 infectivity depends on the ability of the virus to enter host cells.

The virus binds to the host cell receptor, angiotensin-converting enzyme 2 (ACE2), which is abundantly expressed in the epithelial tissue that lines the respiratory tract; it is in this sense that SARS-CoV-2 is primarily considered a respiratory virus. The ACE2 receptor interacts with the viral spike protein, thereby facilitating entry into the cells.

Study: Oral Mucosa Could Be an Infectious Target of SARS-CoV-2. Image Credit: wavebreakmedia/Shutterstock

COVID-19 is associated with several clinical conditions, such as dysosmia and dysgeusia. Dysgeusia may result due to the effect of SARS-CoV-2 on the tastebuds of the tongue. A previous study suggested that the distribution of the SARS-CoV-2 virus in the oral cavity was thought to be in saliva. Still, recent research showed equal distribution of the virus in the gingival sulcus.

A recent study suggested that ACE2 receptors are expressed in oral tissues, making the oral cavity an important potential entry point of SARS-CoV-2 into the respiratory and gastrointestinal tracts. Thus, a recent study published in the journal Healthcare first reports the expression of ACE2 receptors in the human oral tissue that comprise the gingiva, tongue, and palate.

The current study involved twenty volunteers whose median age was 36 years, with an equal amount of males and females. The medical history of all the volunteers, along with smoking and alcohol consumption history, were recorded.

Background factors of the volunteers such as gender, alcohol consumption, and smoking were not associated with the distribution of ACE2 in the tongue, palate, or gingiva.

Ultimately, the findings indicate that the inflammatory gingival sulcus is a novel shedding route of SARS-CoV-2. The attachment of SARS-CoV-2 to the ACE2 receptors can be prevented through a special periodontal treatment by dental professionals that aims to decrease the ACE2 distribution in the gingival sulcus cells.

The current study indicates that the gingival sulcus can be a new point of entry for the SARS-CoV-2 virus due to the high expression of the ACE2 receptors. Although, the expression of ACE2 in the human oral cavity and their difference in distribution among different ethnicities still needs to be evaluated.

The use of liquid-based cytology in the study is advantageous as it is a useful and non-invasive method that can help evaluate important clinical topics.

Phlebotomist Breaks Into Ballet Performance In The Middle Of The Hospital
New study finds unvaccinated are 11 times more likely to die from Covid, CDC says
Are Sports Drinks Good For You? 8 Health Facts You Need To Know
Coronavirus reports – Part 10: “I didn’t see my mum before I went into surgery”
Hormone therapy gets green light for advanced prostate cancer