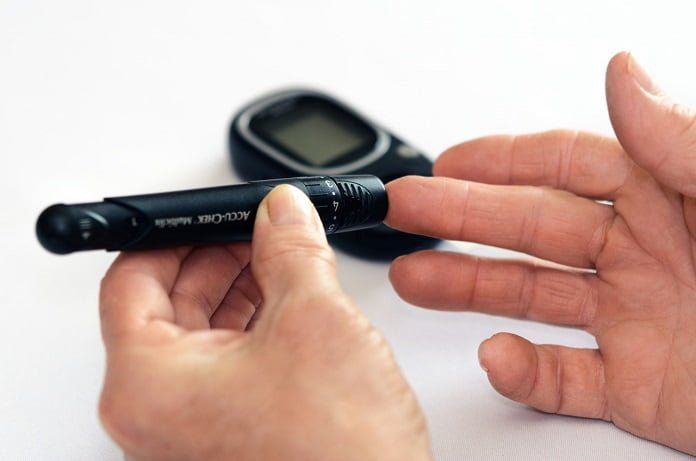 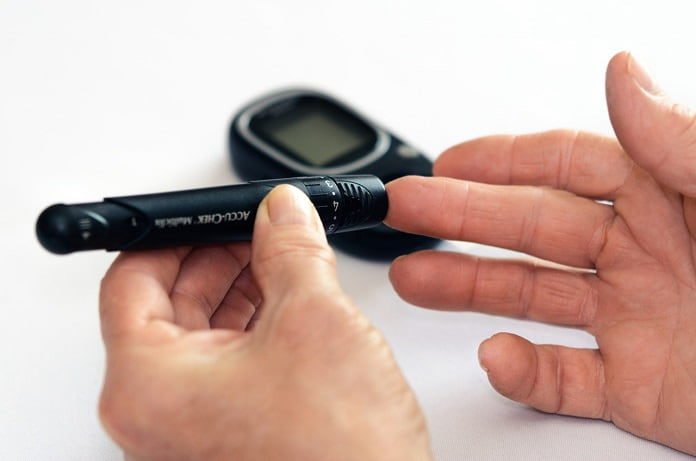 A recent article contains an overview of the current knowledge concerning the effects of diabetes on the kidney, a condition called diabetic nephropathy.

Excess glucose in the blood as seen in diabetes is harmful and causes a variety of problems. One major complication is the effect that it has on the kidneys, a condition called diabetic nephropathy. A recent article published in the American Journal of Kidney Diseases by Kausik Umanath and Julia B. Lewis contains an overview of the current knowledge about diabetic nephropathy.

In addition to poor lifestyle choices, genetics plays an important role in the development of diabetic nephropathy. Such genetic trends can also be seen between races, where it has been observed that the rate of diabetic nephropathy is much more common in African Americans, Mexican Americans, and Native Americans compared to the European Americans. Researchers claim that it is hard to determine the specific genetic variation where such complications may arise in a person. It is, therefore, hard to chart out the exact pathway by which a genetically susceptible person might develop the condition since there is a combination of various genes that may be at play.

The role of the kidney

The kidney is responsible for filtering out toxic substances to maintain normal acidity levels and keep the levels of toxins in our body near zero. It is also responsible for preserving essential compounds that are needed for structural growth of the body such as proteins and glucose, which is why the levels of protein and glucose in a healthy urine sample are nil. Under the effect of diabetes, the structural changes that occur within the kidney are triggered by the impact of the excess glucose on the filtration sites of the kidney. This disrupts the standard processes of filtration; the result instead is the elimination of essential nutrients and the preservation of toxins within the body.

The area in the kidney where filtration occurs is called the glomerulus. In diabetic nephropathy, inflammatory substances are stimulated, and this causes the abnormal proliferation of sites at the glomerulus, altering its composition. This, in turn, causes hypertension of the vessels supplying the glomerulus for filtration to occur, leading to an abnormal urinary filtrate. The result of this process is the abnormal presence of albumin proteins in urine, causing a decrease in the osmolality of the body which in turn can lead to a water imbalance. Furthermore, the toxins that accumulate in the body can lead to severe acidosis, and is seen in individuals as symptoms of rapid breathing, sweating, and ends with blood in the urine indicating end-stage kidney disease.

The diagnosis of this condition is performed after the consideration of the patient’s symptoms and signs, alongside other important investigations. The common symptoms to be aware of are albuminuria, hematuria, or decreased urinary filtrate. It is also important to note that most patients (60% to 65% of cases) who have a diagnosis of nephropathy, also have problems with vision due to the development of diabetic retinopathy.

The treatment of this condition involves four important aspects: controlling the glucose that began the downward spiral, cardiovascular control, control of blood pressure, and controlling the renin-angiotensin system that governs the fluid and electrolyte balance within the body.

Glycemic control is essential as the reduction in the amount of glucose and glycosylated haemoglobin within the blood will lead to a decrease in inflammatory metabolites and exacerbate the proliferation of the epithelial lining of the glomerulus. This was determined by the Diabetes Control and Complications Trial (DCCT). Such control can be brought about by management strategies that focus on lifestyle, diet, and medications. Some medications to help with this are insulin and metformin.

Cardiovascular control is critical, as the proper function of the heart helps in the circulation of nutrients and the pressure required for the kidneys to perform the process of filtration. A complication to the heart would only make the problem of diabetic nephropathy twice as severe as the kidney would not be able to filter the little that they can with regular cardiovascular conditions.

The steps for cardiovascular control begin with the cessation of smoking, as smoking makes the heart incapable of getting oxygenated blood to circulate within the body for the requirement of energy. This causes the heart to pump harder and faster than average. The abnormal rate at which the heart pumps can, in turn, result in arrhythmias of the heart. The second aspect of reducing cardiovascular conditions is to watch the lipids in the blood of the patients, as an increase in fats, especially low-density lipids, increases the formation of plaques that block essential vessels required for proper function.

Proper control of blood pressure within the arteries is another aspect that is important to reduce the vascular problems of diabetes. The constriction of the arteries leading to high blood pressures can result in inadequate filtering and more glucose per square unit of blood. The researchers note that observational studies demonstrate that hypertension has a high probability of inducing the development of increased protein in the urine and declining kidney function.

Other studies such as the IDNT (Irbesartan Diabetic Nephropathy Trial) and the RENAAL (Reduction in End-Points in Non-Insulin Dependent Diabetes Mellitus with the Angiotensin II Antagonist Losartan) trial have shown that a class of drugs known as the Angiotensin Receptor Blocking drugs are effecting in controlling blood pressure, and reducing the effects on blood pressure on the kidneys. The impact on controlled and well-managed blood pressure on patients was further confirmed by the ABCD (Appropriate Blood Pressure in Diabetes) trial.

The researchers conclude that the inhibition of the renin-angiotensin system generated within the body for fluid and electrolyte balance has shown to be extremely useful for reducing the progression of diabetic nephropathy. Other drugs shown to help are third-generation mineralocorticoid receptor antagonist finerenone.

A Dangerous Fungal Infection Is Spreading Across the US. How Concerned Should We Be?
Fossil discovery reveals unexpected Neanderthal menu item
Marburg Vaccine Shows Promising Results in First-in-Human Study
Two Biliary Tract Cancer Trials Took Center Stage at ASCO GI
Combined glucocorticoid steroids and statin therapy may be safer for the treatment of preterm birth