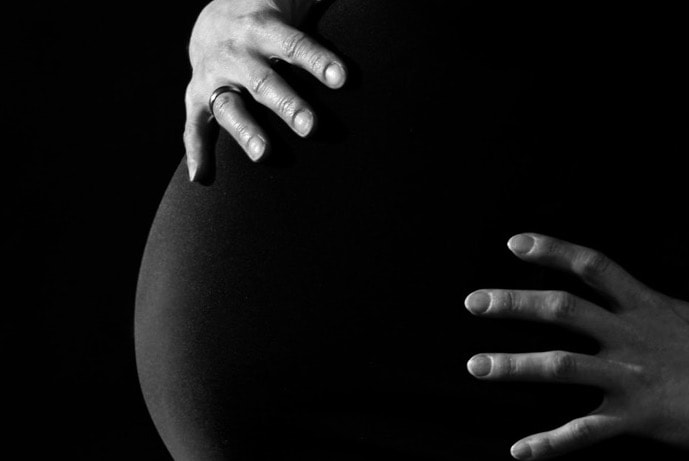 British and Canadian researchers recently investigated the possible associations between fetal exposure to maternal anxiety during pregnancy and outcomes of attentional deficits.

The concept of fetal programming indicates that the woman’s environment before and during pregnancy can affect the “programming” of the growing fetus. Therefore, a prenatal environment which is less than optimal could cause negative effects on the child.

A Dutch study found evidence of the possible effects of maternal nutritional deficiencies on neural programming. A sample of children whose mothers had survived the “winter of hunger” in 1944 exhibited a higher prevalence of antisocial and schizoid personality disorders. This could potentially be explained by maternal stress hormones interfering with neurodevelopmental processes in key areas of the fetus’ brain. According to current research, attention deficit and hyperactivity disorder (ADHD) is a disorder of reduced connectivity of the “default network”. This network is a set of regions in the brain which are tasked with maintaining the brain’s conscious activity when the individual is not engaged in a specific task.

The prefrontal cortex in the brain controls the direction of attention; it is also an area that contains an abundance of glucocorticoid receptors. Glucocorticoids, a class of steroid hormones in the body, have frequently been suggested as metabolic targets for the transmission of stress from the mother to the child during pregnancy. Some studies suggest that large numbers of glucocorticoid receptors in some areas of the brain could lead to more severe ADHD symptoms in the child.

While studies have shown a link between maternal depression during pregnancy and child-rearing and increased risk of ADHD in children, few studies have examined the effects of anxiety during pregnancy. The existing studies have primarily used symptom scales to evaluate attention-deficit and research assessing attentional skills by using validated cognitive task measures is scarce.

Canadian and British researchers explored the association between fetal exposure to somatic symptoms of anxiety during pregnancy and attentional skills in these children when they were school-aged. Their results were recently published in the Journal of Affective Disorders.

The Avon Longitudinal Study of Parents and Children (ALSPAC) study, based in the former county of Avon (England, UK) recruited 14,541 mothers with delivery dates between April 1991 and December 1992, with follow-up was to occur over 26 years after birth. At one year of age, 13, 988 children from the original sample were alive; researchers used the data available from mothers and children in this cohort for the present study.

Maternal symptoms of anxiety were selected for measures because they are relatively common and are easy to measure using anxiety scales. Information on the mental health status of participants in the ALSPAC cohort was collected at around 18 and 21 weeks of pregnancy through their responses to a questionnaire adapted from the Crown Crisp Experiential Index (CCEI).

For the present study, a group of experts selected five items from the CCEI that would be most representative of somatic anxiety symptoms in mothers. They grouped these items together and evaluated them as “somatic anxiety factor”.

Results from the questionnaires were then separated into two groups: women with the top 20% scores during pregnancy (categorized as the problem category), which were then used for the main analysis, and the remaining results with lower scores, which were analyzed with the “somatic anxiety factor” considered as a continuous measure.

As part of the “Focus at 8” Clinic in the ALSPAC study, children’s attention skills were assessed using a cognitive task, the Test of Everyday Attention in Children (TEA-Ch) at around eight and a half years of age. The TEA-Ch was adapted from the adult version to examine attention processes in children between the ages of 6 and 12. The test aims to assess different subtypes of attention under conditions that resemble real-life tasks.

For the current study, researchers used data from three subtests used during the “Focus at 8” Clinic: Sky Search, Sky Search Dual Task and Opposite Worlds, each of which examined selective attention, sustained attention and attentional control, respectively. TEA-Ch sub-scores were adjusted for motor speed and were used as continuous variables in the analysis.

No association between anxiety during pregnancy and attention deficits in children

Previous studies used continuous performance tests to assess inhibitory response, as well as encoding tasks which focus on information processing and attentional control. The authors speculate that it is possible that maternal anxiety has impacts specifically on inhibitory control and not on the attentional domains which are measured by the TEA-Ch test. However, attention is only one domain on ADHD; as such, the relationship between TEA-Ch scores and ADHD is not straightforward.

Some of the study’s limitations include:

3) Many ALSPAC participants were lost to follow-up, with the most losses of data occurring from the end of pregnancy up to three and a half years, with losses in early adolescence (11-12 years) as well. It is possible that mothers with higher anxiety levels withdrew from the study more often than mothers who had no anxiety issues

4) The effects of anxiety medications taken during pregnancy were not controlled for, as specific information regarding drug prescriptions was lacking.

Further studies are necessary to fully understand the impact of anxiety during pregnancy on the child’s attention abilities. These studies could focus on children who have been exposed to additional forms of adversity and maternal stress.