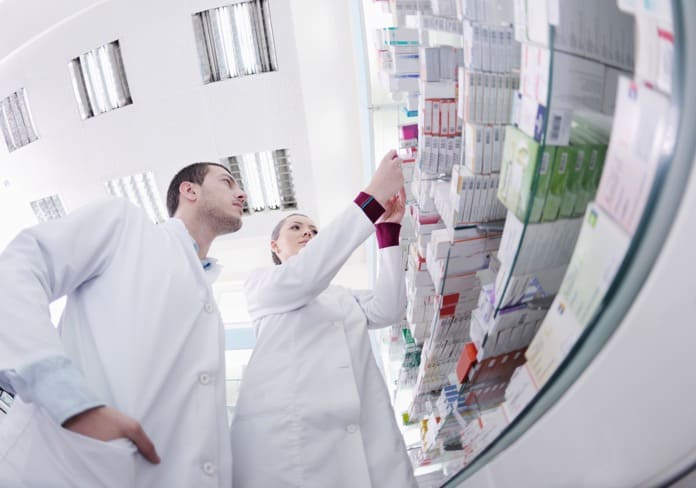 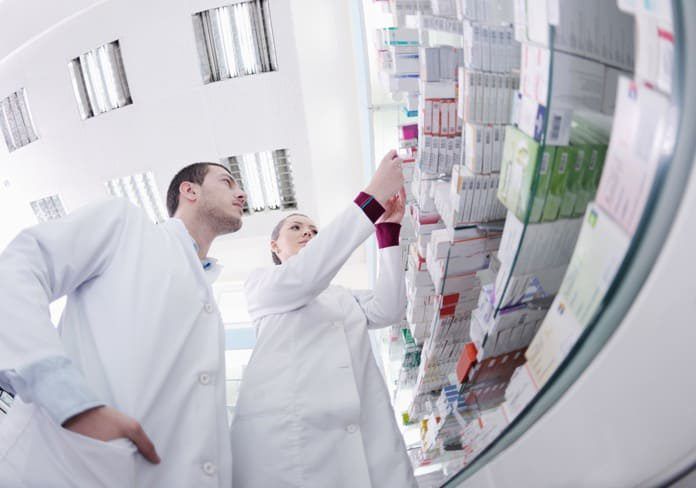 A review of the current treatment options for spinal muscular atrophy is presented by a UK team of researchers in a recent edition of the journal Drugs. They detail the targets, mechanisms of action, benefits and drawbacks of current and future therapies for this debilitating disease.

Spinal muscular atrophy is a disease that features the degeneration of motor neurons in the spinal cord, and the progression of paralysis and sometimes death for those affected. The seriousness of the symptoms and disease outcome depend on what form of spinal muscular atrophy is present—whether it is mild, severe or some form in between. For example, Type 0 (the most severe) and Type I (the most common) spinal muscular atrophy display symptoms before six months of age, and in general these children do not live past two years of age. Type II and III spinal muscular atrophy contains a mixture of cases, while Type IV is the least severe form, with symptoms presenting only in adulthood and many patients are able to live to their full life expectancy with a minor motor disability.

Spinal muscular atrophy is a genetic disorder that is caused by the deletion of a gene called SMN1, which encodes for a protein called SMN, or “survival of motor neuron” protein. As its name suggests, this protein plays a crucial role in maintaining the health and function of motor neurons. Without SMN, motor neurons in the spinal cord cannot survive.

Interestingly, nearly all people have a second, very similar gene called SMN2, which codes for the same protein. However, because of the way that SMN2 is normally transcribed and translated into a protein, not enough of it is produced to fully rescue the deficit left by a deleted SMN1. However, it is thought that some of the clinical variability seen in this disease (vast differences in symptoms and life expectancy) could be partially due to differences in the expression levels of the SMN2 gene. The long-known genetic basis of this disease has recently led to some interesting breakthroughs with regards to treatment, despite the numerous challenges that exist.

In a recent review published in the journal Drugs, scientists from the University of Edinburgh in the UK present the current state of research into Spinal muscular atrophy therapies. They group these efforts into two categories: SMN-targeted therapies (those that affect the production of survival motor neuron protein) and SMN-independent therapies.

The most notable recent development in spinal muscular atrophy therapy is a biologic called nusinersen, marketed under the name Spinraza. It is essentially a short sequence of mRNA, the molecule that is crucially involved in turning DNA into a protein. It works by binding to a sequence of the mRNA from the SMN2 gene and causing an increase in protein expression of SMN. Several clinical trials have taken place or are ongoing, and Spinraza has showed much promise.

This method represents a more direct route to dealing with spinal muscular atrophy, and indeed any genetic disorder. It is based on the systemic delivery of the actual DNA of the SMN1 gene, which in this case is missing. The idea is to be able to go to the root cause of the problem and replace genetic material so that the patient will then begin to express the protein normally.

Gene therapy is a relatively new and unpredictable field, and while it shows great potential, introducing new DNA into a person’s body still holds many uncertainties that call into question patient safety and durability of the treatment.

More conventional pharmaceutical agents have also been used to try to affect levels of survival motor neuron protein. One of them targets the mRNA from SMN2 to promote expression of full-length and functional SMN. One of the first efforts in this area tried to upregulate the production of SMN2 mRNA by inhibiting the activity of enzymes counter to the process. The medical community has agreed that this approach won’t provide enough clinical benefit to patients, but these experiments and trials provided many lessons for current and future work.

A number of therapies that do not specifically target SMN have already undergone clinical trials and are currently under development. These are mostly based on stimulating neuroprotective factors that can fight against the degeneration of neurons, or enhancing muscle strength. While these treatments are somewhat simpler and have been easier to advance through clinical trials, their full effectiveness will probably be realized in combination with an SMN-targeted therapy. Either type of therapy on its own is unlikely to stop or reverse disease progression across the variety of clinical cases, but combination approaches, in which both the cause of the disease and the secondary modifiers of it are addressed, hold the greatest potential.

Several significant challenges exist in treating spinal muscular atrophy, not the least of which is the disparity of clinical features among cases, meaning not all patients may respond equally to a particular treatment. In addition, research has shown that timing is a crucial factor in the effectiveness of SMN-targeted therapies, and delays in diagnosis may preclude the use of a certain treatment approach after the window of opportunity has passed.

Nevertheless, the progress that has been made in treating this once-believed incurable disease is impressive and bodes well for future breakthroughs in spinal muscular atrophy treatment.