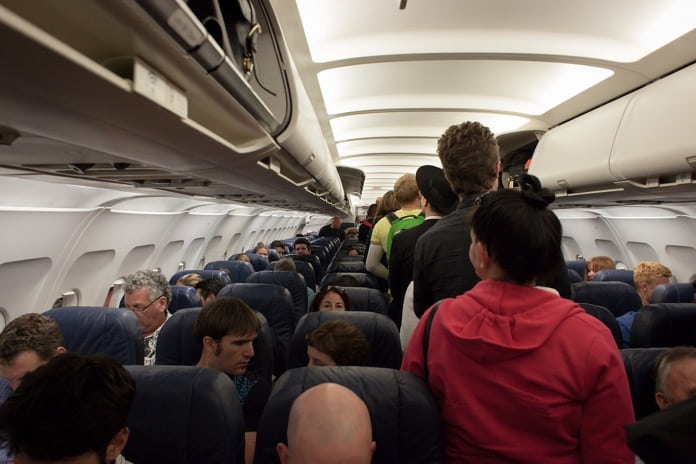 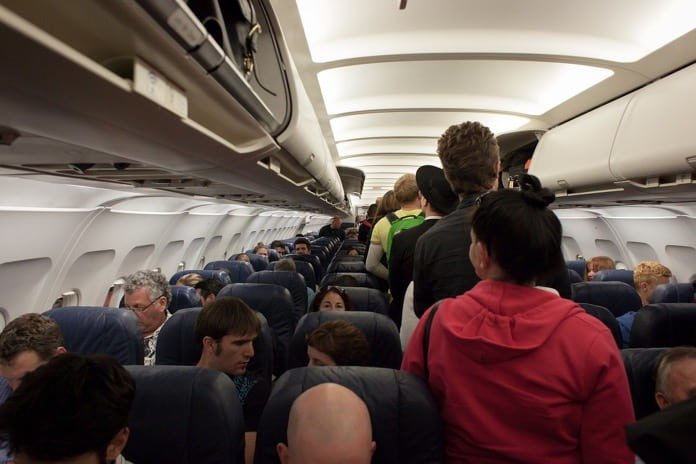 Are viruses the real horror at 35,000 feet? Ten mathematicians model how respiratory diseases can spread during airline flights in a cabin thousands of feet in the air.

As if flying wasn’t tough enough already, the dry cabin air, tiny economy seats, and bland airplane food can make it hard to be excited about being stuck on an aircraft for hours at a time. But with the documentation of SARS and H1N1 transmission on commercial flights in recent years, researchers are now worried that infectious disease transmission on airlines might be the next global health concern.

Over 3 billion passengers fly across the globe annually, and anyone could be carrying the next emerging infection or global pandemic. To understand how diseases can spread in an airplane cabin thousands of feet in the air, a team of ten mathematicians boarded ten transcontinental US flights to monitor how human behavior can shape transmission risk. Their study was published in the Proceedings of the National Academy of Sciences.

Having monitored over 1,500 passengers, the research team found human interactions to be far from random, meaning that not everyone experienced the same risk of infection. As expected, crew members interacted with fellow passengers the most, followed by passengers who sat on the aisle. Eighty percent of the passengers occupying an aisle seat moved at least once during the flight, compared to 43 percent for passengers sitting by the window. This means that those sitting on the aisle were much more likely to interact with an infectious passenger.

Combined with what they learned from observing passenger and crew behavior, the mathematicians predicted that those sitting immediately next to, or one row away from an infectious individual were at the highest risk of transmission, with between 0.8 and 1 percent chance of infection. Sitting any further drops infection risk to below 0.02 percent.

For those looking to avoid contracting an illness while flying, the study found that passengers sitting by the window, and away from the center of the cabin fared the best. Minimizing interaction with the flight crew and avoiding trips to the lavatory would also reduce risks of exposure.

Nonetheless, infections risks will vary from flight to flight. Depending on passenger composition, flight time, single-aisle vs. double-aisle cabins, and cabin-disinfection protocols, risk levels inevitably change. To keep yourself and others from contracting a disease during a flight, it’s best to employ frequent hand washing habits and avoid flying altogether when ill.