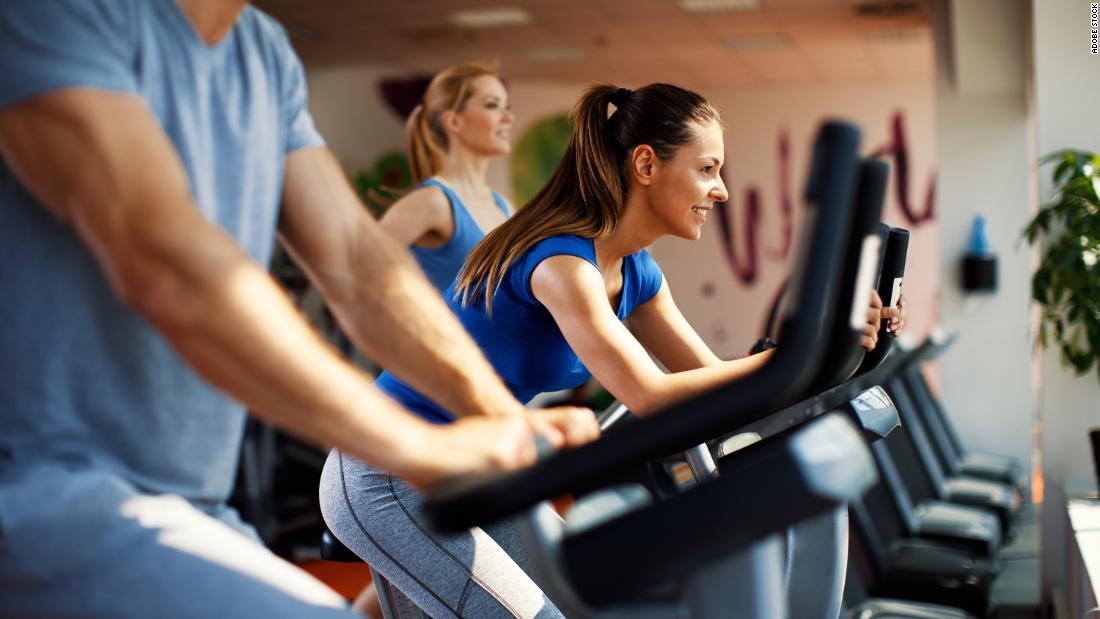 Health, Fitness & Food
Share on Facebook
Share on Twitter
Share on Pinterest
Share on LinkedIn
Subscribe to CNN’s Fitness, But Better newsletter. Sign up for our newsletter series to ease into a healthy routine, backed by experts.
Adults should get 150 to 300 minutes of moderate physical activity or 75 to 150 minutes of vigorous physical activity a week, according to the World Health Organization. But people who surpass those levels live longer than those who don’t.
Researchers analyzed more than 116,000 adults in a study published Monday in the American Heart Association journal Circulation. Participants self-reported their leisure time activity in questionnaires several times over the course of 30 years, and researchers estimated the association between the time and intensity of exercise with rates of death.
The highest reduction in early death was in people who reported 150 to 300 minutes a week of vigorous physical activity or 300 to 600 minutes of moderate physical activity — or an equivalent mix of the two, said study author Dong Hoon Lee, a research associate in the department of nutrition at Harvard T.H. Chan School of Public Health.
“It is also important to note that we found no harmful association among individuals who reported (more than four times) the recommended minimum levels of long-term leisure-time moderate and vigorous physical activity,” he added in an email.
Examples of moderate activity include a very brisk walk, mowing the lawn or playing tennis doubles, while vigorous activity includes things like hiking, jogging or playing soccer, according to the Harvard T.H. Chan School of Public Health.
The study results support WHO’s current physical activity guidelines, but also pushes for higher levels to see even more benefit in living a longer life, Lee said.

How to add more movement

You may be thinking, “10 hours a week of moderate activity sounds like a lot. There is no way I can work that in with all my other responsibilities.”
And yes, it may take some intentionality and effort. But studies have also shown the best ways to work in exercise into routines so that they stick.
A megastudy published in December 2021 showed that the best exercise programs include planning when you work out, getting reminders, offering incentives and discouraging missing more than one planned workout in a row.
“If people are hoping to boost their physical activity or change their health behaviors, there are very low-cost behavioral insights that can be built into programs to help them achieve greater success,” said the December study’s lead author Katy Milkman, the James G. Dinan Professor at the Wharton School of the University of Pennsylvania and author of “How to Change: The Science of Getting from Where You Are to Where You Want to Be.”
And you don’t have to add it all in at once. Just 11 minutes of exercise a day made a difference on life span, according to a 2021 study.
You can make it a brisk walk outside or on the treadmill, do four sets of a three-minute body-weight exercise sequence, practice a yoga flow or pick three upbeat songs to dance to, said CNN fitness contributor Dana Santas, a certified strength and conditioning specialist and mind-body coach in professional sports.
This article was originally published by Cnn.com. Read the original article here.
Share on Facebook
Share on Twitter
Share on Pinterest
Share on LinkedIn