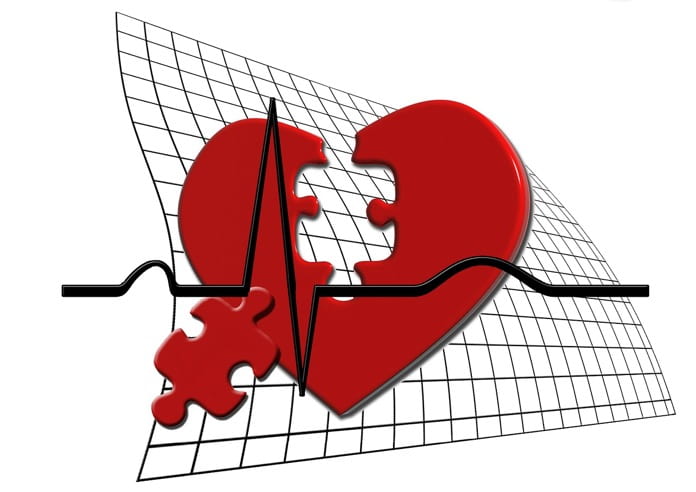 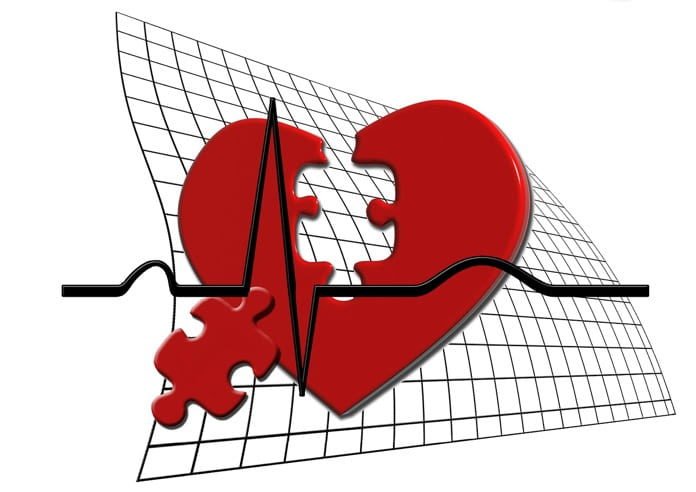 Researchers investigate whether a type of heart failure known as “broken heart syndrome” is associated with specific genes.

Stressful events, such as the death of a loved one, can lead to a type of heart failure called “broken heart syndrome.” Also known as Takotsubo cardiomyopathy, symptoms of the syndrome are similar to those of a heart attack and include shortness of breath, fainting, and chest pain. These symptoms are caused by a temporary disruption of the heart’s normal pumping rhythm in one part of the heart.

Although broken heart syndrome can mimic a heart attack, the symptoms are not due to heart disease. Women are more commonly affected by the condition than men and cases usually occur after a stressful incident.

Previous studies reported recurrent and multiple cases of broken heart syndrome in the same family, which suggest that genetics or heredity might play a role. Some studies suggested that specific changes in certain genes were linked to broken heart syndrome. However, these results are inconclusive.

To determine if genetics play a role in developing broken heart syndrome, a group of Swedish researchers conducted a clinical study of 665 participants. They recruited these participants from a Swedish heart study registry. They published their results in BMC Medical Genetics.

Overall, 258 participants had broken heart syndrome, 164 had heart disease, and 243 had no heart problems. Participants completed a health profile and medical history and gave a saliva sample for genetic analysis.