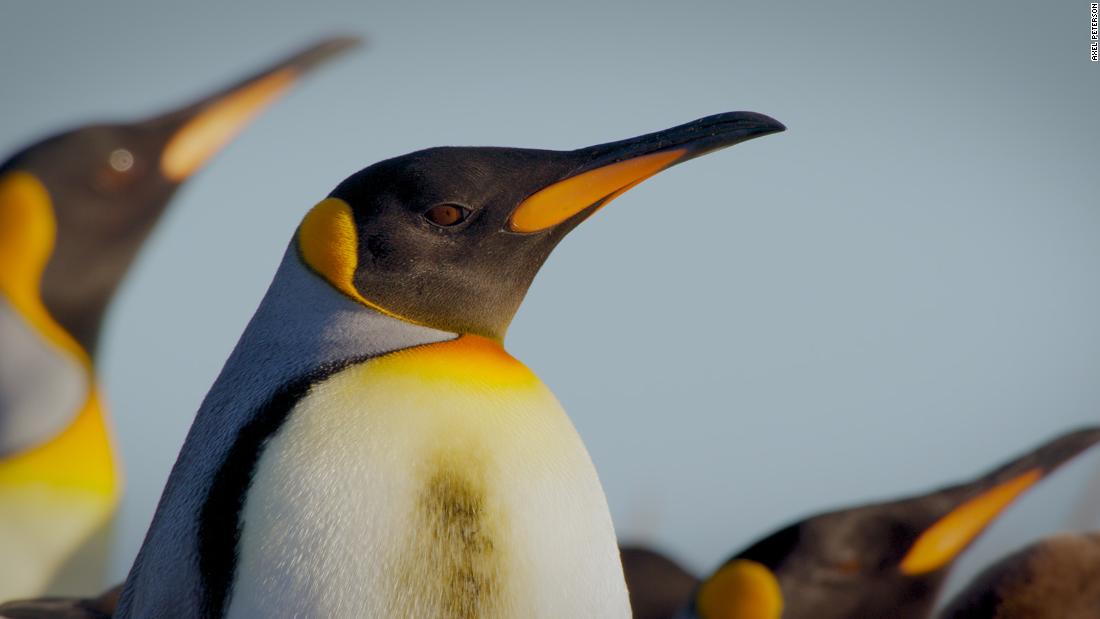 Health, Fitness & Food
Share on Facebook
Share on Twitter
Share on Pinterest
Share on LinkedIn
The new docuseries “Patagonia: Life on the Edge of the World” explores one of the wildest places on Earth. Catch the latest episode at 9 p.m. ET/PT Sunday on CNN.
Marine biologist Andrea Raya Rey decided on her career at age 10. As an animal lover who wanted to study the unique behaviors of creatures, she would find herself staring out at the sea for hours on end, watching dolphins frolic in the waves through her binoculars.
As an undergraduate student, she began studying dolphins in the wild and in the far south region of Argentina, she also found seabirds.
“When I met the penguins in person, I loved them,” said Rey, a researcher at the National Scientific and Technical Research Council in Tierra del Fuego. “And I can’t stop loving them.”
Like dolphins, penguins are excellent divers and speedy swimmers. By studying the marine birds, Rey realized she could gain a better understanding of the ocean.
Along Patagonia’s edge at the southern tip of South America, different populations of penguins act as beacons for how ecosystems are responding to the climate crisis.
Penguins come on land to breed and nest, but they also spend a lot of time in the ocean, foraging for food.
Rey has studied their swimming behaviors, like where penguins go to forage and what they feed on, as well as the demographics of penguin populations. Together, this data creates parameters to help biologists understand how penguins are reacting to the changing environment around them.
“It’s the perfect animal to get to know the ocean better,” Rey said. “It’s like an early alert for how the ocean is suffering. All the marine environment threats are threats for penguins, too, like climate change, pollution, shipping, oil exploration and exploitation.”

Patagonia is home to multiple types of penguins that live across the region’s diverse environments, including gentoo penguins, Magellanic penguins and king penguins.
Rey studies the 50 pairs of gentoo penguins that live on south Argentina’s Hammer Island, a harsh and remote place where the only residents are marine birds. She checks on the health of the birds and collects blood samples to make sure the population — considered stable for the time being — remains healthy.
Attaching a small camera to the back of each adult penguin allows Rey to learn more about how they feed when they depart on hours-long foraging trips. The penguins swim for miles and can dive down 200 feet (61 meters) or more during a single food-finding expedition.
Magellanic penguins populate Hammer Island as well as the beaches along Patagonia’s desert coast at El Pedral.
Pollution has been a threat to Magellanic penguins on the desert coast, but conservationists have worked hard to clean up the trash and create a protected area. These efforts allowed the colony to grow from six pairs of penguins to more than 3,000 pairs.
The king penguin is also making an unexpected comeback in Patagonia. Hundreds of thousands of king penguins had once lived in Tierra del Fuego, but European settlers hunted them, wiping out the colony.
Then, in 2010, king penguins returned to the area. The colony grows and prospers under the watchful eye of local conservationists like Cecilia Durán, founder of the King Penguin Nature Reserve, who has built an enclosure around their breeding grounds and keeps visitors at a safe distance from the penguins.

While some penguin colonies are growing, the largest ones are decreasing in Patagonia, Rey said. Closely monitoring different penguin groups can reveal if certain types of population interferes with other penguins that are pushed out of their typical environment, like the vulnerable southern rockhopper penguin.
Nest cameras allow researchers to track stressors for penguin colonies, like microplastic pollution or heat waves capable of killing penguin chicks.
If penguins disappear from Patagonia, it could cause a huge environmental shift because penguins are top predators in marine food webs and ecosystems, Rey said. Penguins help regulate these food webs, both on land and in the ocean, and their key role can’t be filled by another animal.
Rey studies the colonies by going to the remote environments where the penguins live in the far south. She wants the wild parts of Earth to remain wild. She hopes that humans can live in harmony with animals, rather than causing the stressors that can decrease their populations.
And there’s a kind of peace that comes from studying the penguins who live in isolated places that cars, smartphones and computers can’t reach.
“I really enjoy being in the middle of nowhere just with the penguins in these almost untouched places,” Rey said.
This article was originally published by Cnn.com. Read the original article here.
Share on Facebook
Share on Twitter
Share on Pinterest
Share on LinkedIn

Tribe embraces recreational marijuana sales on reservation where alcohol is banned
How to say no: Boundary-setting tips from a therapist
US President Joe Biden Declares Monkeypox A Public Health Emergency
NIH researchers develop three-dimensional structure of twinkle protein
Does the Inflation Reduction Act violate Biden’s $400,000 tax pledge? Expect ‘a different answer depending on who you ask,’ says analyst