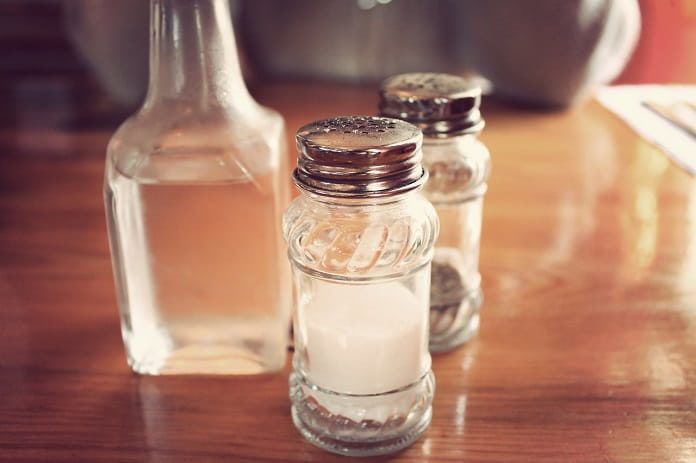 In a recent study, researchers tested the efficacy of a web-based strategy to lower children’s salt intake.

Today in the United States, Australia, United Kingdom and Canada, school children consume an excessive number of their daily calories through highly processed foods. This results in exceeding the recommended daily intake of salt. High salt consumption is associated with atherosclerosis, which is the narrowing of blood vessels as plaque builds on their walls. Atherosclerosis is the major cause of many cardiovascular diseases and is a large problem for the future of healthcare systems in these countries.

In a recent study published in the Journal of Nutrition Education and Behavior, seven researchers used a web-based strategy they call “DELISH”, standing for the Digital Education to Limit Salt In the Home. This computerized program was developed as a learning tool for students and parents to decrease salt intake among young Australians.

After receiving approval to use this tool in the primary schools of Australia, researchers received written consent from children’s parents to bring their program to the Greater Geelong Region of Victoria, Australia. The premise of this study was to determine the efficacy of DELISH in decreasing salt intake.  Researchers would devise multiple ways of accessing if the program improved students’ knowledge, attitudes and behaviour towards their salt consumption.

This study was conducted over a five-week period in five government schools and included a total of 83 children. Before the educational intervention program commenced, they measured the students’ height and weight. Children aged seven to ten years of age, in grades two to four participated in the study. These students were given bottles designed for urine collection and they were educated on how to use said tools to collect their urine over the span of the day. It was important for researchers to have an objective measure to determine if their health education program actually decreased the average sodium levels in their participants’ urine output.

Children had the potential to encourage parents on food choices

As part of the study, children played an online detective game that was designed to be both a fun activity and one that promoted them to practice good health habits by reducing their salt intake. These students were also given a hard-copy detective logbook to bring home, and discuss with their parents what they learned. By keeping parents involved, children now had the potential to encourage their parents to put more thoughtfulness into what food they were providing the family with.

Despite this beneficial impact that DELISH had on family eating behaviours, researchers were interested in how the program impacted children—their parents were not the subjects of this experiment. Due to the fact that the children were the primary subjects of the study, researchers also took to educating them about assessing the contents of their food. Students learned about how to read nutrition labels in the games they played on DELISH.

Students completed a 29 item online survey after completing these activities in the learning program. Of these questions, 20 were knowledge-based, 2 were attitude-based, 4 were behaviour-based and 3 questions were regarding self-efficacy.

Some questions regarding the behaviour of students were related to what researchers called “discretionary salt use” or the adding of salt to food that is already prepared. These questions included: “Do you add salt to your meal at the table?” and “Is a salt shaker placed on your table at home during mealtimes?”

Self-efficacy related questions tried to determine if children believed they could and should alter their own behaviours to decrease their salt consumption; some of these questions asked children if they would try reading food labels in the future, choosing foods with less salt and refraining from adding salt to their meals at the table.

Having knowledge does not necessarily change attitudes

Results of this study were not as intuitive as one may assume. Out of the 20 knowledge items assessed, there was a large improvement in 8 items. These items specifically showed that students could remember facts including how much salt they should consume daily, and they remembered how to complete a procedure such as reading a nutrition label.

Unfortunately, by increasing one’s knowledge, one’s attitude does not necessarily change. Researchers found that in the two questions regarding students’ attitudes, there was no significant difference in how they perceived salt use before and after using the program DELISH. There was no difference in the proportion of children who believed that salt made food tasty. This shows that while the program increased students’ knowledge about the effects of a high-salt diet, it did not change their opinions that adding salt to food generally makes it taste better.

Success in the study was reflected in both an increase in knowledge among students as well as self-reported behaviour changes. Compared to the 70% of students who reported that they add salt to their food when it is on the table, 26% of students claimed they would add salt to their food if it was not already placed on the table. As a result of this study, students were consistently speaking to their parents about reducing the availability of salt in the household. By decreasing the availability of salt, students were preventing this habit of adding to meals.

No changes in sodium samples from participants

While researchers had survey answers from students in the Greater Geelong Region, it was now time to turn to biology to see if students really changed their behaviours as they self-reported. After this five-week intervention program, there was no significant change in the sodium levels in the urine of participants, meaning that the intervention program did not change the salt consumption of the students.

While it may be easy to write off this study as unsuccessful due to the lack of quantifiable evidence that students benefited, DELISH did have profound effects on the community of students who participated. One student commented, “I loved to do it [the program] and it was interesting” while another student claimed that “it was interesting and fun. I will tell my friends all about this.”

Despite the lack of immediate results, researchers must remember that the participants of this study were only 7-10 years of age, and still have a lot of learning to do before they can apply some of the knowledge gained in this learning program. With 70% of students recalling something they learned from the program, researchers have provided students with a new topic to educate their friends about. Thanks to DELISH, the people in the Greater Geelong Region of Australia now will have more discussions about the importance of reducing salt intake to improve their health.