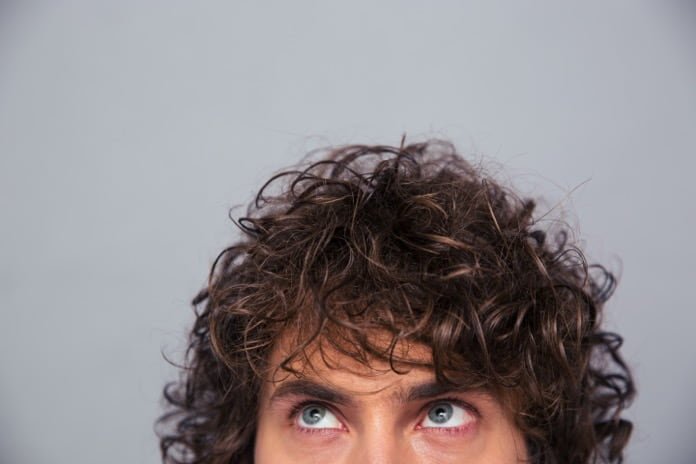 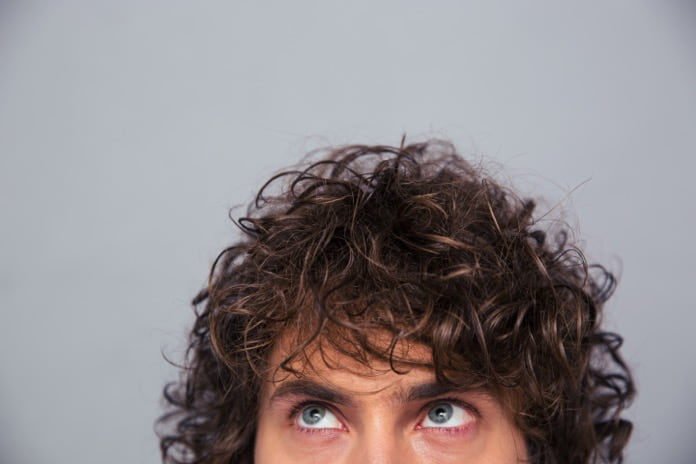 Why do some of us have curly hair, and some straight? A recent study in the Journal of Experimental Biology tested two popular theories that explain curly hair using wool from Merino sheep.

Following years of research, two very different theories emerged to explain why sheep have curly wool. One theory proposed that cell division on one side of the hair strand occurred faster than on the other side, causing a heavy cluster of cells to form on one side. The hair would, therefore, tend to curve towards the less crowded side. The second theory surmised that curls are formed by two different types of cells. Based on this theory, hair tends to curl towards the shorter paracortical cells lining one side of the hair strand. Keratin fibres in the paracortical cells lie parallel to the hair fibre axis, giving these cells their uniform shape. The other side of the hair strand is lined by longer orthocortical cells, which are more chaotic because the keratin fibres twist away from the hair fibre axis. Although these two theories have been circulating for decades, neither satisfactorily explain the science behind curly hair.

A team in New Zealand tested these two theories using wool from six adult merino sheep, as described recently in the Journal of Experimental Biology. Merino sheep are well known for their high-curl, narrow-diameter wool, which is similar to the underhair, or the hair found closest to the body, of many mammals. The team housed the sheep in a uniform environment for six months before taking full-length wool samples from their sides. Following a delicate cleaning and rinsing procedure, the team separated the individual fibres, trimmed them, and air-dried them on a vibrating surface. This careful and intricate procedure was the only way the team could process the samples without introducing artificial curls into the fibres.

The team went on to cut each sample into 717 uniform snippets. Because forceps might damage these small fibres, the team had to rely on electrostatic forces to transfer snippets onto a microscope slide. Only snippets with uniform curves and no torsion were transferred. Using confocal microscopy, the team was then able to measure the numbers and lengths of paracortical and orthocortical cells and determine the degree of curvature in each fibre.

The team ended up analyzing only five samples from each sheep and quickly found that the number of cells on each side of the curve did not differ as proposed in the first theory. Their results were more in line with the second theory: the orthocortical cells on the outside of the curve are always longer than the paracortical cells that line the inside of the curve. However, the team soon found that this theory was rather simplistic. They demonstrated that the absolute length of the two cell types varied between, and possibly within, fibres. In fact, the length of both cell types increased as the diameter of the fibre increased, regardless of whether the fibre curled or not. More importantly, the team revealed that the difference in the relative length of the two cell types defined the degree of curvature. That is, areas with a larger difference between the lengths of the two cell types will have tighter curls.

How can this information be applied to humans?

Unfortunately, although the structural components of hair are the same in all mammals, the team could not confidently say whether these results also apply to other mammals. For instance, human hair has a much wider diameter and the cell types are not differentiated as well as those in merino wool. Despite these differences, these findings may be of particular interest to the hair-care industry and may spark further research into the science behind curly hair in humans.

Many Physicians Changed Jobs During COVID; Healthiest Communities in the U.S.
How to Snack Smart at Bedtime
Study finds four out of ten children in the US live in homes with atleast one criminal charge
Five Questions With…Amber.
A Closer Look at the Monkeypox Outbreak’s Less Than Typical Symptoms