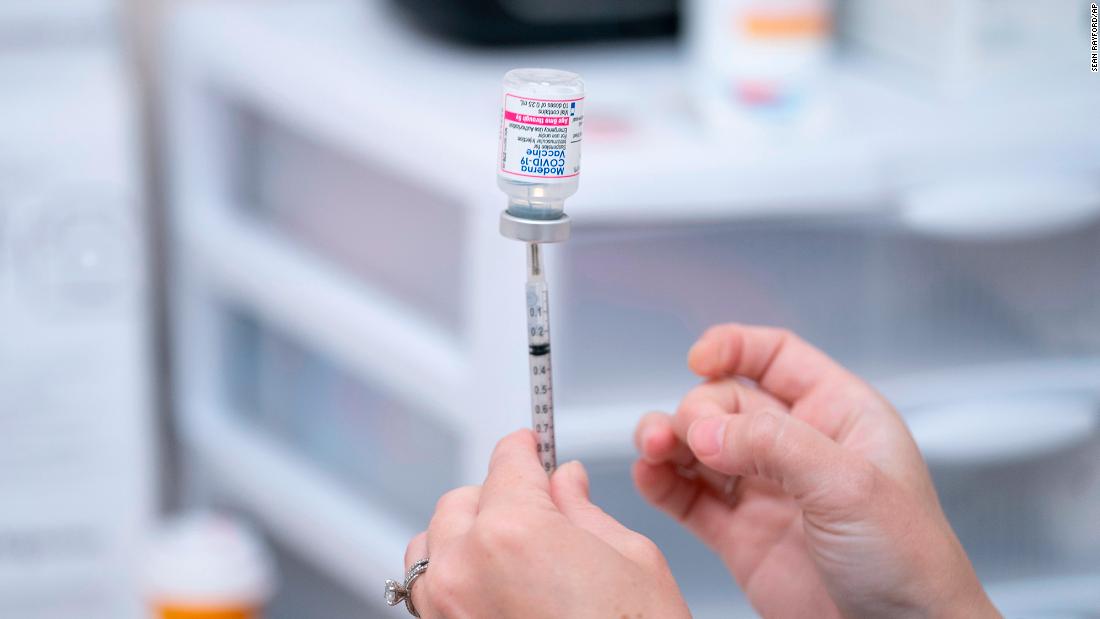 Health, Fitness & Food
Share on Facebook
Share on Twitter
Share on Pinterest
Share on LinkedIn
The safety data from Moderna and Pfizer, vetted by the FDA and CDC, found potential side effects were mostly mild and short-lived.
For parents and caregivers planning to get their little ones vaccinated, pediatricians say there are a few things to watch out for — generally the same effects adults or older children might have experienced after their shots.

Most vaccine side effects are mild, short-lived

“In general, I think the most common side effects from either of the vaccines are still the most common side effects we see from pretty much any child that gets any vaccine,” said Dr. Grant Paulsen, the principal site investigator for the Pfizer and the Moderna Covid-19 vaccine clinical trials for kids 6 months to 11 years old at Cincinnati Children’s.
Side effects most commonly included pain at the injection site, and sometimes there was swelling or redness.
“Those are all what I would classify as pretty common side effects that most parents that have taken their children to the doctor to get their various hepatitis and tetanus vaccines and all that kind of stuff were probably pretty used to,” Paulsen said.
As far as systemic or body-wide symptoms, the most common was fatigue or sleepiness. Some children had irritability or fussiness, loss of appetite, headache, abdominal pain or discomfort, enlarged lymph nodes, mild diarrhea or vomiting. But everyone got better quickly.
“It’s very similar to the side effects we’ve seen for older kids or for adults. About 24 hours of some kids, you know, they kind of don’t feel as well, they feel tired, they don’t have the same appetite. But thankfully, there have not been any serious side effects of these vaccines,” Dr. Ashish Jha, White House Covid-19 response coordinator said on CBS on Monday. “And again, after giving these vaccines to millions of children, it’s really reassuring to know that for young kids these vaccines are exceedingly safe.”
Side effects were mild to moderate and were far less frequent with this young age group than with older ages, Paulsen said.
“My big picture for parents is really [that] the side effects should not be alarming,” Paulsen said.

Kids were slightly more prone to get a fever with the Moderna vaccine; it happened with about a quarter of the trial participants, versus less than 10% with Pfizer. Most of the fevers were mild. Less than 1% of all participants in the trial had a fever that reached 104 degrees.
“That was rare, but I feel like if we’re not honest with parents, when these things come out, that will be concerning,” Paulsen said.
Because fevers were not common, Paulsen does not recommend pre-treating a child by giving them a fever-reducing medicine before the shot.
If the child develops a fever, he said, parents can give ibuprofen or acetaminophen.
“The odds are, most children are just going to do fine and have really minimal problems,” he said.

No cases of myocarditis

The scientists who conducted trials on the youngest children were also watching closely to see if any of the children had problems with myocarditis, inflammation of the heart muscle, because there were a handful of cases among older children and adults. In most of those cases, the symptoms went away quickly.
But myocarditis was not found to be a problem in the trials in young children.
“Of course, we have all the mechanisms in place once we start vaccinating kids next week. If we start seeing it, all those bells and whistles will go off and bring our attention to it,” said Dr. Claudia Hoyen, director of pediatric infection control at UH Rainbow Babies and Children’s Hospital in Cleveland. “But we are not expecting to see that. We didn’t really see it in kids who were 5 to 11, either.”

‘An extra layer of protection’

Because children get severe Covid-19 less frequently than adults, some parents may wonder if they should bother to get their little ones vaccinated. Covid-19, however, has been “quite common” in children, Jha said. He said almost 70% of kids have been infected at some point, but they can always get it again — and even if it was mild the first time, that doesn’t mean it will be the next time.
“Still worth getting the vaccine, it really offers an extra level of protection, an extra layer of protection. What vaccines do is they keep kids out of the hospital, and that’s why they are so effective and everybody deserves that protection,” Jha said.
Dr. Suchitra Rao says it’s important to keep in mind that Covid-19 is now one of the vaccine-preventable diseases with the highest mortality rate.
“If we look at this age group, we will we see that Covid has killed more than 200 6-month to 5-year-olds since January of 2020. And if we want to compare that to something like flu, those numbers are actually higher than what we’ve been seeing annually for all kids under the age of 18 for influenza,” said Rao, an pediatric infectious disease specialist at Children’s Hospital Colorado.
“We’re getting routine vaccines against measles and against pneumococcal disease and meningitis. That this is something that’s actually causing more deaths,” she added. “Safety in this younger age group is actually quite, quite good and better than other groups, even.”
Rao said some parents have asked her if they should be concerned about long-term side effects. She reassures them that if there were any, they would have shown up in the clinical trials.
“The FDA and then the [CDC’s Advisory Committee on Immunization Practices], and all of these governing groups that make those recommendations really do an excellent job evaluating the safety and the effectiveness and go through all of the manufacturing data of these vaccines, and it’s such a rigorous and comprehensive review,” Rao said. “I think the fact that it took a little bit longer for the agency to authorize these shots in these younger kids is really telling, because they just had to make absolutely sure since this is such a vulnerable group.”

While Dr. Nina Alfieri, a pediatrician at Ann & Robert H. Lurie Children’s Hospital of Chicago, has seen a lot of interest in Covid-19 vaccines for the youngest children, she knows parents will want to know about vaccine safety.
This year, Lurie did a survey of 1,000 Chicago-area parents to find out where they stood on the Covid-19 vaccine. Side effects were among their top concerns.
“It makes sense. You want to make sure what you’re doing for your kids is safe,” Alfieri said.
Alfieri said she hopes caregivers will be sure to ask their pediatrician questions to ease any worries.
“I really love when families come to me and they tell me they are a little bit unsure, because it gives us an opportunity to really sit down face to face, in a safe environment, and talk about their concerns,” she said.
“There’s going to be a lot of conversation the next couple of months, and I think all of us pediatricians are ready for it, and we’re welcoming this kind of conversation, because overall, this is a really exciting time for us. Because finally, this vulnerable and very young age group who has kind of been left out of one of the best protective measures is now going to be eligible to be protected.”

Correction: A previous version of this story included an incorrect description of the size a parent survey about vaccines.

Why aren’t baby formula stock rates getting better?
PTSD May Accelerate Cognitive Decline Over Time
Diabetes Best Practice: Top 10 Dos and Don’ts
Healthy, cancer, and immunosuppressed patients all benefit from COVID boosters
What a Lifetime of Gaslighting by Other Doctors Feels Like