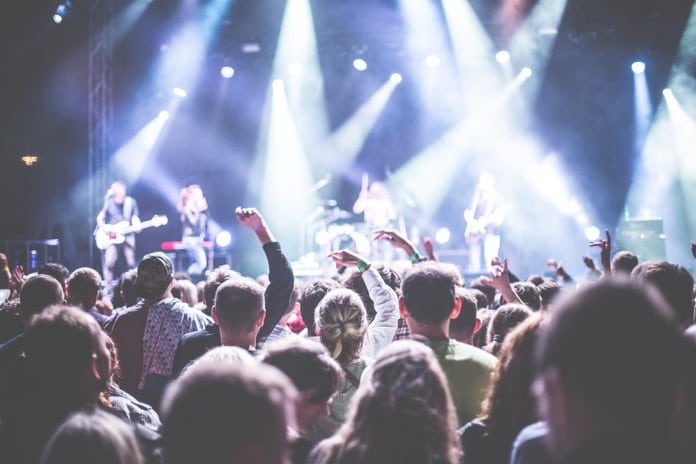 Researchers in the Netherlands investigated factors that contribute to temporary threshold shifts in hearing after attending music festivals.

Hearing loss has become increasingly prevalent in the younger population. This may be related to the increase in attending music festivals, concerts, and clubs as a leisure activity.

What is a temporary threshold shift?

A temporary threshold shift (TTS) is a temporary effect of noise-induced hearing loss. The person may experience difficulty in hearing for hours, days, or weeks, but hearing will eventually return to “normal” levels.

Previous studies show that age, gender, alcohol intake, drugs, and smoking are some of the factors involved in the development of noise-induced hearing loss. However, using earplugs may decrease TTS.

Music festivals are a source of continued, loud noise. Many adults that attend music festivals experience a temporary threshold shift. Researchers in the Netherlands wanted to explore the association between recreational noise-induced hearing loss and different contributing factors, as well as earplug use. Their findings were recently published in the scientific journal JAMA Otolaryngology-Head & Neck Surgery.

The researchers recruited 51 participants for the study. The participants were 27 years old on average. They all attended an outdoor music festival in Amsterdam that took place on September 5, 2015.

The researchers primarily looked at the occurrence of a temporary threshold shift. They found that other factors may play a role in individuals experiencing TTS. Not using earplugs, consuming alcohol and drugs, and being male, were all factors that had a higher association with TTS. These were independent associations, and are listed in the order of importance.

Participants that used earplugs reported an increase in perceived loudness and an increase in appreciation of the music and speech perception. This was true the longer they used the earplugs. Conversely, those that did not use earplugs experienced more severe subjective hearing and tinnitus. Interestingly, participants that used earplugs did not stand closer to the speakers compared to those that did not use earplugs. However, earplug users consumed more alcohol.

The study relied on self-reported data, which may have decreased data reliability. The researchers did not follow up on the participants’ hearing to distinguish temporary or permanent hearing loss. They also did not consider some factors such as smoking or race that was shown to be associated with noise-induced hearing loss in previous studies.

As loud recreational activities are increasingly enjoyed by the younger generation, more studies should be done on preventing noise-induced hearing loss. The authors note that building awareness of the long-term risks associated with exposure to loud noises for an extended amount of time should be something that is routinely advised by physicians.

More studies need to be conducted to find the specific factors contributing to recreational noise-induced hearing loss, but for now, it may be worth it to promote earplug use at music festivals.

Green Mediterranean Diet: Why It’s Healthier Than The OG Mediterranean Diet
Pregnancy has no effect on long-term immune response to SARS-CoV-2 mRNA vaccination
This Super Bowl, I’m Rooting For Everybody Black
How to Tell When You’re Actually Ovulating
FDA Approves Orserdu (elacestrant) for Patients with ESR1 Mutations in ER+, HER2- Advanced or Metastatic Breast Cancer