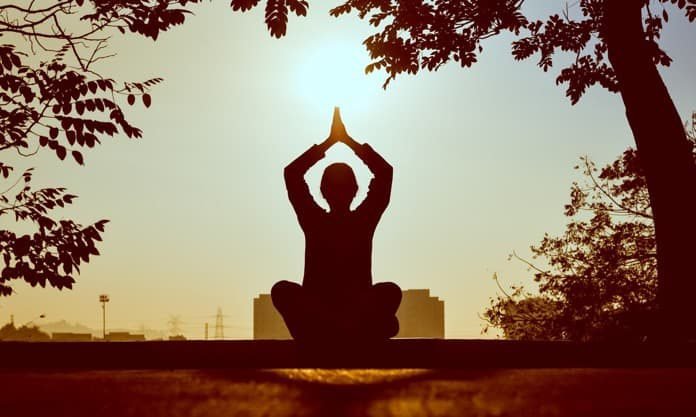 A recent study in BMC Psychiatry examines the impact of yoga for PTSD as a complementary treatment to psychotherapeutic intervention.

Post-traumatic stress disorder (PTSD) is a public health problem that has a worldwide prevalence of 6.1%. Substantial traumatic experiences result in PTSD and it commonly occurs among victims of violence, survivors of wars or natural disasters, veterans, and victims of violence or sexual assault. There is re-experiencing, arousal, cognition, avoidance and mood-related disturbances which occur in people with PTSD. A number of psychological as well as pharmacological approaches are used in treating this condition. A superior primary line of treatment for this has been psychotherapy. However, a large population of those affected are not open to psychotherapeutic approaches, thus a need for complementary treatments are important. A recent article published in the journal BMC Psychiatry reviewed other studies conducted by researchers in Germany to examine the impact of yoga on PTSD.

How can yoga improve symptoms of PTSD?

Traditional yoga combines spiritual and philosophical approaches and is a holistic means of combining the mind, body, and spirit. Yoga has been used as a complementary treatment in a number of other psychiatric conditions including anxiety disorders, psychosis, and depression. Physical activity is a very important element in yoga; it is believed to reduce the load created by stress and lead to increased parasympathetic activity. Thus yoga directly affects a region of the brain called the amygdala, triggering a balance by acting on the parasympathetic branch of the brain. The parasympathetic branch is the one responsible for calming the body, creating the opposite of the flight-or-flight response triggered during a condition like PTSD.

Yoga for PTSD may have biological and psychological benefits

It is believed that the impact of yoga on people with PTSD is both biological and psychological. It triggers calmness through the practice of relaxation, meditation, and breathing interventions involved in the practice of yoga. The mindfulness involved in practicing yoga allows individuals to pay attention to and acknowledge unpleasant emotions and memories from a non-judgemental safe stance. This provides psychological betterment for those battling PTSD. This study is a review conducted using the Preferred Reporting Items for Systematic Review and Meta-analysis (PRISMA) statement and recommendations of the Cochrane Collaboration.

The study included adults with PTSD diagnosed by a clinician-administered instrument or validated self-report instrument. Participants with comorbid physical or mental disorders were included. Studies were included irrespective of the type of yoga practiced, frequency, duration of intervention program or duration of yoga sessions. Control interventions including randomized control trials comparing yoga to no treatment, or attention control. Studies wherein co-interventions such as pharmacotherapy were used were included as long as all participants in the group received the same co-intervention.

More research needed to add strength to the study findings

The results of the study the following the meta-analysis pointed to statistically significant effects of yoga for PTSD symptoms. While yoga is not superior to attention control interventions, its true effect is different from an estimated effect. The applicability of the findings is rather limited due to the fact that the majority of the studies excepting one were conducted in North America. An important limitation of this review is the fact that less reliable and less precise self-report measures were also used. An important future consideration is to use proper diagnostic criteria. More high-quality research is important to add strength to the findings of this research study.

Health Canada Approval of Phase 2 Clinical Trial with Low-Dose Psilocybin
Pfizer expects 2023 sales to decline as much as 33% compared with record-breaking 2022
The Covid pandemic drives Pfizer’s 2022 revenue to a record $100 billion
COVID Emergency Orders Ending: What’s Next?
Where does COVID-19 rank as an underlying cause of death for children and young people in the US?