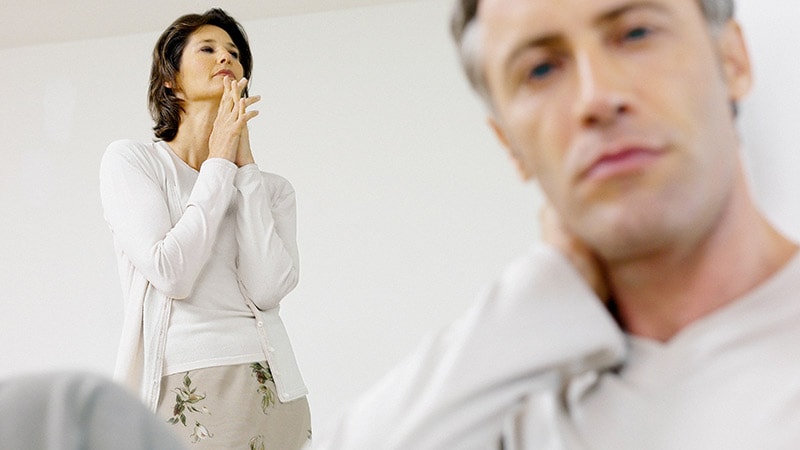 “This study indicates a substantial role of separation anxiety in predicting suicidal thoughts, both as state-related symptoms…and as longitudinal dimension symptoms,” say the investigators, led by Stefano Pini, MD of the Department of Clinical and Experimental Medicine, Section of Psychiatry, University of Pisa, Italy.

“Greater understanding of the influence of separation anxiety in patients with affective disorders may encourage personalized interventions for reducing suicide risk,” they add.

The study was published in the March/April issue of the Journal of Clinical Psychiatry.

The authors describe a “close link between suicidal behaviors and interpersonal difficulties extending beyond the traditional approach of comprehending suicide as a phenomenon mainly related to depression.”

Previous research indicates that insecure adult attachment style might be associated with a greater likelihood of suicidal thoughts and attempts, and there might be an association between individual abnormal attachment sensitivity and suicide.

“Suicidal ideation or suicide attempts may be associated with disturbances in attachment, which may lead not only to a devastating experience of losing the feeling of interdependence and closeness but also to a rejection of life itself,” the authors suggest.

ASAD may be a “key factor” in understanding the relationship between individual attachment sensitivity to separation and suicidality.

An ASAD diagnosis was traditionally reserved for children and adolescents, but DSM-5 expanded the diagnosis to include adults over age 18 years because research had “found a later onset to be common,” spanning the life course, even in the absence of a history of separation anxiety in childhood.

“Separation anxiety is an important clinical dimension, often with roots in childhood, but likely to manifest across the lifespan,” the authors note, adding that it is “frequently underdiagnosed.”

The relationship between ASAD and suicidality has not been explored extensively, so the researchers set out to examine the association.

Participants completed an array of scales, including item 3 on the Hamilton Depression Rating Scale (HDRS), which measures suicidality, as well as the Mood Spectrum Self-Report (MOODS-SR), a questionnaire evaluating lifetime suicidal symptoms.

“All measures of adult as well as childhood separation anxiety were significantly elevated in the group of patients with current suicidality, based on HDRS item 3,” the authors report.

Table 1. Separation anxiety in mood and anxiety/OCD patients with vs without current suicidality.

In addition, “mediation analysis showed that, besides a direct effect, there is also an indirect effect of depression severity on the MOODS-SR suicidality score through the ASA-27 score, indicating that separation anxiety may act as an important mediating factor in the relationship between depression and suicidality,” the authors state.

The authors observe that separation anxiety “is an important clinical dimension, often with roots in childhood, but likely to wax and wane across the lifespan and even to manifest for the first time during adulthood.”

Commenting on the study for Medscape Medical News, Megan Rogers, PhD, postdoctoral research fellow, Mount Sinai Beth Israel, Mount Sinai Beth Israel, New York City, said the findings “point to symptoms of separation anxiety as a potential indicator of suicidal ideation, and should these findings be replicated and extended through longitudinal research, it suggests that symptoms of separation anxiety may be a relevant treatment target in certain populations to mitigate suicide risk.”

Rogers, who is the student division director at the American Association of Suicidology and was not involved with the study, said she thinks that studies of suicide have focused more on “individual symptoms of separation anxiety, such as excessive worry about loved ones or distress when anticipating separation from loved ones, rather than on separation anxiety as a categorical diagnosis.”

However, the study has important take-home message for practicing clinicians, Rogers said. “In individuals with separation anxiety disorders, particularly those with comorbid mood conditions, it may be worth conducting a more thorough assessment of suicide risk, given the possibility of elevated suicidality in these patients.”

The study was supported in part by the German Research Foundation and the Fondazione Cassa di Risparmio di la Spezia. The authors and Rogers have disclosed no relevant financial relationships.