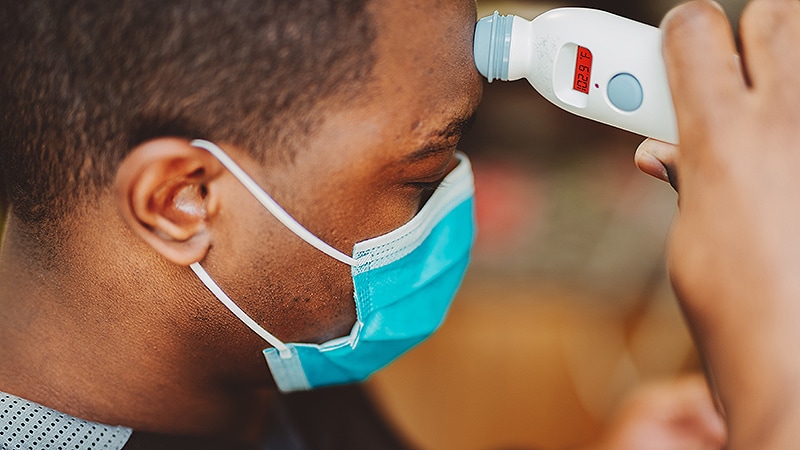 The significant role and impact of structural racism needs to be considered in racial and ethnic health-disparities research, say the editors of the American Heart Association (AHA) journal Circulation: Cardiovascular Quality and Outcomes.

The statement — The Groundwater of Racial and Ethnic Disparities Research: A Statement from Circulation: Cardiovascular Quality and Outcomes — was published online February 11 in the journal.

“For too long, racial and ethnic disparities in healthcare quality and outcomes reported by researchers in scientific journals have attributed such differences to individual factors or local systems with less attention paid to the underlying role of societal factors,” write the journal editors, led by associate editor Khadijah K. Breathett, MD, University of Arizona, Tucson.

“Yet health equity will likely remain out of reach if such methods to understand and intervene upon racial and ethnic disparities do not intentionally address entrenched systematic challenges, such as structural racism,” they state.

The authors say the statement was an act of “self-reflection” prompted by a recent article in Health Affairs that called on scientific journals and researchers to methodically examine structural factors, including racism, when studying racial and ethnic disparities.

To that end, the editorial team developed specific instructions for authors to encourage consistent framing, terminology, and methods aligned with established best practices for scientific research on racial and ethnic disparities in health.

The guidance states that the use and misuse of race (and similarly ethnicity) is an important issue in health-disparities research. Therefore, a key principle going forward is to measure race and ethnicity correctly by “enabling people to self-report race and ethnicity.”

In a similar vein, the way race is categorized after data collection also matters.

“For instance, describing subjects as White versus non-White upholds a belief that White race is the standard by which all other populations should be measured. Although this may not be the intention and may be due to underrepresentation of Black, Indigenous, and People of Color, it reflects tenets of structural racism,” the authors say.

To ensure broad perspectives, health-disparities research teams should include researchers with diverse backgrounds, they advise.

The document lists the following five “best practice” recommendations, which are effective immediately for all research submitted to the journal:

The guidance will be continuously reviewed, refined, strengthened, and updated as needed, the authors say; it is currently being reviewed by the editorial teams of all 11 AHA journals.

“Race is associated with so much more than genetics and ancestry, including social determinants of health (e.g., income, education, housing) that also are inextricably linked to systemic and structural racism,” Erica S. Spatz, MD, MHS, associate editor of Circulation: Cardiovascular Quality and Outcomes, said in an AHA news release.

“We need our work in disparities research to reflect these complexities if we are to move from merely describing differences to making meaningful change,” added Spatz, from the Yale School of Medicine, New Haven, Connecticut.

“We do not want this statement to discourage racial and ethnic disparities work. In fact, we hope this statement will inspire more and even stronger research in the field,” added Brahmajee K. Nallamothu, MD, MPH, from University of Michigan, Ann Arbor, who is editor-in-chief of the journal.

The new guidance builds on the AHA’s November 2020 Presidential Advisory, entitled Call to Action: Structural Racism as a Fundamental Driver of Health Disparities.

That advisory declared structural racism a “fundamental cause” of persistent health disparities, poor health, and premature death from heart disease and stroke in the United States, and outlined the AHA’s plan to accelerate social equity and healthcare and outcomes for all people.

Disclosures provided by Breathett, Spatz, and Nallamothu are in compliance with AHA’s annual journal editor disclosure questionnaire. The other authors report no relevant disclosures.