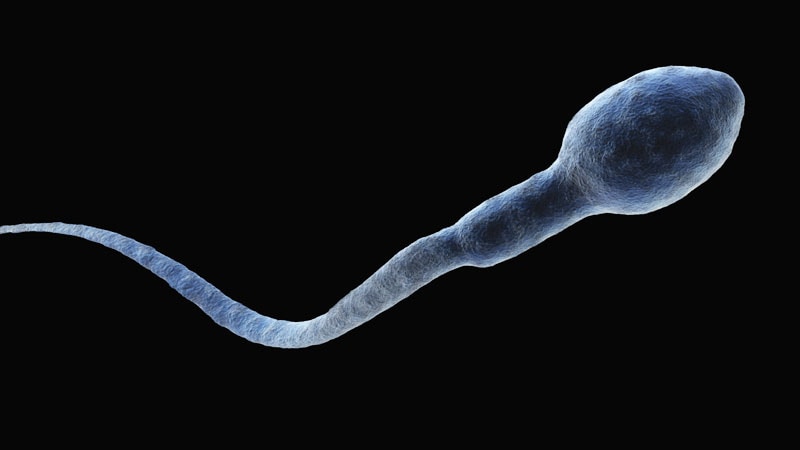 Antibodies that bind to sperm might be an effective nonhormonal method of contraception, at least according to early studies in sheep, researchers report.

When researchers introduced engineered human anti-sperm antibodies into the ewes’ vaginas, they found a 99.9% drop in forward-moving sperm, according to a report in Science Translational Medicine. The antibodies pulled the sperm into clumps (a process called agglutination), trapping them in the cervical mucus and preventing them from reaching the egg.

More than 10 million women in the United Statesd take birth control pills, according to the Guttmacher Institute, but not all women can use the hormone-based contraceptives. The in vivo proof-of-concept experiments described in the new study are a step toward developing a nonhormonal contraceptive for women.

“The possibility of harnessing antibodies for contraception has been known for decades. Early on, investigators focused on developing contraceptive vaccines, due in part to the exorbitant costs of manufacturing antibodies. However, those approaches largely failed due to the variable antibody response that can quickly wane over time, as well as poor control over reversibility,” senior author Samuel Lai, PhD, professor in the Division of Pharmacoengineering and Molecular Pharmaceutics at the University of North Carolina at Chapel Hill (UNC), told Medscape Medical News.

New technology has reignited interest in sperm-based contraception, though. Lai credits “the remarkable advances in bioprocessing that have greatly reduced the costs of antibody manufacturing, and also advances in molecular biology that allow us to engineer antibodies with greater potency.”

In the new study, first author Bhawana Shrestha, PhD, a postdoctoral researcher at UNC, and colleagues attached six, eight, or 10 antigen-binding fragments to an IgG “parent” antibody. The antibodies target a small glycoprotein (CD52) found only on human and chimp sperm. The engineered multivalent antibodies have potency and sperm-binding abilities at least 10-fold greater than those of unaltered IgG.

In an initial set of experiments, the investigators used computer-assisted sperm analysis to show that the three engineered antibodies agglutinated sperm in under a minute ― speed is important in crafting a contraceptive that effectively blocks the journey to the cervix. Then “sperm escape assays” evaluated the antibodies with different sperm densities and with native semen or sperm that were washed, capacitated, or subject to “high-speed vortexing” to simulate “agitation and mechanical stress in the vagina.”

For in vivo experiments, the researchers adapted a postcoital test used in human clinical trials for testing in sheep, the gold-standard animal model for evaluating vaginal products. Five sheep received the engineered human antibodies and were then stimulated with a vaginal dilator before and after delivery of whole human semen. One control sheep received unaltered IgG. After 2 minutes, the researchers recovered material from the sheep vaginas and assessed sperm motility.

Two of the engineered antibodies slowed sperm by more than 97%. The most efficacious of the trio, which slowed them by more than 99%, is being developed in IND-enabling preclinical studies, Lai said. The parent IgG on which the new antibodies are based is already in a phase 1a clinical trial, sponsored by ZabBio Inc. In that trial, 15 surgically sterilized women are testing the “human contraceptive antibody” as a vaginal film that is inserted prior to intercourse. Postcoital tests evaluate efficacy. (The authors of the new article have financial ties to ZabBio.)

An intravaginal ring inserted during the monthly fertility window is another possible delivery method for an antibody-based female contraceptive, according to the authors. Either approach is likely safe because IgG is a normal resident of the vagina, and the antibodies target a peptide unique to sperm.

“The present technology can be likened to passive immunization, with local delivery and with more potent antibodies engineered in the laboratory,” said Erwin Goldberg, PhD, professor emeritus of molecular biosciences at Northwestern University, Evanston, Illinois, who did pioneering work on the use of anti-sperm antibodies as a female contraceptive.

“I don’t think safety is an issue, and according to the authors’ estimates, chances of pregnancies are slim to none. Overall, the technology is promising, and the goal is desirable, but more work is required,” Goldberg told Medscape Medical News.

A limitation of the study is that it didn’t assess pregnancy prevention. A small percentage of sperm pass the cervix, Goldberg explained, so further experiments are necessary to extend the analysis in the female reproductive tract.

Lai is founder and CEO of Mucommune, a startup company developing products for female reproductive health, and is founder and CSO of Inhalon, a clinical stage company that has licensed muco-trapping antibody technologies. Mucommune is collaborating with ZabBio Inc on the phase 1 clinicial trial mentioned above. Goldberg reported no relevant financial relationships.