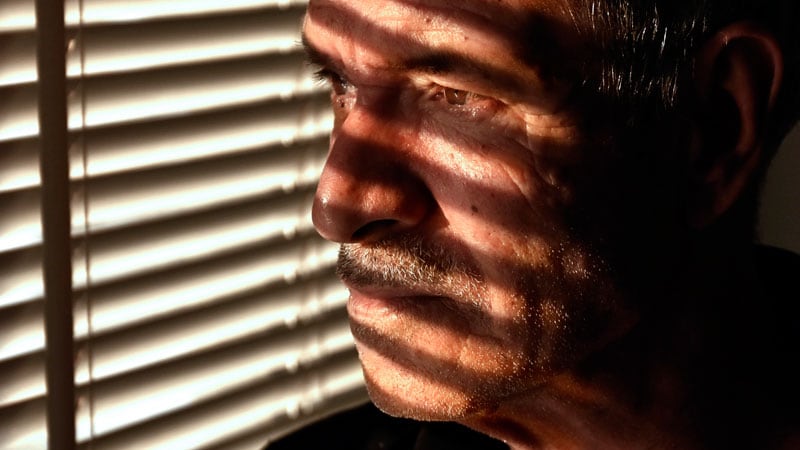 It seems that having 3,000 people die each day should spark widespread compassion and a change in public behavior to stop the spread of the virus. But not so. Despite pleas to stay put, holiday travelers at Thanksgiving crammed airports in record numbers for the pandemic, and airports are reporting busy travel for Christmas as well. People just don’t ignore stay-at-home orders, they flout them. In Los Angeles, police arrested 158 people at a ”super-spreader” party, despite stay-at-home orders. And plenty of people still argue they have a right not to wear a mask.

This seeming indifference that sets in when we’re faced with such a crisis is known by mental health experts as psychic numbing, says Paul Slovic, PhD, a professor of psychology at the University of Oregon, Eugene, and president of Decision Research, a nonprofit institute that investigates decisions of modern life.

Psychic numbing ”is a lack of feeling associated with information,” he says. “The meaning of information is heavily determined by the feeling that information creates in us.”

How we react to a crisis like the pandemic depends on the mode of thinking we are using, Slovic says. He cites the work of psychologist Daniel Kahneman, winner of a Nobel Prize in economics for his work on decision-making and author of the bestseller Thinking Fast and Slow.

Slow thinking uses mathematical models, Slovic says; it’s how we were taught to think in school. “We can think that way but rarely do it because it’s hard work,” he says. “The human brain is lazy; if it can [process information] through feeling, that’s our default mode of thinking.”

The only way to understand the impact of the COVID toll, Slovic says, is to think slowly and carefully so we understand what science is telling us. Without doing so, as the numbers get bigger and bigger, he says, ”you don’t feel anything at all; it’s just a number.”

In their research, Slovic and others also have found that someone’s concern about others in danger doesn’t increase with the number of people affected. “One person in danger can signal a lot of strong feelings,” he says. “People will risk their lives to save someone in danger.” That’s especially true if the person is a loved one, he says.

He concluded that the decline in compassion may begin with the second endangered life.

Regarding the COVID death and case totals, he says, ”you don’t have a sense of the individual lives. That’s psychic numbing. You lose feeling, you lose emotions. These are [just] dry statistics.”

Psychic Numbing and Other Issues

“Psychic numbing is this adaptive way of not feeling or fully registering on an emotional level the sort of threat or, in some ways, the traumatic experience that is occurring,” he says.

So, every year becomes hotter, but ”we don’t want to think about what it means to our planet,” Griffin says. Psychic numbing allows us to ”be aware of something but not emotionally process or be in touch with the thing that is occurring.”

In a way, Griffin says, psychic numbing is like saying, ”Don’t intrude on my sense of safety.”

“When I interviewed survivors of the first atomic bomb dropped on a human population in Hiroshima, they often described their minds kind of shutting down. I came to call that psychic numbing.”

And, he says, “it can be adaptive,” helping people cope in some situations. In their cases, he says, it was a defense mechanism to get through the experience.

But when psychic numbing persists in the face of danger, Lifton says, it can create considerable problems, leading to withdrawal or even depression. It’s one of the symptoms of posttraumatic stress disorder (PTSD), he says.

Psychic numbing is playing a role in the COVID pandemic, Lifton says, as people use it to try to hold off their anxiety about death.

Psychic numbing can affect behavior, including resistance to mask-wearing and other preventive measures, Slovic and Lifton agree.

Public health experts need statistics to fight COVID, Slovic says, but he suggests they also try to trigger a feeling when they present numbers if they want to reduce psychic numbing.

For instance, showing a graph that shows the upward trends of cases and deaths could help. “Even if you don’t know the exact number, you can see the curve is going straight up. You get a feeling from looking at that fast-increasing curve,” he says.

Talking about individual cases is another good way to decrease psychic numbing, Slovic says. And as statistics are presented, health care providers should talk about crowded intensive care units and emergency rooms, he says. Stories of people who contracted COVID after denying the risk are also powerful, he says.

PLoS One: “Compassion Fade: Affect and Charity Are Greatest for a Single Child in Need.”

Dr. Scott Gottlieb says Merck’s Covid pill ‘can make a real difference’
Drug developed at Duke is approved by FDA as only therapy for congenital athymia
New measurement to predict fetal weight
If You Haven’t Tried Old Navy’s PowerSoft Pieces, We Have 19 Reasons Why You’re Missing Out
Pandemic Sleeplessness: Are Kids Tossing and Turning as Much as Adults?