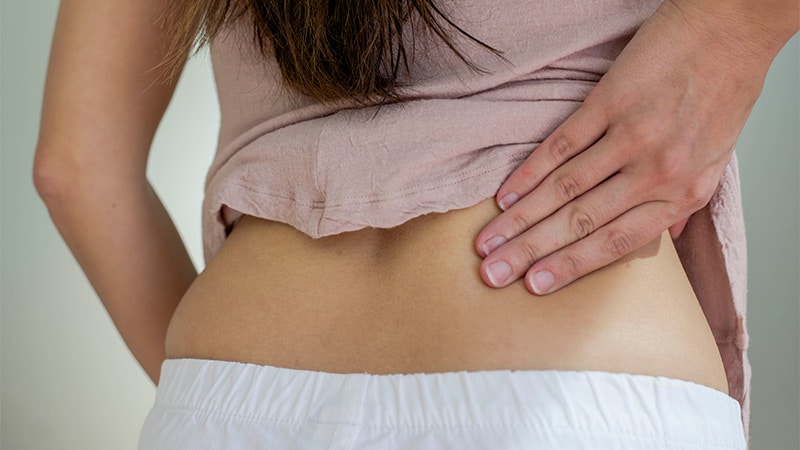 GHENT, Belgium – The Ankylosing Spondylitis Disease Activity Score (ASDAS) should be the preferred tool for disease activity assessment in patients with axial spondyloarthritis (axSpA) because it is not influenced by gender, according to new data on gender and patient outcomes as assessed by commonly used scoring methods and indices across the spectrum of SpA disease subtypes.

Benavent presented the results at the 13th International Congress on Spondyloarthritides. The study was also published online Sept. 12 in RMD Open.

“The ASDAS is more likely to be the activity score used because we are reassured that it performs well in both men and women. However, there is a need for more appropriate validated indices that are not affected by gender in peripheral spondyloarthropathies and psoriatic arthritis,” Benavent said.

So far, most data concerning gender differences have been described in patients with axSpA, and with various measurement instruments available to assess disease activity, function, and overall health. Benavent and his colleagues wanted to investigate the influence of gender on disease outcomes across not only axSpA but pSpA and PsA, too, to see if there were differences in the relationship between gender and these other disease subtypes.

In previous studies, ASDAS has shown better psychometric properties than the BASDAI for disease activity in axSpA. “But there is little validation in pSpA and PsA, and the influence of gender in the outcomes assessed by these instruments is unknown.

“Compared with men, women with an axSpA diagnosis tend to have more frequent peripheral and extramusculoskeletal manifestations, such as enthesitis and inflammatory bowel disease,” Benavent said in an interview. “However, males with axSpA present more radiographic damage and objective signs of inflammation.”

Martin Rudwaleit, MD, head of the department of internal medicine and rheumatology at Klinikum Bielefeld (Germany), who attended the talk, reflected on the findings.

“Decades ago, ankylosing spondylitis was largely considered a male disease as found in 80%-90% of cases. Later, with MRI, we started to diagnose patients earlier and learned that more females have the disease and that females have less structural damage in the spine than men. As such, male gender is a predictor for worse radiographic progression,” Rudwaleit said.

“The question is whether the female patients who are considered to have axSpA really have axSpA, or do they have other origins of their back pain?” he continued.

A total of 4,185 patients from 24 countries participated, with 65% having axSpA, 10% pSpA, and 25% PsA. Females totaled 38.8% of patients across all three types of spondyloarthritis. The researchers drew the data from the Assessment of SpondyloArthritis International Society (ASAS)-perSpA study.

“These data strongly suggest that female patients showed significantly more fibromyalgia across all disease subtypes, and the magnitude of the difference with men is notable,” Benavent said.”Fibromyalgia is associated with pain and worse patient-reported outcomes, which may bias outcomes with disease activity scores.”

When the researchers analyzed outcomes by the different scores and indices for each disease subtype, they found that females had worse scores for most indices (ASDAS, BASDAI, patient’s global assessment (PtGA), BASFI, ASAS HI, and EQ-5D). “However, for CRP, men presented worse scores across axSpA and pSpA, and no differences were found with women in PsA,” Benavent added.

Although there are differences between the genders according to the scores, these differences may be confounded and this will affect the score outcome: for example, confounding by fibromyalgia in women, he explained.

“ASDAS is better than BASDAI because it is similar in males and females, but this only holds true in axSpA, not in pSpA or PsA,” Benavent concluded.

Benavent declared serving on speakers bureaus for Janssen, Galapagos, and AbbVie, and receiving grant or research support from Novartis outside the submitted work. Rudwaleit declared financial relationships with AbbVie, UCB, and Lilly.