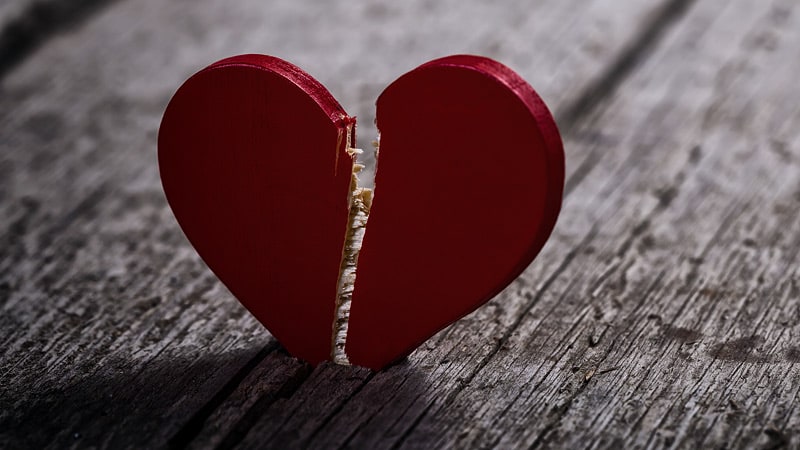 As a pediatric kidney doctor, Elaine S. Kamil, MD, is used to long hours helping children and teens with a variety of issues, some very serious, and also makes time to give back to her specialty.

In late 2013, she was in Washington, DC, planning a meeting of the American Society of Nephrology. When the organizers decided at the last minute that another session was needed, she stayed late, putting it together. Then she hopped on a plane and returned home to Los Angeles on a Saturday night.

Right after midnight, Kamil knew something was wrong.

“I had really severe chest pain,” she says. “I have reflux, and I know what that feels like. This was much more intense. It really hurt.” She debated: “Should I wake up my husband?”

Soon, the pain got so bad, she had to.

At the hospital, an electrocardiogram was slightly abnormal, as was a blood test that measures damage to the heart. Next, she got an angiogram, an imaging technique to visualize the heart. Once doctors looked at the image on the screen during the angiogram, they knew the diagnosis: Broken heart syndrome, known medically as takotsubo cardiomyopathy or stress-induced cardiomyopathy. As the name suggests, it’s triggered by extreme stress or loss.

The common symptoms are chest pain that can seem to come from a heart attack, shortness of breath, and fainting. The telltale clue to the diagnosis is the appearance of the walls of the heart’s left ventricle, its main pumping chamber. When the condition is present, the left ventricle changes shape, developing a narrow neck and a round bottom, resembling an octopus pot called takotsubo used by fishermen in Japan, where the condition was first recognized in 1990.

Like most who are affected, Kamil, now 74, is fine now. She is still actively working, as a researcher and professor emerita at Cedars-Sinai Medical Center and a health sciences clinical professor of pediatrics at UCLA. But she focuses more now on stress reduction.

Study: Condition on the Rise

New research from Cedars-Sinai suggests that broken heart syndrome, while still not common, is not as rare as once thought. And it’s on the rise, especially among middle-age and older women.

This ”middle” group — women ages 50 to 74 — had the greatest rate of increase over the years studied, 2006-2017, says Susan Cheng, MD, lead author of the study, published in the  Journal of the American Heart Association. She is the director of the Institute for Research on Healthy Aging at the Smidt Heart Institute at Cedars-Sinai Medical Center.

Cheng and her team used national hospital inpatient data collected from more than 135,000 men and women diagnosed with the condition during the 12 years of the study. More than 88% of all cases were women, especially in those age 50 or older. When the researchers looked more closely, they found the diagnosis has been increasing at least 6 to 10 times more rapidly for women in the 50-to-74 age group than in any other group.

The age groups found most at risk was surprising, says Cheng, who expected the risk would be highest in the oldest age group of women, those over 75.

While doctors are more aware of the condition now, “it’s not just the increased recognition,” she says. “There is something going on” driving the continual increase. It probably has something to do with environmental changes, she says.

Hormones and hormonal differences between men and women aren’t the whole story either, she says. Her team will study it further, hoping eventually to find who might be more likely to get the condition by talking to those who have had it and collecting clues. “There probably is some underlying genetic predisposition,” she says.

“The neural hormones that drive the flight-or-fight response (such as adrenaline) are definitely elevated,” she says. “The brain and the heart are talking to each other.”

Experts say these surging stress hormones essentially “stun” the heart, affecting how it functions. The question is, what makes women particularly more susceptible to being excessively triggered when exposed to stress? That is unclear, Cheng says.

While the condition is a frightening experience, ”the overall prognosis is much better than having a garden-variety heart attack,” she says.

But researchers are still figuring out long-term outcomes, and she can’t tell patients if they are likely to have another episode.

Other cardiologists say they are not surprised by the new findings.

“I think it’s very consistent with what I am seeing clinically,” says Tracy Stevens, MD, a cardiologist at Saint Luke’s Mid America Heart Institute in Kansas City, MO. In the last 5 years, she has diagnosed at least 100 cases, she says. The increase is partly but not entirely due to increased awareness by doctors of the condition, she agrees.

If a postmenopausal woman comes to the hospital with chest pain, the condition is more likely now than in the past to be suspected, says Stevens, who’s also medical director of the Muriel I. Kauffman Women’s Heart Center at Saint Luke’s. The octopus pot-like image is hard to miss.

“What we see at the base of the left ventricle is, it is squeezing like crazy, it is ballooning.”

“We probably see at least five to 10 a month,” says Kevin Bybee, MD, an associate professor of medicine at the University of Missouri-Kansas City School of Medicine.

The increase in numbers found by the Los Angeles researchers may not even capture the true picture of how many people have gotten this condition, he says. He suspects some women whose deaths are blamed on sudden cardiac death might actually have had broken heart syndrome.

“I have always wondered how many don’t make it to the hospital.”

Bybee, who’s also medical director of cardiovascular services at St. Luke’s South in Overland Park, KS, became interested in the syndrome during his fellowship at Mayo Clinic when he diagnosed three patients in just 2 months. He and his team published the case histories of seven patients in 2004. Since then, many more reports have been published.

Researchers from Texas used the same national database as the Cedars researchers to look at cases from 2005 to 2014, and also found an increase. But study co-author Abhijeet Dhoble, MD, a cardiologist and associate professor of medicine at UT Health Science Center and Memorial Hermann-Texas Medical Center in Houston, believes more recognition explains most of the increase.

And the pandemic is now playing a role in driving up cases, he says.

“In the last 2 years, we have been noticing increasing numbers of cases, probably due to the pandemic,” he says.

Over the years, Bybee has collected information on what is happening before the heart begins to go haywire.

“Fifteen to 20% of the time, there is no obvious trigger,” he says.

Other times, a stressful emotional event, such as the death or a spouse or a severe car accident, can trigger it.

One patient with an extreme fear of public speaking had to give a talk in front of a large group when she was new to a job. Another woman lost money at a casino before it happened, Bybee says. Yet another patient took her dog out for a walk in the woods, and the dog got caught in a raccoon trap.

Fierce arguments as well as surprise parties have triggered the condition, Bybee says. Physical problems such as asthma or sepsis, a life-threatening complication of an infection, can also trigger broken heart.

“It’s challenging because this is unpredictable,” he says.

The condition is rarely fatal, say experts from Harvard and Mayo Clinic, but some can have complications such as heart failure.

There are no standard guidelines for treatment, Dhoble of Memorial Hermann says. “We give medications to keep blood pressures in the optimal range.” Doctors may also prescribe lipid-lowering medicines and blood thinner medications. “Most patients recover within 3 to 7 days.”

“Usually within a month, their [heart] function returns to normal,” Stevens says.

Getting one’s full energy back can take longer, as Kamil found. “It was about 6 months before I was up to speed.”

Looking back, Kamil realizes now how much stress she was under before her episode.

“I took care of chronically ill kids,” she says, and worried about them. “I’m kind of a mother hen.”

Besides patient care and her cross-county meeting planning, she was flying back and forth to Florida to tend to her mother, who had chronic health problems. She was also managing that year’s annual media prize at a San Diego university that she and her husband established after the death of their adult son several years before.

“I was busy with that, and it is a bittersweet experience,” she says.

She is trying to take her cardiologist’s advice to slow down.

“I used to be notorious for saying, ‘I need to get one more thing done,’” she says.

Joanie Simpson says she, too, has slowed down. She was diagnosed with broken heart in 2016, after a cascade of stressful events. Her son was facing back surgery, her son-in-law had lost his job, and her tiny Yorkshire terrier Meha died. And she and her husband, Benny, had issues with their rental property.

Now 66 and retired in Camp Wood, TX, she has learned to enjoy life and worry a little less. Music is one way.

“We’re Parrotheads,” she says, referencing the nickname given to fans of singer Jimmy Buffett. “We listen to Buffett and to ’60s, ’70s, ’80s music. We dance around the house. We aren’t big tavern goers, so we dance around the living room and hope we don’t fall over the coffee table. So far, so good.”

They have plans to buy a small pontoon boat and go fishing. Benny especially loves that idea, she says, laughing, as he finds it’s the only time she stops talking.

Patients have a common question and worry: What if it happens again?

“I definitely worried more about it in the beginning,” Kamil says. “Could I have permanent heart damage? Will I be a cardiac cripple?” Her worry has eased.

If you suspect the condition, ”get yourself to a provider who knows about it,” she says.

Cardiologists are very likely to suspect the condition, Bybee says, as are doctors working in a large-volume emergency department.

Stevens of St. Luke’s is straightforward, telling her patients what is known and what is not about the condition. She recommends her patients go to cardiac rehab.

“It gives them that confidence to know what they can do,” she says.

She also gives lifestyle advice, suggesting patients get a home blood pressure cuff and use it. She suggests paying attention to good nutrition and exercise and not lifting anything so heavy that grunting is necessary.

Focus on protecting heart health, Cheng tells patients. She encourages them to find the stress reduction plan that works for them. Most important, she tells patients to understand that it is not their fault.

Journal of the American Heart Association: “Sex- and Age-Based Temporal Trends in Takotsubo Syndrome Incidence in the United States.”

American Journal of Cardiology: “Trends and Impact of the Use of Mechanical Circulatory Support for Cardiogenic Shock Secondary to Takotsubo Cardiomyopathy.”