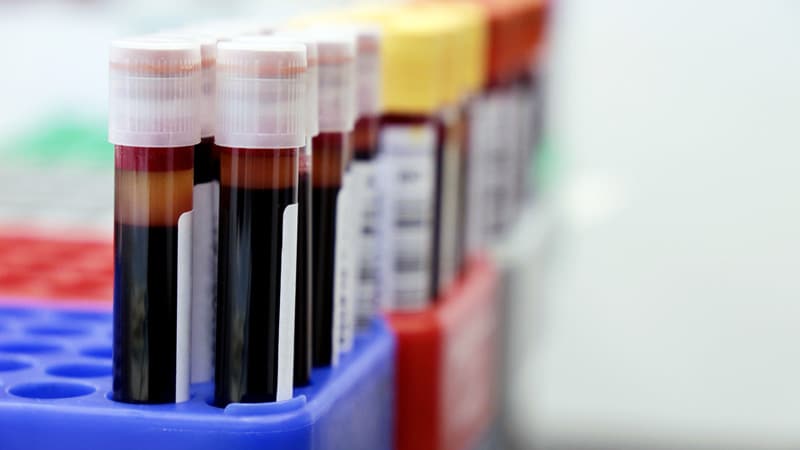 A blood test that uses a patient’s unique genetic signature has shown some ability to predict nonresponse to tumor necrosis factor inhibitors as treatment for rheumatoid arthritis, an observational clinical study has found, but the test’s predictive accuracy was well below 100%.

The NETWORK-004 study, published in Rheumatology and Therapy, was able to stratify patients who were likely to respond inadequately to TNFi therapy and could provide patient-specific information to guide therapy choice in RA patients regardless of whether they’ve already been on TNFi therapy. The study evaluated the MSRC test in 504 patients, 391 of whom were treatment naive.

The idea behind the test is to circumvent the “fail first” approach in finding the right therapy for RA in an individual patient. While the test costs $4,995, Alif Saleh, chief executive officer of Scipher Medicine, which markets the test under the name PrismRA, said in a press release that it has the potential to reduce costs by $19,000 or more per patient per year by avoiding treatments that don’t work. A previous study, which Scipher funded, reported that the test resulted in savings of $7,379 in per-patient costs of ineffective therapy. The same study reported a 25% decrease in costs for ineffective treatments for Medicare-eligible patients.

The price of RA drugs, particularly anti-TNF agents, is hefty and rising. GoodRx has reported that the price of RA drugs increased 92% from 2014 to 2019, and the prices for anti-TNF agents such as etanercept and adalimumab more than doubled in that period. Adalimumab can cost upwards of $84,000 per year while etanercept has a list price of around $72,000 a year. The pharmacy benefit manager WellDyne started covering the test MSRC in February.

Nehad Soloman, MD, a rheumatologist and internist at Midwestern University Arizona College of Osteopathic Medicine in Glendale and a compensated NETWORK-004 investigator, said the MSRC test would be indicated for confirmed RA patients for whom rheumatologists are considering biologic agents, particularly TNFi drugs. “You wouldn’t do it on an RA patient who’s been on several different medications because it doesn’t serve a purpose at that point,” he said.

The potential cost savings may not be the only reason to use the test, Soloman said. “You don’t want to be dabbling with the wrong drug if there’s another path you can try and save society some money as well as the time and energy it takes to monitor the patients – as well as the patient’s pain,” he said.

How the MSRC Test Works

The MSRC test detects a signal that’s associated with a high or very high likelihood of inadequate response to TNFi therapies and indicates that the patient is unlikely to achieve low disease activity or remission with TNFi therapies. Response is defined as achieving ACR50 – meaning 50% improvement in American College of Rheumatology response criteria – at 6 months.

The MSRC test differs from the multibiomarker disease activity blood test (MBDA; marketed as Vectra by Myriad Genetics) in the number of biomarkers it measures: 19 RNA transcripts vs. 12 serum protein biomarkers in MBDA. The MBDA test is also intended to provide a quantitative, objective measurement of RA disease activity rather than to predict nonresponse to TNFi or other biologics. A number of studies have validated the MBDA test for predicting disease control in RA patients, but not necessarily response to TNFi therapy.

The predictive accuracy went up to 74% with ORs of 3.4-8.8 for additional endpoints at 3 and 6 months (P < .01). Among patients who had already been on TNFi therapy, the predictive accuracy was 83% and associated with ORs of 3.3-26.6 based on ACR, 28-joint Disease Activity Score using C-reactive protein (DAS28-CRP), and Clinical Disease Activity Index (CDAI) metrics.

“Those who lack this signature can proceed with TNFi therapy and possibly achieve an increased response rate relative to the unstratified population,” wrote lead study author Stanley B. Cohen, MD, and colleagues.

Daniel E. Furst, MD, emeritus professor at the University of California, Los Angeles, described the design of the NETWORK-004 study as “excellent,” but said that it didn’t overcome potential issues with the MSRC test itself. “The results unfortunately are great for group data but not for individuals, with a predictive area under the curve of 60% to 80%, it really is not that useful,” he said. “Let’s say you’re a patient who’s not doing well, and I do a test and it’s positive; that still means that 20% of the time you will respond.”

He also noted that he coauthored a paper that used decreases in DAS28 to predict nonresponse to certolizumab pegol plus methotrexate with 95% probability in the first 12 weeks of treatment. “That’s closer to what we need,” Furst said.

However, the MSRC test is a promising sign of where testing for predicting RA therapy is headed, he said. “We are steadily working toward genetic signatures that really are predictive on an individual basis,” Furst said. “It’s coming; it’s just not here yet.”

Furst had no relevant financial relationships to disclose. Soloman is a paid investigator and consultant to Scipher Medicine.

Standing is associated with better insulin sensitivity and metabolic health
Massive Numbers Of New COVID–19 Infections, Not Vaccines, Are The Main Driver Of New Coronavirus Variants
Virtual Pacing
Benefits of living in a community for seniors vs. living at home
High adherence to Mediterranean diet improves cognitive functions and memory